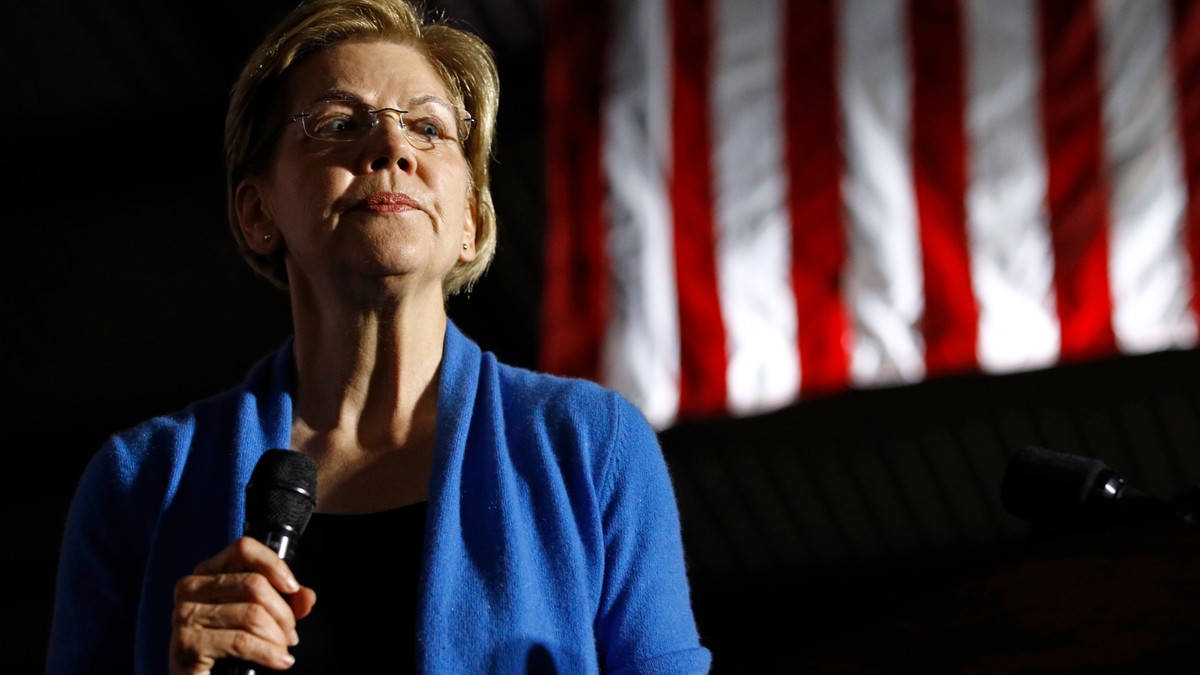 Elizabeth Warren will suspend her presidential campaign after a dismal Super Tuesday showing, leaving Bernie Sanders and Joe Biden as the only serious candidates fighting for the Democratic nomination.

Warren made the decision Thursday, two days after badly missing her delegate goals on the race’s most consequential night.

The Massachusetts senator had soared to the front of the Democratic field with a stirring series of summer debates, and leveraged a litany of progressive plans to draw huge rallies that drew both excited suburban moms and curious urban liberals — a strand of populism beloved by white college grads. Warren’s gradual build in the polls culminated in her overtaking Joe Biden for a brief moment in early October for a national lead..

But it was all downhill from there — and the one big plan Warren signed on for that she didn’t craft herself may have led to her eventual undoing.

Warren’s declaration at a late June debate that “I’m with Bernie on Medicare-for-All” put her squarely in the progressive lane of the race, setting her up to compete more directly with Sanders for votes and potentially alienating some of the more upscale, suburban and college-educated white voters who had previously pushed her to the front of the pack.

Her embrace of Sanders’ best-known plan pushed Warren to show how she’d pay for the plan, with reporters hounding her for months about it.

As Sanders largely skated by insisting he had a way to do so, Warren, ever the wonk, felt the need to outline pay-fors, and her answer faced criticism on all sides. After months of heat from the center for embracing the plan, she decided to offer a slightly modified version — a move that drew scorn from those on the left and did little to endear her to more moderate voters.

Throughout the fall and winter, Warren struggled increasingly to ward off other compelling candidates hunting for wonky suburbanites and white female voters — Pete Buttigieg and Amy Klobuchar — while failing to peel off most of the hardline progressive voters who largely remained committed to Bernie Sanders in the race.

That came as Warren leaned increasingly into her professorial “I have a plan” mantra rather than her rocky childhood and personal connection to poverty’s pain. While at her rallies and sometimes on the debate stage Warren emphasized her growing up on the “ragged edge of the middle class,” her campaign advertising focused mostly on her career work and criticism of big money.

And in spite of a concerted effort to reach nonwhite voters, including a heavy emphasis on intersectionality and lengthy critiques of (and plans to remedy) policies like redlining and underinvestment in communities of color, she never managed to catch on with most black and brown voters.

Warren’s third-place Iowa finish behind Buttigieg and Bernie Sanders undercut any chance she had to bounce back in the race, and a dismal fourth-place finish in New Hampshire, a state neighboring her own, was an even more severe body blow. She had a brilliant debate cutting Michael Bloomberg to shreds before the Nevada caucuses, a star turn that put her back in the national conversation and triggered a huge fundraising surge. But she had the bad luck of doing so after most voters had cast their ballots during early voting in that state.

And after railing against corporate capture of government for months, Warren’s sudden about-face on accepting super PAC help ahead of Nevada’s caucuses reeked of desperation, not to mention hypocrisy, undercutting a central plank of her campaign.

Warren limped into Super Tuesday after poor showings in Nevada and South Carolina, — and had an even rougher outcome that night, finishing in third place in her home state of Massachusetts and failing to reach the 15% viability threshold necessary to win statewide delegates in most of the 14 Super Tuesday states.

That left her with no path forward to even play spoiler, or kingmaker, in a potential contested convention. With the writing on the wall, Warren decided to end her campaign.

The big question going forward is whether Warren will endorse one of her former rivals. She might be the biggest voice but named Obama left on the sidelines, and Biden and Sanders would benefit from her support. But it’s unclear whether she’ll weigh in – she stayed neutral in the 2016 primary. If she does consider a nomination, she could have a lot of leverage to push the candidate she chooses to make some major promises in exchange for her support.

If You Have Coronavirus Symptoms in Canada, Here’s What You Should Do

Sanders v. Biden Is About to Get Really, Really Ugly