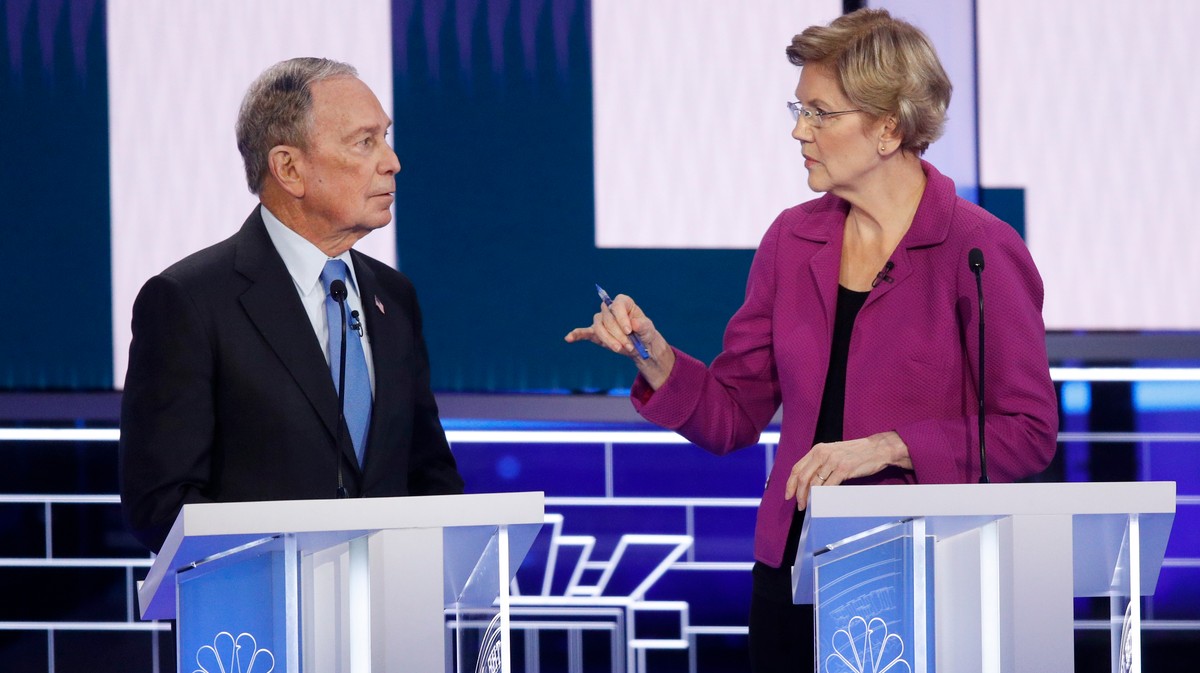 Sen. Elizabeth Warren came out swinging against her fellow Democrats on the debate stage Wednesday night.

She compared their healthcare plans to consultant-created PowerPoints and paper-thin Post-It Notes and just generally twisted the knife the rest of the candidates had already thrown at Mike Bloomberg.

“We need to get everybody’s healthcare plan out here,” Warren said. “Mayor Buttigieg really has a slogan thought up by consultants to paper over a thin version of a plan that would leave people unable to afford their healthcare. It’s not a plan; it’s a PowerPoint.

“And Amy’s plan is even less, it’s like a Post-It note, insert plan here,” she continued.

“Bernie has a good start,” Warren continued. “But instead of expanding and bringing in more people to help, his campaign relentlessly attacks everyone who asks a question or tries to fill in details about how to actually make this work, and then his own adviser said, ‘It probably won’t happen anyway.’”

(That was most likely a reference to Rep. Alexandria Ocasio-Cortez, a top Sanders surrogate who recently said that a public option might be the best possible outcome of the next healthcare fight.)

Warren then shifted gears to defending her own healthcare plan, which has repeatedly been attacked by Buttigieg and others over issues of cost and the end of private insurance.

“Healthcare is a crisis in this country. My approach is that we need as much help for as many people as quickly as possible and bring in as many supporters as we can,” Warren said. “And if we don’t get it all the first time, take the win and the come back in to the fight to ask for more.”

READ: Bloomberg got destroyed in the first 3 minutes of the debate