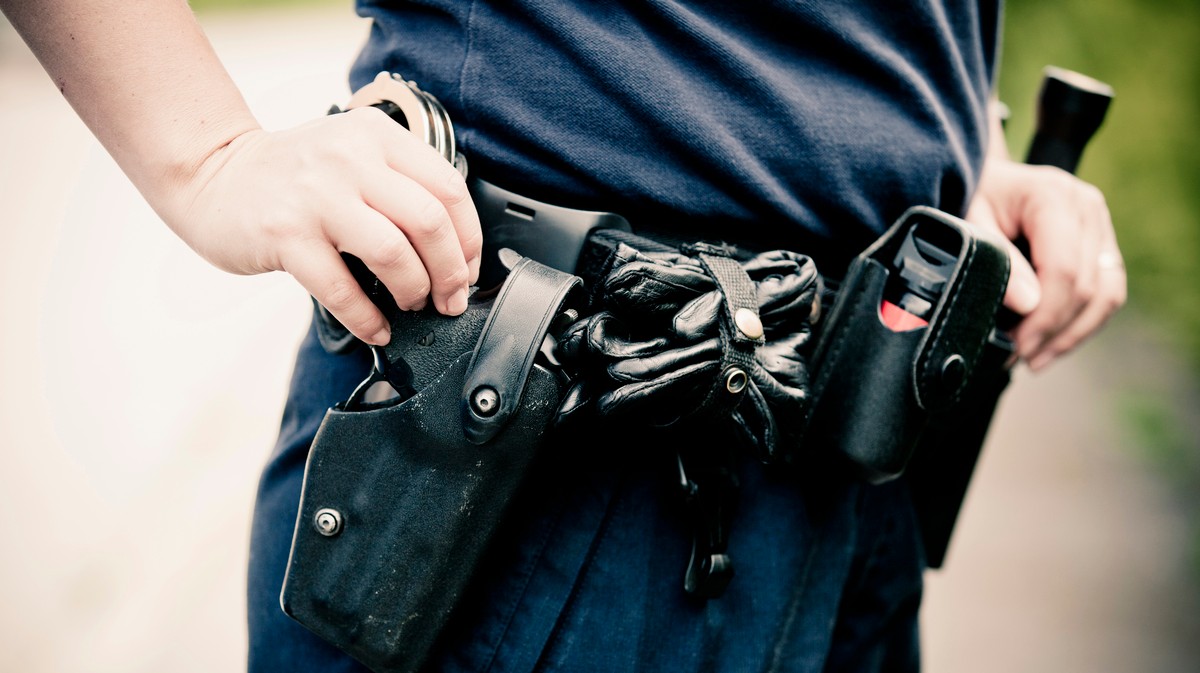 A former Georgia cop caught on video stomping a handcuffed black man’s head during a traffic stop has been found guilty and now faces up to 26 years in prison.

Robert McDonald, who was at the time an officer in Gwinnett County, was convicted of aggravated assault, battery, and violation of oath of office on Thursday, according to the Atlanta Journal-Constitution. The 28-year-old was called for backup in April 2017 by his mentor, former Sgt. Michael Bongiovanni, who had stopped, struck, Tasered, and handcuffed Demetrius Hollins for driving a car without license tags, although the charges were later dropped. A police report at the time also said Hollins was stopped because his vehicle, which smelled like marijuana, switched lanes without signaling.

Upon arriving at the scene, McDonald, who pleaded not guilty to the assault and maintained his innocence on all charges, was captured on cellphone camera stomping on Hollins’ head with his gun drawn. That footage was used repeatedly throughout McDonald’s trial. McDonald also said he felt threatened because Hollins had rolled over onto his side, and that he’d meant to step on the back of his shoulders.

McDonald also testified this week that Bongiovanni, usually calm, sounded panicked during a call over police radio, which made him believe, ‘Oh man, something’s really going on.’”

Bongiovanni later wrote in an incident report that Hollins “began to act strange” by saying things like “I need to call my mom” and “You have to let me go.” He also reported that he had previously arrested Hollins in 2016 for obstruction and marijuana charges, which contributed to him asking for assistance from McDonald.