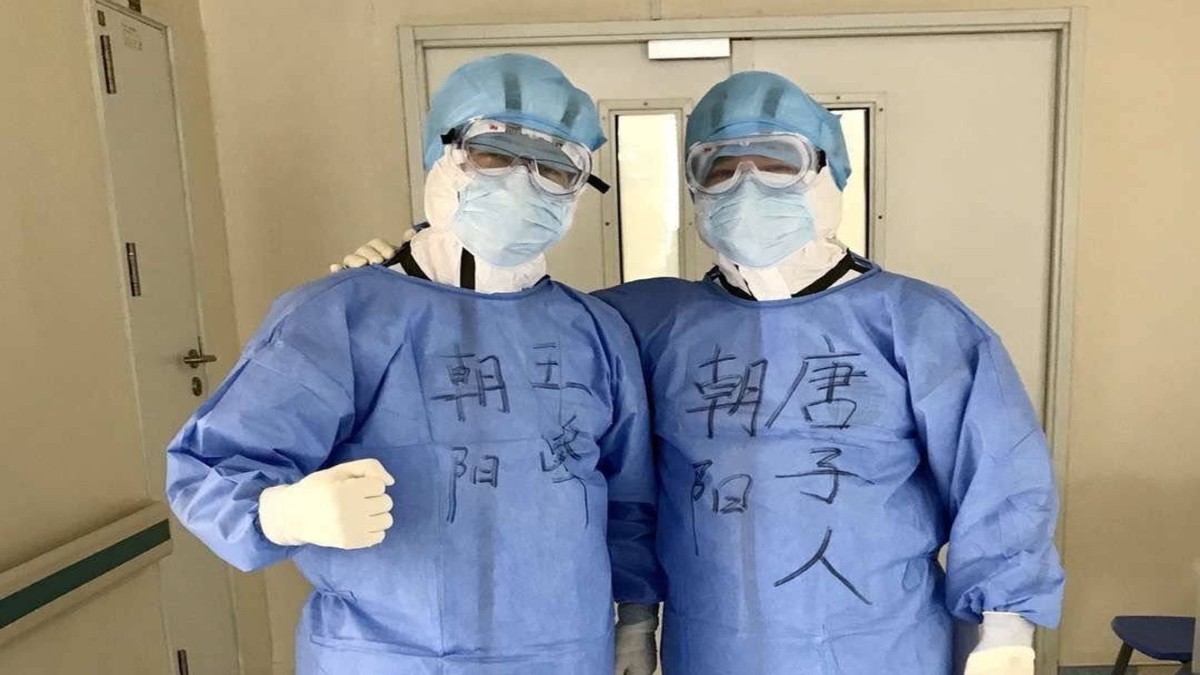 Medical workers in Wuhan are facing hellish conditions on the front lines of the fight against coronavirus, hobbled by shortages of vital protective equipment as the virus ravages their ranks.

One infected nurse at Wuhan Central Hospital wrote on the Chinese social messaging app Weibo this week that around 150 of her colleagues had confirmed or suspected cases of the virus, with the afflicted staff housed on an entire floor of the hospital.

She said the constant fear of contaminating her colleagues meant she would hold her breath when they came to check on her.

“I’m afraid the virus inside my body will come out and infect these colleagues who are still standing fast on the front line,” she wrote.

The heavy toll on medical staff battling the outbreak was acknowledged by the Chinese government Friday, when it revealed that more than 1,700 Chinese medical workers have been infected and six have died.

READ: The coronavirus outbreak just got much, much worse

Speaking at a news conference, Zeng Yixin, deputy director of the National Health Commission, pledged to provide more support to medical staff, amid reports of shortages of vital protective gear for medics battling to contain the outbreak.

“The duties of medical workers at the front are indeed extremely heavy; their working and resting circumstances are limited, the psychological pressures are great, and the risk of infection is high,” said Zeng. He said that nearly 90 percent of the infected medics were in Hubei province, whose capital, Wuhan, is the epicenter of the outbreak.

Zeng promised Friday the government would “tangibly improve the work conditions of front-line medical workers,” amid reports of shortages of critical protective equipment such as face masks, protective suits, and goggles in hospitals in Wuhan.

Hospitals in the city have repeatedly appealed for donations of equipment, with some reportedly reduced to making improvised protective suits out of garbage bags.

READ: Here’s how coronavirus spreads from bats to humans

The picture emerging from many hospitals in the city is bleak, with a high proportion of medical staff becoming infected with the virus. One report, citing a Chinese medical director, claimed two-thirds of the ICU staff at one Wuhan hospital had been infected due to a shortage of necessary equipment.

The outbreak has also demanded grueling hours from medical staff, who have worked round the clock to care for rocketing numbers of patients. Chinese state media has published pictures of nurses after finishing long shifts, their faces deeply creased from masks and goggles.

The government’s belated acknowledgement of the hazards facing medical workers is in stark contrast to the official insistence early in the outbreak that no health care workers were infected — and the push to silence those who tried to warn the public about the virus.

Li Wenliang, an ophthalmologist at Wuhan Central Hospital, expressed his concerns about the potential for human-to-human transmission of the virus in a chat group with fellow medics in late December, but was then summoned to the Public Security Bureau and accused of having “severely disturbed the social order.” He died from the virus earlier this month, sparking outrage among the Chinese public at his treatment by the authorities.

READ: China is erasing tributes to the coronavirus whistleblower

In Hong Kong, whose semi-autonomous status allows for more dissent than on the mainland, medical staff have been at the forefront of demands for the city’s government to completely seal the border with China. Last week, medical workers held their biggest ever strike in the city, angered by the authorities’ refusal to shut the border with Guangdong, the second hardest-hit province.

The snapshot of the toll on medics came as Chinese officials reported another sharp rise in infections Friday. The National Health Commission said it had recorded 121 new deaths and 5,090 new coronavirus cases on the mainland on Thursday, bringing the total number of infections to 63,851 and the death toll to 1,380.

Harvey Weinstein’s Closing Argument: Women Need to Take Responsibility for ‘the Men They Flirt With’