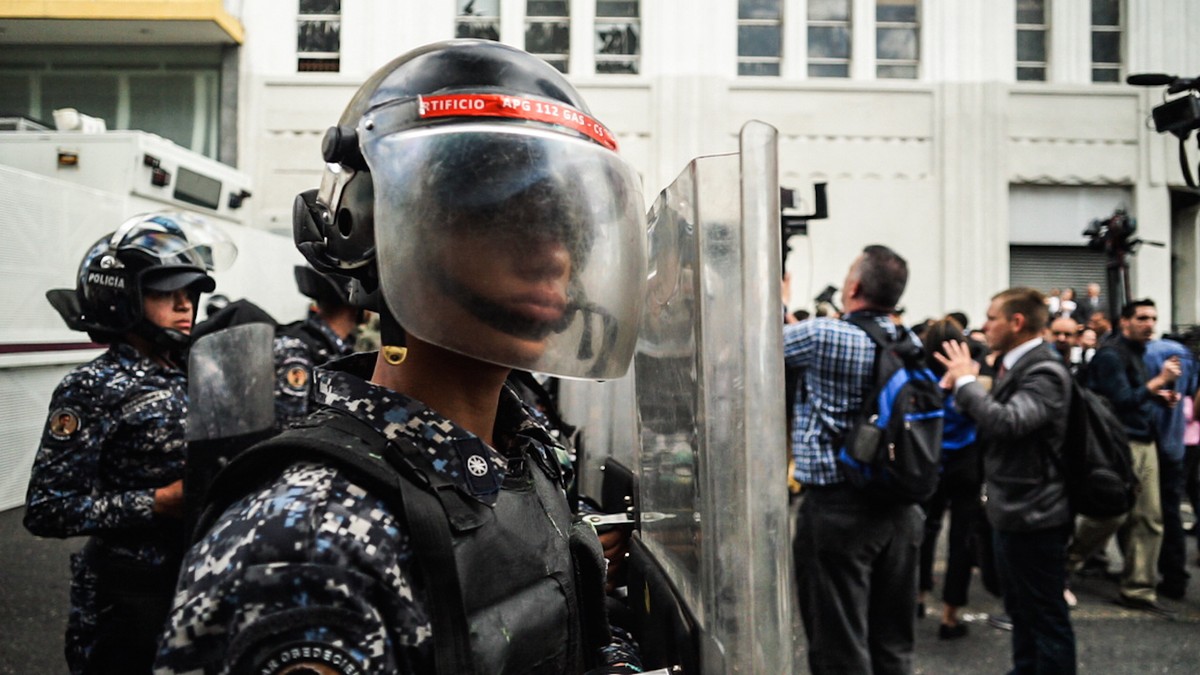 CARACAS, Venezuela — Self-declared president of Venezuela Juan Guaidó and hundreds of fellow politicians and student protesters just broke back into the office he just got kicked out of on Tuesday. But things have been getting weird in Venezuela since this weekend.

It started when Venezuelan President Nicolas Maduro sent riot police to physically block opposition lawmakers from voting in the most important legislative election of the year over the weekend.

The legislators blocked on Sunday had hoped to reelect Guaidó as the president of the National Assembly. But the National Guard in full riot gear stopped the deputies from entering and said that they were not real politicians.

“Today, for a couple pennies, like Judas did with Jesus Christ, they’re selling their people who’re starving,” said Deputy Oneida Guaipe, while she was stranded outside the building.

Guaidó literally tried to climb a fence to break into the building he had been in charge of for the last year, and a few opposition lawmakers who got in brawled with Maduro-supporting politicians. But representatives aligned with Maduro announced a new leader of the senate: Luis Jarra, who was pushed from the opposition party for alleged corruption.

Jarra running the National Assembly means Maduro has completely solidified his hold on power, with his party now in charge of every major body of government.

The feud between Guaidó and Maduro began one year ago, when the opposition lawmaker used an obscure clause in the constitution to declare himself the rightful president of Venezuela.

More than 50 countries, including the U.S., quickly jumped to support him in the hopes that he could oust Maduro, who is deeply unpopular internationally and has overseen Venezuela’s spiral into an economic and humanitarian crisis.