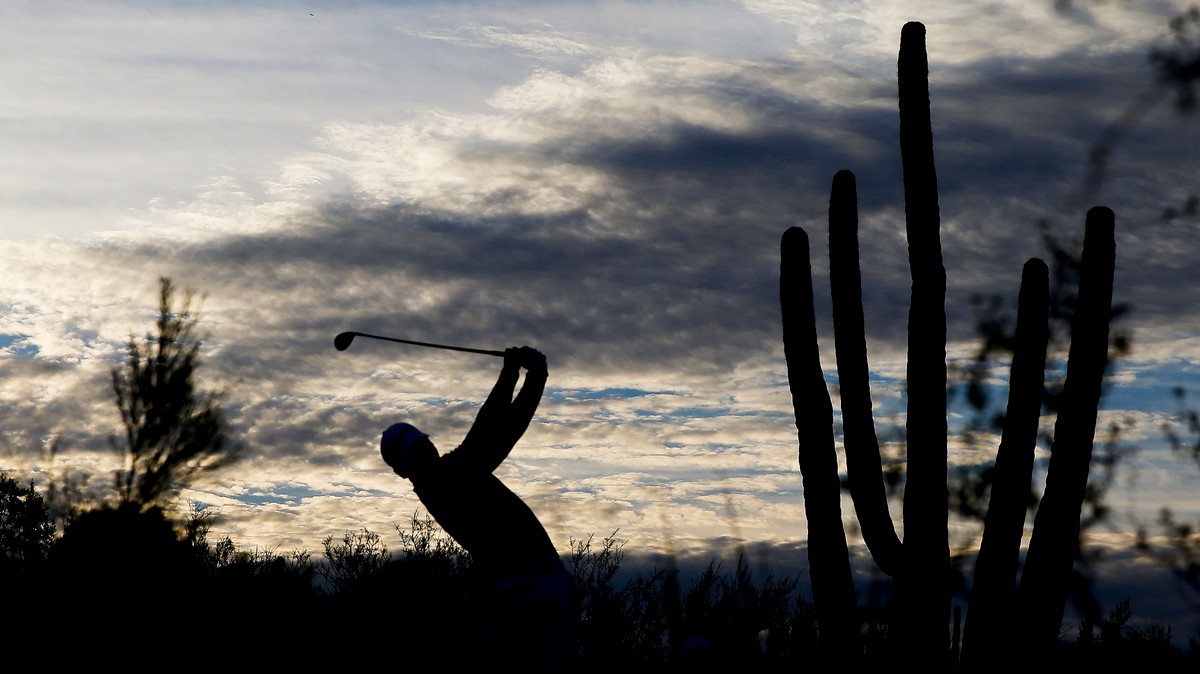 Arizona’s shelter-in-place order goes into effect Tuesday, but if you’re planning on playing a round of 18 there this weekend, don’t fret: The executive order from Gov. Doug Ducey allows for golfing to continue.

In his order, Ducey deemed outdoor exercise an “essential” activity which includes “walking, hiking, running, biking, or golfing, but only if appropriate physical distancing practices are used,” as the Phoenix New Times pointed out.

At least 30 states and Washington, D.C., have handed down shelter-in-place or stay at home orders of varying levels of severity, according to CNN. Most have ordered nonessential businesses to close, but what’s considered essential can vary from state to state, aside from the obvious ones: medical facilities, grocery stores, pharmacies, and gas stations, to name a few.

As it turns out, some states (and the federal government) have very different ideas of what’s considered essential or nonessential. And some companies have even declared themselves essential, like craft and fabrics chain JoAnn Fabrics and GameStop.

Even though cannabis is still technically banned under federal law, some states that have legalized distribution and sale in recent years are allowing medical dispensaries and pot shops to stay open as essential businesses.

Besides medicinal cannabis uses, there’s a genuine public health case to be made for recreational sales, too: Businesses forced to follow social distancing requirements are safer than the black market. At least one dealer in New York City, where cannabis has been decriminalized but not legalized for recreational sale and usage, said business has been booming for him during the coronavirus outbreak — even if customers are being a bit more cautious, according to the New York Times.

Liquor stores have also been deemed essential in most states. Earlier this month, the Wine and Spirits Wholesalers of America asked states to keep stores open “so as to not encourage bad actors to pop up black-market liquor operations,” according to industry magazine Drinks International.

The exception is Pennsylvania, where the state-owned wine and liquor stores have been closed since March 17 — St. Patrick’s Day.

“Gov. Tom Wolf should consider the huge impact his decision has had and reevaluate the complete closure of all Fine Wine and Good Spirits stores in Pennsylvania,” the presidents of the Distilled Spirits Council and American Distilled Spirits Association wrote in a joint op-ed published by the Lehigh Valley Morning Call on Tuesday.

In New Jersey’s original stay-at-home order, issued on March 21, Gov. Phil Murphy barred the opening of gun stores. He reversed course on Monday because over the weekend, the Department of Homeland Security changed its guidance on what should be considered an essential business to include “workers supporting the operation of firearm or ammunition product manufacturers, retailers, importers, distributors, and shooting ranges.”

It should be no surprise that the change came after an intense lobbying effort on behalf of the firearms industry aimed at the White House, according to the Wall Street Journal. “We are deeply appreciative to the Trump Administration and Department of Homeland Security for recognizing the vital role our industry fulfills in our nation,” a senior vice president for the National Shooting Sports Foundation, Lawrence Keane, told the Journal.

Even though he abided by the guidance, albeit with an appointment-only provision and limited hours, Murphy clearly wasn’t happy about it. “It wouldn’t be my definition,” Murphy said at a Monday briefing, “but that’s the definition at the federal level, and I didn’t get a vote on that.”

If you’re the kind of person who’s using this time to develop a green thumb (or begin your life as a prepper by stockpiling food), you’re in luck — as long as you live in Virginia. “Lawn and garden equipment retailers” are included as an essential business under Gov. Ralph Northam’s executive orders.

A previous order by Ducey issued last week allows for hair salons in Arizona to stay open, despite other states prohibiting them because of the close contact involved. “We’re sanitizing everything that our guests are touching, door handles, chairs and underneath the chairs,” one Tucson salon worker told TV station KOLD. “We’ve gotten rid of all our magazines just so they’re not touching those.”

Although Texas has no statewide shelter-in-place order, a stay-at-home order issued last week in Harris County, the state’s largest, deemed “furniture suppliers” essential. The Houston Furniture Bank said that it won’t enter homes to pick up donated furniture, and that visitors to the furniture bank “will be asked to complete a short health survey.”

Cover: FILE – In this Feb. 23, 2014 file photo, Jason Day watches his tee shot on the second hole in his match against Rickie Fowler during the fifth round of the Match Play Championship golf tournament in Marana, Ariz. (AP Photo/Chris Carlson, File)

Construction Workers Said Their Sites Are Still High-Fiving and Sharing Porta Potties: ‘We’re All Going to Get It’