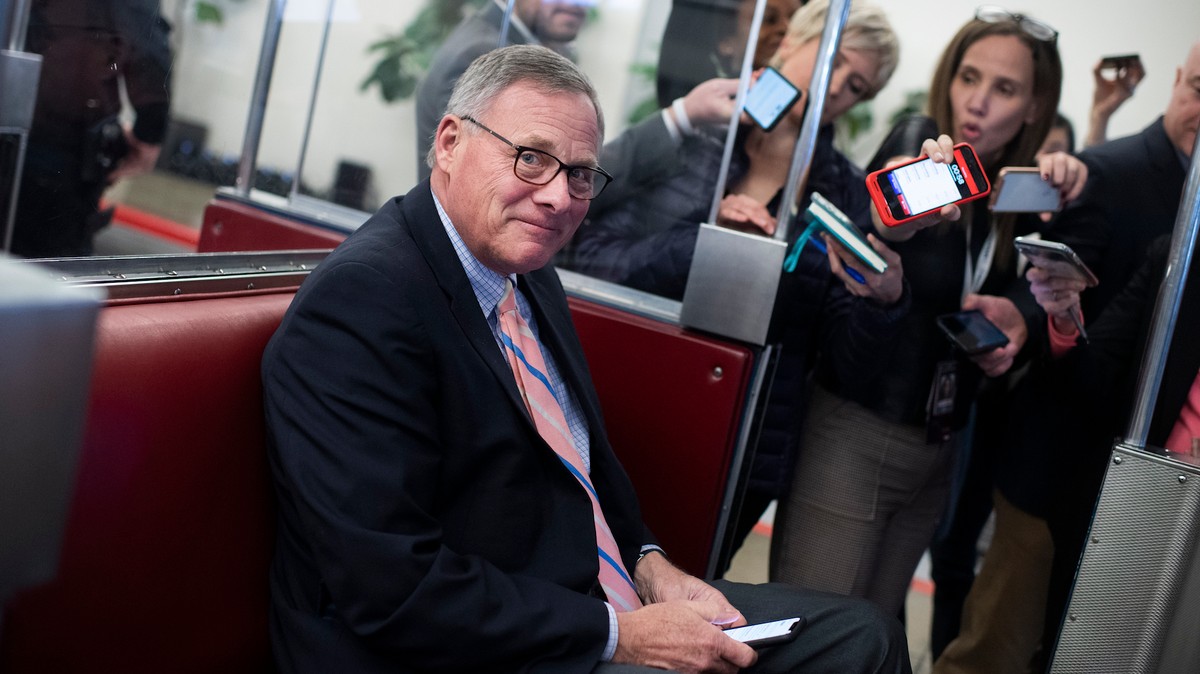 WASHINGTON – If you’re waiting for the hammer justice to fall on Senators who dumped stocks right before coronavirus fears tanked the market, keep waiting.

Members of Congress are exceptionally hard to bust for insider trading, despite evidence they’re somehow mysteriously able to outperform even many expert hedge fund managers with brilliantly-timed stock trades.

That’s because legislators enjoy special privileges they can use to bog down investigations and limit the fallout, former prosecutors and others with experience probing Congressional wrongdoing told VICE News.

While it’s technically illegal for members of Congress to buy or sell stocks based on private information — such as intel they might have learned in classified briefings about the coronavirus threat weeks ago — there are plenty of reasons why they’re very unlikely to go to jail for insider trading. Only one member of Congress in history ever has.

“It stinks to high heaven,” said Duncan Levin, a former prosecutor who ran the financial crimes unit of the Manhattan District Attorney’s office. “Unequivocally, without a shadow of a doubt, there’s enough here to say that they may have broken the law. But such a case is much more complicated to actually bring than you’d think by reading Twitter.”

Investigators would need to prove that the private briefings included non-public, market-sensitive information that was used by officials to protect their wealth. So far, such a claim remains far from proven.

“There’s no question this conduct is morally wrong.”

“There’s no question this conduct is morally wrong,” said Mimi Rocah, a former prosecutor with the Southern District of New York. “The legal question here is whether they’ll skate by because of the technical requirements of the statutes.”

Two Republican Senators have received the brunt of the criticism: Sen. Richard Burr of North Carolina, and Sen. Kelly Loeffler of Georgia. Both have denied wrongdoing.

Burr says he dumped up to $1.7 million in stock in mid-February based entirely on what he saw on television, and not the briefings he received as chairman of the powerful Senate Intelligence Committee. Loeffler, whose husband chairs the New York Stock Exchange, saved up to $1.5 million by selling after a Jan. 24 Senate Health Committee briefing. She says she relied on independent advisors and wasn’t personally involved in the trading decisions.

While at least four other senators and a scattering of House members and Congressional aides also adjusted their portfolios right before the crash, prosecutors will have to overcome special hurdles to even verify the facts about what really happened.

“It’s difficult to investigate sitting members: I’ve done it,” said Kevin Muhlendorf, who helped run fraud investigations at the Department of Justice and worked for the enforcement division of the Securities and Exchange Commission. “You have to jump through a lot of extra hoops.”

The Constitution provides one protective shield to members of Congress in what’s known as the speech and debate clause.

The text says that “for any Speech or Debate in either House,” members of Congress “shall not be questioned in any other Place.”

Broadly speaking, the clause has been interpreted to provide a degree of criminal and civil immunity for lawmakers when they’re engaging in official “legislative acts.” The rule has been used by members as a basis for refusing to answer subpoenas for information, and prosecutors must be careful that any evidence used to buttress their case avoids that prohibition.

“The speech or debate clause has been ridden pretty hard by defense attorneys representing members of the House or Senate,” said Robert Walker, former chief counsel of the Senate and House ethics committees and a former federal prosecutor. That “makes it very difficult to build a case against a member of Congress.”

In this instance, Senators could argue it means they don’t have to tell prosecutors what they heard in those briefings, including about any specific warnings that the new coronavirus could tank the stock market.

“If the information came in a committee briefing, there’s a pretty good argument that it’s privileged,” Muhlendorf said.

Figuring out what was even said in the briefing becomes even harder if the materials were classified, a problem could slow a probe or keep some pieces of information hidden. Investigators could subpoena the official who did the briefing, but even that could be tricky, and would partly depend on political will at the top of the Trump Administration.

Trump has stonewalled Congressional investigations in the past with blanket refusals to provide documents or executive branch witnesses for testimony. And he hasn’t seemed especially keen on crime-busting in this situation, either. Last week, he defended the Senators in question as “very honorable people.”

The wealth of anecdotal evidence that lawmakers buy stocks about to be helped by government decisions has given rise to widespread suspicions of insider trading on Capitol Hill, even though punishment remains exceedingly rare.

An academic study in 2004 showed that Senators’ stock picks beat the market average by 12% each year, outdoing hedge funds, which beat the market by 7-8% per year. Stocks picked by regular people underperformed by 1.4%.

Another study in 2011 found similarly impressive results for the House of Representatives.

Last week, after the scandal exploded, Burr asked the Senate Ethics Committee to review his trades in a move that would open up a non-criminal investigation.

In a worst-case scenario, the House or Senate ethics committees could get an offender booted out of Congress, or impose a fine. More likely, they’d deliver a reprimand or censure.

The ethics committee does have some advantages over federal prosecutors. As part of Congress, the committee wouldn’t be limited by the speech and debate clause or classification issues.

But the punishment on tap would be nominal compared to the 20-year prison sentence prosecutors could dish out for an insider trading conviction.

Still, there are also reasons to think this time might be different.

In this case, prosecutors would have a much easier time explaining the case to a jury, said Patrick Cotter, a former prosecutor from the Eastern District of New York who helped bring down the mobster John Gotti.

“This would be different from 99.9% of other insider trading cases, in which the jury has never heard anything about the company in question,” Cotter said. “In this case, everyone will remember what was going on.”

Countries Are Starting to Pull Out of the 2020 Olympics