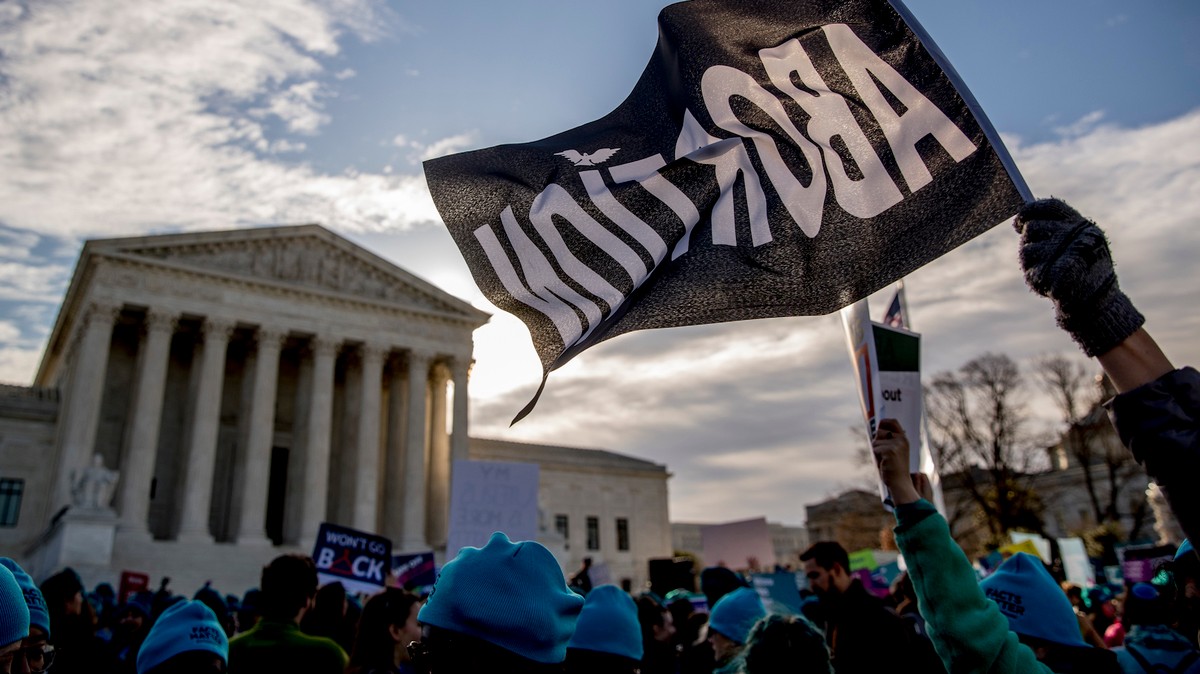 WASHINGTON — As the Supreme Court justices prepared Wednesday morning to hear arguments in the nation’s biggest abortion case in years, the few hundred protesters who’d gathered before the court steps wanted to make one thing clear: The U.S. could be facing the end of access to legal abortion.

The case, June Medical Services v. Russo, marks the first time the Supreme Court is hearing arguments in an abortion case since conservative justices Neil Gorsuch and Brett Kavanaugh joined the bench. Technically, the case revolves around the constitutionality of a Louisiana abortion restriction that requires providers to have “admitting privileges” at a nearby hospital.

If the restriction goes into effect, all but one of Louisiana’s abortion clinics will likely close. But while two providers currently have privileges, one had already stopped practicing, CBS News reported last year. The other provider has said in court records that he would stop offering the procedure out of fear for his safety if the Louisiana restriction is upheld. So, if abortion rights supporters lose the case, legal abortion could vanish in Louisiana.

READ: Here’s what you need to know about the Louisiana abortion case.

The rally to support abortion rights kicked off at 8 a.m. Women carried bright signs that declared “I Love Someone Who Had An Abortion,” “Won’t Go Back” — with an image of a coat hanger — and “Abortion is Kosher” (courtesy of the National Council of Jewish Women). One protester carried a man-sized sign that read, in stark black and white, “Thank God for Abortion.”

“We are all fighting for abortion access everywhere!” roared one speaker, before leading the crowd in a cheer of “This is what democracy looks like!”

READ: This is what happens when abortion providers are forced to lie to their patients.

The rally was also a who’s who of the abortion rights movement. Representatives from powerhouses like Planned Parenthood, the ACLU, and the Center for Reproductive Rights — whose attorneys are arguing the case in front of the Supreme Court, on behalf of a Louisiana abortion clinic — all showed up. Members of Congress as well as actresses Elizabeth Banks and Busy Phillips are set to speak.

A few dozen abortion foes gathered across the street from the Court, and some blew enormous horns in an effort to drown out the rally’s speakers. It sometimes worked, forcing the speakers to yell out their speeches in increasingly hoarse voices. But at the beginning of the day, at least, they were far outnumbered by abortion rights supporters.

The Louisiana law is practically identical to a Texas abortion restriction that the Supreme Court struck down as unconstitutional four years ago. If the justices now vote to let the Louisiana restriction go into effect, the precedent set by that ruling — once considered one of the abortion rights movement’s greatest victories — will be gutted.

Plus, if the Supreme Court is willing to overturn a four-year-old ruling, Roe may be next.

But when it comes to abortion access in the United States, little has changed since 2016, except for the makeup of the Supreme Court. And the crowd knew it.

“Trump has added two extreme ideologues to the Supreme Court: Neil Gorsuch and Brett Kavanaugh,” one speaker told the rally, which immediately erupted into boos and hisses.

The justices are also weighing whether providers, who file most major challenges to abortion restrictions, should even be allowed to sue on behalf of their patients. If providers lose that right, they’d likely have to find pregnant patients who are willing to sue, get a court order, undergo an abortion, and then keep up a lawsuit that could last for years.

Cover: Abortion rights demonstrators and foes rally outside the Supreme Court, in Washington, Wednesday, March 4, 2020, as the court takes up the first major abortion case of the Trump era Wednesday. (AP Photo/Andrew Harnik)

A Chinese Doctor Injected Herself With an Untested Coronavirus Vaccine