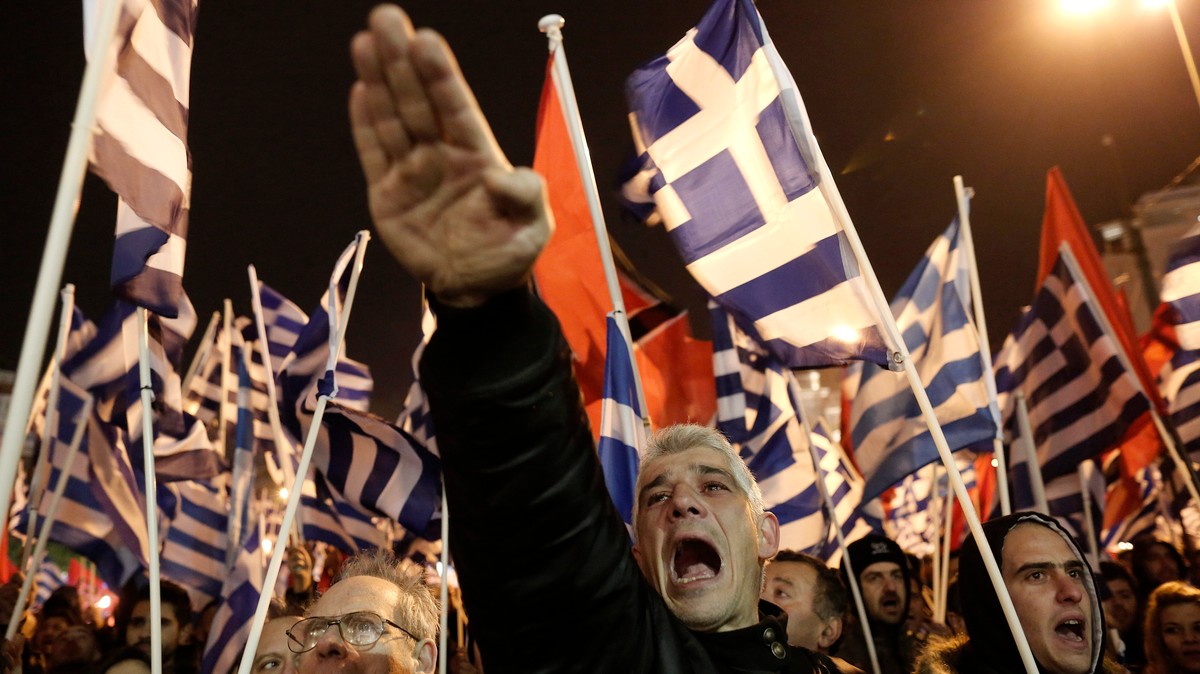 A German journalist was beaten by supporters of the Greek neo-Nazi party Golden Dawn while covering one of their rallies in Athens Sunday — just a year after he was assaulted in an almost identical attack.

Thomas Jacobi, who works for French newspaper La Croix and Germany’s Deutsche Welle, was pictured bleeding from his face after the assault by right-wing extremists, who beat him for more than four minutes while he was covering a rally against immigration in the Greek capital.

“They were hitting me for four and a half minutes until some policemen appeared. None stepped in. That’s the most shocking thing,” Jacobi told the Greek news site Proto Thema.

“I thought that with so many policemen there I could have done my job today. I was wrong again.”

The attack came almost a year to the day after Jacobi and several other journalists were assaulted by Golden Dawn supporters while covering a far-right rally in the city. Jacobi said that on both occasions he believed his attackers recognized him as having co-produced a 2016 documentary critical of Golden Dawn.


The latest assault has drawn widespread condemnation, and calls for answers as to how a journalist could be subjected to a sustained assault at a heavily-policed rally. Greece’s government condemned the “fascist attack” in “the strongest possible terms,” and vowed to bring the assailants to justice, said government spokesman Stelios Petsas.

“The freedom of the press and the protection of those exercising it is the duty of every democratic state,” he said.

“The existence of organized hit squads at the fringes of rallies aiming to intimidate journalists that are not of their liking can’t be tolerated,” the association said in a statement.