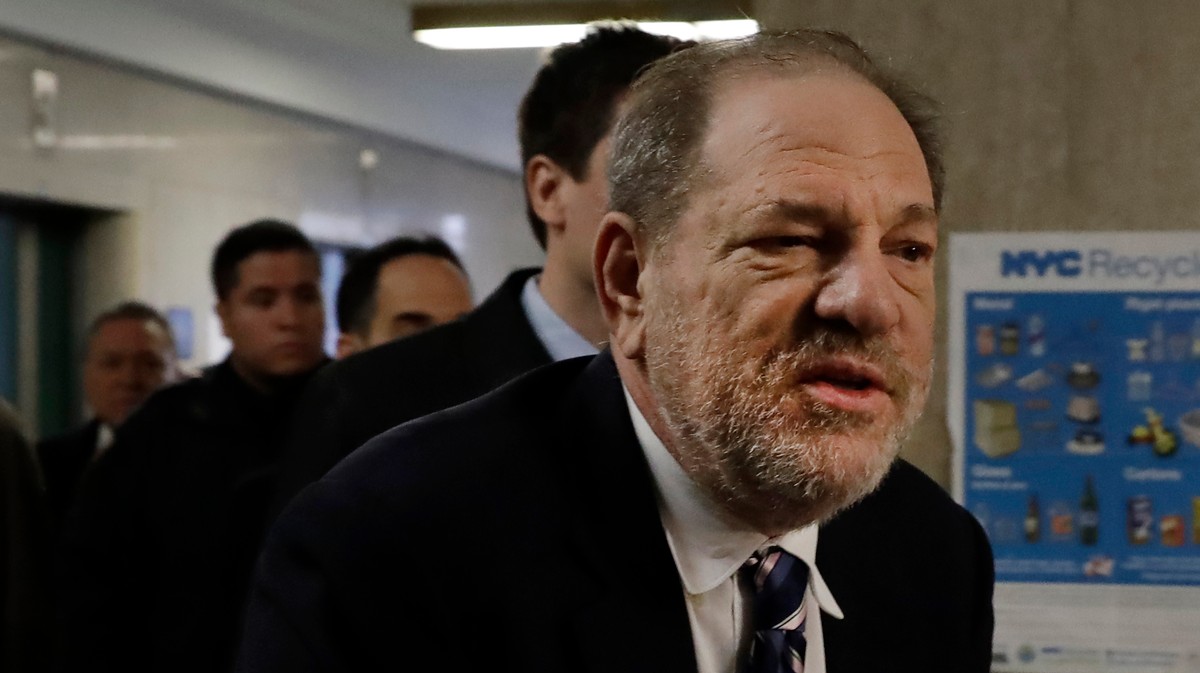 As Harvey Weinstein’s defense wrapped up its case Thursday, lead attorney Donna Rotunno stuck to the story her team has been trying to tell since Day One of the trial: that the disgraced Hollywood producer’s relationships with the women accusing him of sexual assault were transactional, but ultimately consensual.

“In the alternative universe that prosecutors have created for you, Harvey Weinstein is a monster,” Rotunno told the jury of seven men and five women, according to the Associated Press. “In their universe, women are not responsible for the parties they attend, the men they flirt with, the choices they make to further their own careers, the hotel room invitations, the plane tickets they accept, the jobs they ask for help to obtain.”

“In this script, the powerful man is the villain, and he is so unattractive and large that no woman would want to sleep with him,” Rotunno added, Variety reported.

Dozens of women have accused Weinstein of sexual misconduct, but Weinstein is facing five sex crime charges stemming from alleged encounters with just two: Miriam Haley, who says Weinstein forced oral sex on her in 2006, and Jessica Mann, who says Weinstein raped her in 2013. A total of six women testified against Weinstein during the trial, partially in an effort by prosecutors to detail Weinstein’s alleged pattern of abuse.

Weinstein has denied all allegations of nonconsensual sex.

Throughout the trial, Weinstein’s lawyers sought to portray his accusers as failing to distance themselves from him — something that all real assault victims do, the defense intimated. (A forensic psychiatrist who testified for the prosecution explained that it’s common for victims to continue to talk to their abusers, particularly if the two already know each other.)

In her remarks Thursday, Rotunno tried to hammer Haley and Mann for continuing to communicate with Weinstein even after the alleged assaults. She read out emails that Mann sent to Weinstein; after reading one where Mann asked if Weinstein would be in Los Angeles around her birthday, Rotunno called the message “another thing you don’t send your rapist,” according to BuzzFeed News. (Women who were sexually abused may try to avoid dealing with the abuse, the psychiatrist said, in an attempt to curtail its devastation. They may believe the abuser’s good qualities outweigh the bad.)

Rotunno also tried to cast doubt on Mann’s behavior during the alleged rape. Mann has said that Weinstein physically blocked her from leaving the hotel room, then commanded her to undress. She felt like she had to follow his orders.

“What does she do?” Rotunno said, according to Variety. “She gets naked, and she lays on the bed. This is not a rape. This is someone who agrees to do what has been discussed.”

But when Salinas took the stand, she said that “never happened.”

“If I had done that, I would have remembered,” Salinas testified. “I have never closed the door behind anybody, ever.”