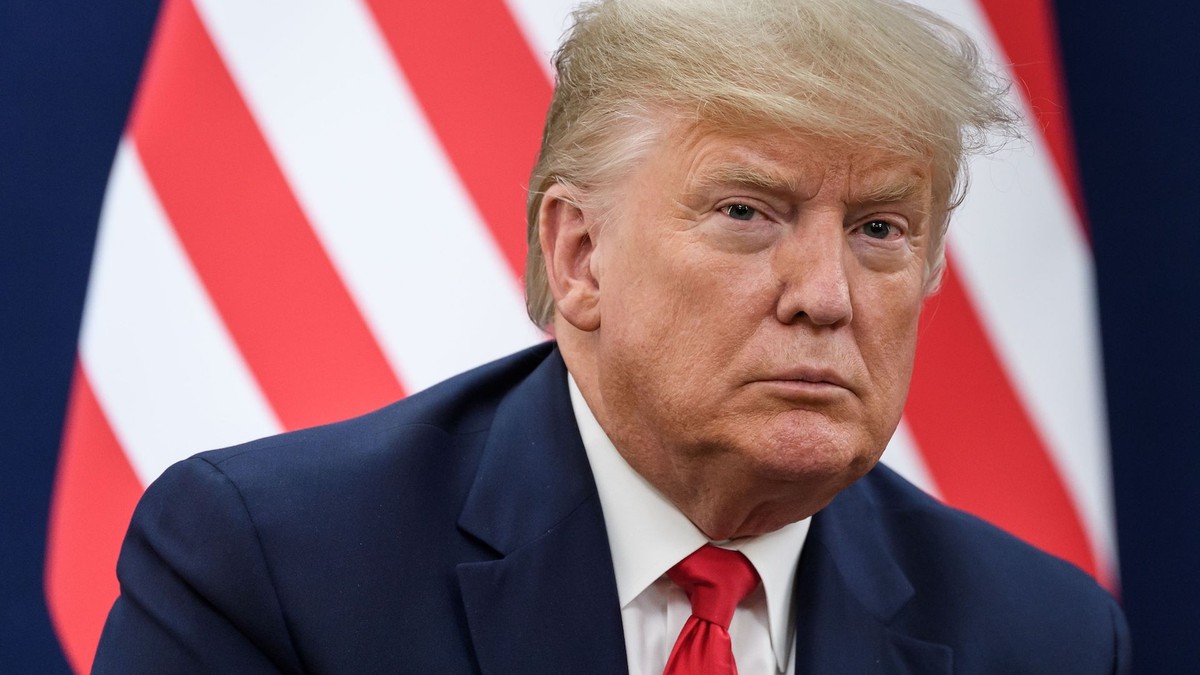 Editor’s note: This story has been updated to include last-minute changes to the Senate trial rules from Majority Leader Mitch McConnell.

WASHINGTON — And away we go.

The Senate gaveled in for its first real day of President Trump’s impeachment trial on Tuesday, setting up a series of votes to lock in rules designed by Senate Majority Leader Mitch McConnell (R-Ky.) to rush through the trial, though that plan hit a bit of a hiccup as the trial itself began.

McConnell, who has been closely coordinating with the White House, plans to force the Senate through a rapid-fire impeachment trial designed to minimize the political risk for both GOP senators and Trump.

“Today we will consider and pass an organizing resolution that will structure the first phase of the trial. This initial step will offer an early signal to our country. Can the Senate still serve our founding purpose? Can we still put fairness, evenhandedness and historical precedent ahead of the partisan passions of the day? Today’s vote will contain some answers,” McConnell said Tuesday.

At the last minute, however, McConnell backed away from two provisions. He’s now giving each side three days to present its case, instead of two, and will allow evidence gathered during the House investigation to be submitted to the Senate without a required vote.

A spokesperson for McConnell said those changes were made “following member discussions at today’s [GOP Senate] lunch” — just minutes before the trial began.

The eleventh-hour changes came after a cadre of moderate GOP senators including Sen. Susan Collins (R-Maine) objected to some of his most over-the-top restrictions on the trial. They were announced on the Senate floor Tuesday afternoon as the rules package was read into the record — the first Democrats had heard of the new plan.

McConnell began the Senate trial by introducing his rules package, one he’d refused to share publicly for weeks before dropping it late Monday night. Democrats plan to offer a series of amendments to open up the trial’s proceedings — but they’re all destined to fail.

McConnell’s concession for two more days of testimony means the trial days likely won’t run quite as late into the night — merely to around 9 p.m. rather than midnight or later. With the new schedule, this phase of the impeachment trial will likely wrap up next Tuesday. The whole trial might wrap up not long afterward, which could allow Trump to claim vindication at his Feb. 4 State of the Union speech.

Democrats need to pick off four Republican senators to force any check on a GOP power play on the trial. That looked like a remote possibility on Tuesday, after McConnell had announced he had the votes to proceed with his plan. But his last-minute changes showed he wasn’t so confident he’d hold his conference together.

McConnell insisted repeatedly that this trial follows past precedent, and closely follows President Clinton’s impeachment trial. But that’s bunk. While McConnell backed off some of his most strident efforts to restrict the trial, it’s still much more rushed than Clinton’s trial — and has more restrictions on admitting evidence.

And while the Senate’s rules package allows for an eventual vote on witnesses after opening testimony, like during the Clinton impeachment, the GOP-backed rule adds additional hurdles to calling for witnesses — a requirement that makes it even less likely that key Trump administration officials and other fact witnesses will appear. That hurdle includes a requirement that any witnesses get privately deposed before a second vote on whether that deposition gets released publicly.

“It does not proscribe a process for a fair trial, and the American people desperately want to believe that the Senate will give both the president and the House of Representatives a fair trial,” House Intelligence Committee Chairman Adam Schiff (D-Calif.), one of the House’s impeachment managers, warned Tuesday morning.

Trump stands accused of using the power of his office to pressure a foreign ally to investigate his political rivals. Trump withheld military aid from Ukraine, a close ally currently fighting off an invasion from Russian-backed forces, and House Democrats gathered compelling evidence from multiple witnesses that he did so in order to push Ukraine’s government to announce an investigation into former Vice President Joe Biden, whose son served on the board of a Ukrainian energy company.

The House passed two articles of impeachment: Abuse of power and obstruction of Congress. The first addresses what Trump did; the second focuses on his unprecedented effort to block the House from accessing all relevant witnesses and documents.

The last-minute changes suggest McConnell might not be in as firm control of the process as he wanted everyone to believe when he announced he had the GOP votes to pass a rules package. Though this version of a trial is still less thorough than the one Clinton faced, McConnell’s acquiescence to demands from Collins and other GOP moderates might be a sign that this trial won’t be quite as predictable as it appeared just hours ago. Now, a majority of senators might actually hear from new witnesses and seriously weigh the evidence before voting to acquit Trump.

“If the president commits high crimes and misdemeanors and Congress refuses to act… then this president and future presidents can commit impeachable crimes with impunity,” Schumer warned as he concluded his floor speech before the trial began. “The eyes of the nation, the eyes of history, the eyes of the founding fathers are upon us. History will be our final judge. Will senators rise to the occasion?”

It remains to be seen whether enough Republicans will stand up to McConnell to make this happen.

The Supreme Court Just Did Trump a Huge Solid on Obamacare