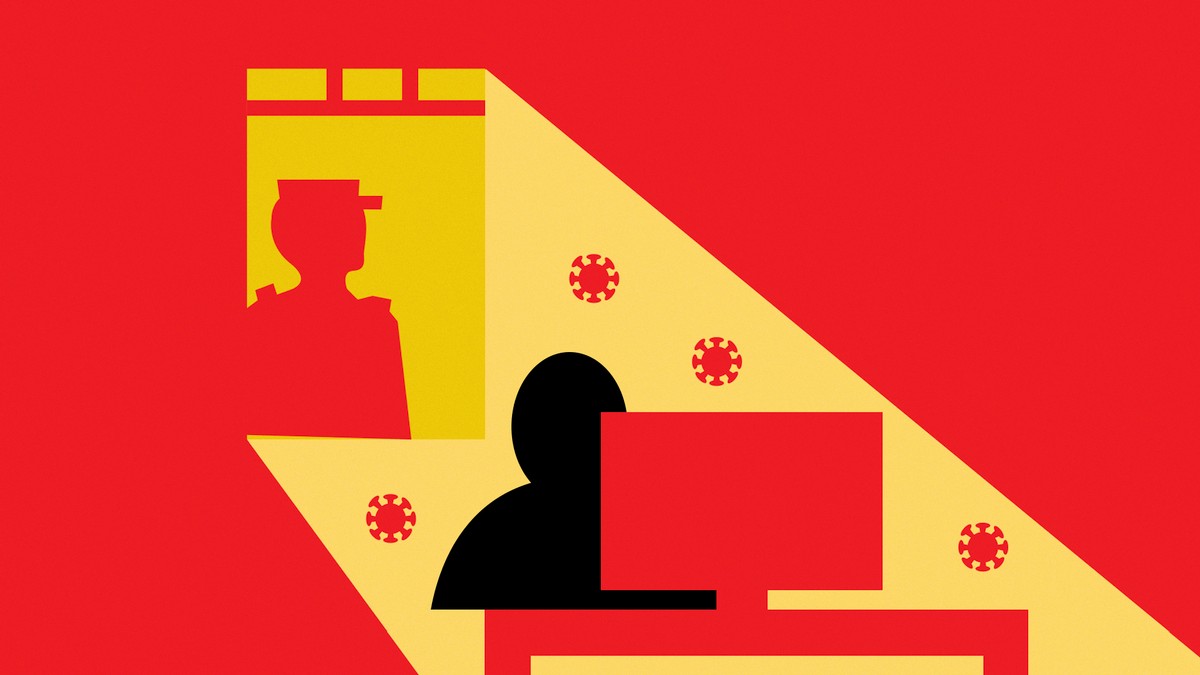 Joshua Left, a 28-year-old entrepreneur who runs a self-driving car startup in Wuhan, China, arrived in San Francisco in mid-January for a vacation, just as the first reports of a new “SARS-like” virus outbreak in China reached the U.S.

He almost immediately began worrying about his family back in his hometown of Wuhan, where the disease appeared to originate, and where panic was starting to set in. Concerned that his family might not be getting information on the scale of the burgeoning epidemic, he posted messages on his WeChat account sharing information he was afraid were not available inside China.

“But then things started to get weird,” he told VICE News.

Left, who asked not to be identified by his full Chinese name, said he first received a warning message from WeChat administrators. Then he began receiving strangely specific messages that appeared to come from four of his friends on WeChat, all asking him for his location, what hotel he was staying at in San Francisco, what his room number was, and what his U.S. phone number was.

Then his cell phone received a warning message that someone in Shanghai was trying to log into his account.

Finally, when he wouldn’t tell them where he was staying, the same accounts all simultaneously began urging him to return to China as soon as possible.

Left told VICE News the he believes his friends only sent the messages after they were coerced by agents from the Ministry of State Security in an attempt to get him to reveal his location, and part of a much wider effort by the Chinese government to crack down on any dissenting voices who are sharing content related to the coronavirus outbreak.

As China ramps up efforts to control the narrative around the coronavirus outbreak, it is also expanding its efforts to leverage online platforms to track down people who dare to speak out. From tracking down Twitter users using their mobile numbers to hacking WeChat accounts to find out someone’s location, Beijing is eager to stop any negative news from being shared online — and is will to use intimidation, arrests and threats of legal action.

Left is now in fear of his life and in hiding in California, unable to return to China because he fears he will be arrested.

He reported the incident to the San Francisco Police Department and the FBI but has heard nothing from either since. The SFPD confirmed to VICE News that it had received the report from Left, who claimed that the Chinese government was “oppressing its citizens” and was targeting him because he was a “vocal opponent of the government.”

Left told VICE News that he had been previously questioned over his activities by national security agents while he was a university student in Wuhan but had never been arrested.

READ: Here’s how China Is silencing coronavirus critics in the U.S.

Tencent, the company that operates WeChat, did not respond to questions about the incident. As a Chinese company, Tencent is under strict requirements to share information about users with the government, even though its shares are traded on the New York Stock exchange and it has a fast-growing number of users in the United States and other international markets.

The Ministry of State Security did not respond to a request for comment.

But it’s not just Chinese-owned platforms that Beijing is using to track down dissenting voices.

On January 20, Jiang Ming, a resident of Dongguan city in China’s Pearl River Delta, responded to this tweet criticizing the Chinese government’s delayed response to the coronavirus outbreak.

Ming’s seemingly innocuous response — which has now been deleted — roughly translates as “the responsibility for destroying tyranny, who dares?”

A few days after Ming posted his tweet, he received a phone call from the Ministry of State Security, asking to meet. Ming asked for a legal summons and the agency said they could not provide that over the phone, so he refused.

But days later, agents knocked on his front door of his home in Dongguan, a city of over 8 million people close to Hong Kong.

The agents presented a screenshot of his tweet, telling him that “the content attacks the Communist Party of China.”

The agents told Ming they found his details from the phone number connected to his Twitter account, which is in turn linked to his identity in a government database.