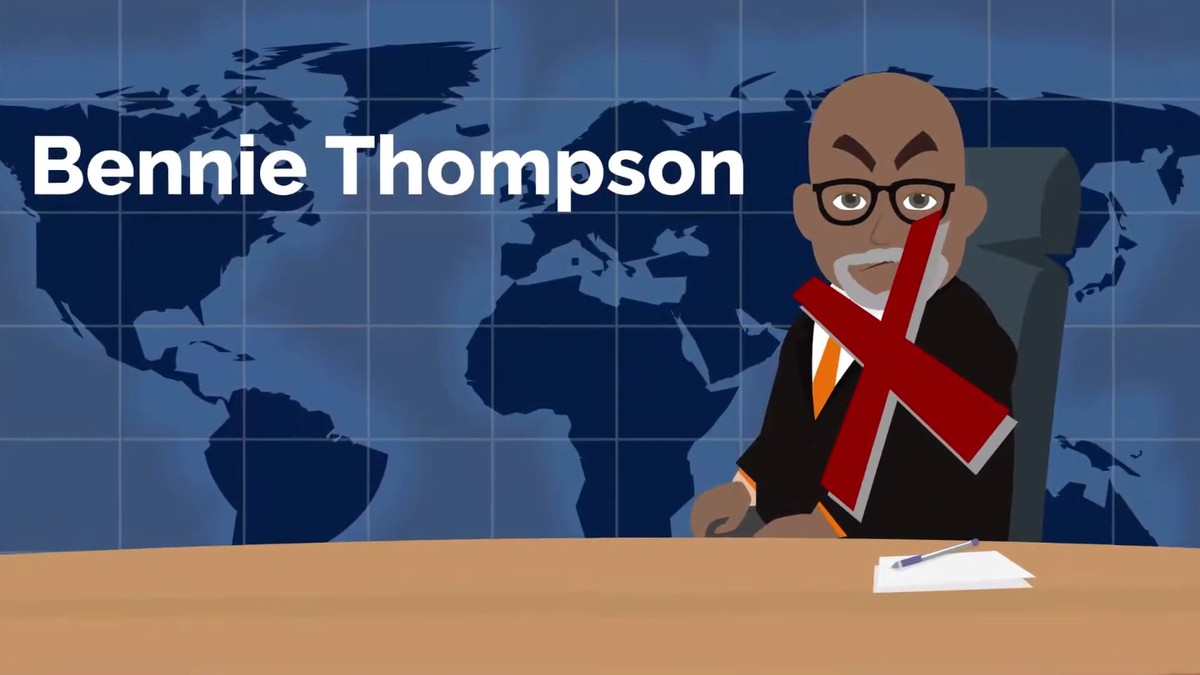 Rep. Bennie Thompson (D-MS) has been representing the 2nd congressional district of Mississippi for 27 years, but in Tuesday’s primary, he will face a new adversary: QAnon.

The 30-second ad features a cartoon of Thompson and a musical jingle that opens with the line: “Can you trust Bennie Thompson? No, you can’t. Mississippi’s future is in your hands.”

The video then claims “there’s been so many scandals that it’s hard to keep track.”

To back up the claim, four headlines pop up around the cartoon image of Thompson, making it look like the Congressman has been engulfed in scandal.

But a closer look at the stories reveals that three of them date from 2009 — including two from Politico and the Washington Examiner, about Thompson’s denials that he obtained campaign contributions from credit card companies while he was chairman of the House Homeland Security Committee.

The other story comes from 2018 and references the decision by the Citizens Against Government Waste — a nonprofit that claims to have a million members — to name Thompson as its June 2018 Porker of the Month “for attempting to create taxpayer-funded dorms for well-paid members of Congress.”

Disarm the Deep State was launched earlier this month and says its “dedicated to removing shadow government actors” and that its mission is to “mobilize a community of patriots in order to remove power from Deep State members.”