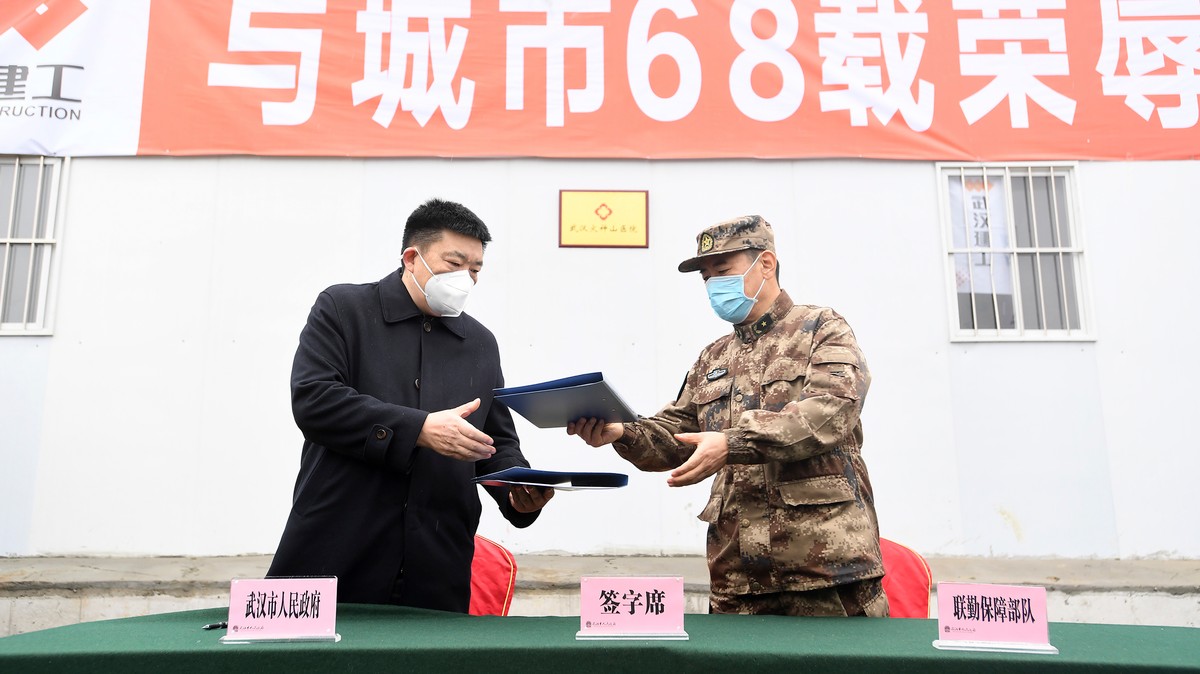 A 1,000-bed hospital, built in just 10 days to address the overwhelming demand from the coronavirus outbreak, has opened in Wuhan.

The 30,000-square-yard Huoshenshan Hospital is one of two new hospitals being built and was handed over by the construction team on Sunday, with the first patients arriving Monday, according to Chinese state media.

A total of 1,400 medical staff from the armed forces have been brought into Wuhan to operate the hospital.

The second hospital is set to open Wednesday, and the two new facilities will help alleviate the massive overcrowding issues plaguing Wuhan’s hospitals in recent weeks.

The construction project has captured global attention for the rapid pace, and in China live streams of the building process have been watched by more than 40 million people, according to the state-run Global Times newspaper.

While Chinese state media have been heavily promoting the successful opening of the hospital — calling it a “mission impossible” — there was growing anger among citizens over reports about the steps Beijing took to conceal the developing crisis and silence any efforts to raise the alarm.

Beijing has been keen to portray itself as proactive in combating the spread of the virus. While the World Health Organization has praised efforts like locking down 50 million people in central Hubei province where the outbreak originated, many countries don’t believe China has done enough.

READ: You can now go to jail in China for criticizing Beijing’s coronavirus response

The result is that countries including the U.S., Russia, and Australia have imposed travel bans on China. The Philippines also imposed a travel ban, shortly before it announced the first death from the coronavirus outside of China.

The U.S. has closed its borders to all foreign nationals who have visited China in the last two weeks, while U.S. citizens returning from Hubei province will be quarantined for 14 days. Beijing reacted angrily to the move, saying on Monday all Washington has done is “create and spread fear” with its “overreaction” to the outbreak.