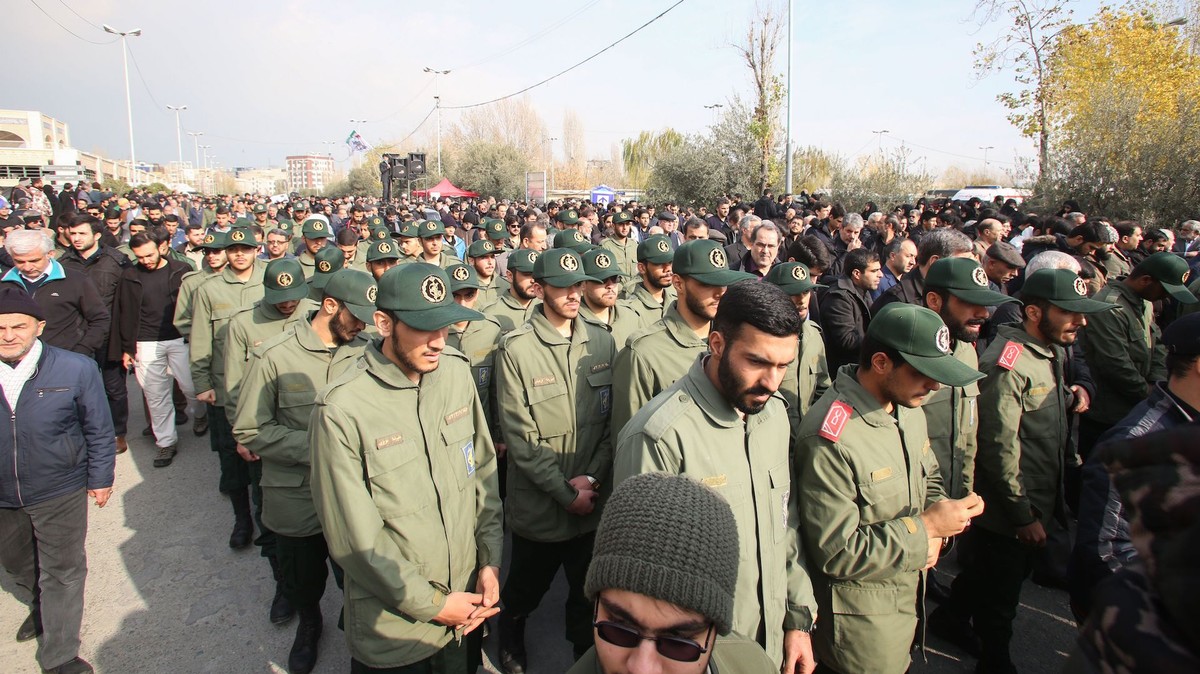 In the recent past, Tehran’s state-backed hackers have targeted banks, casinos, the city of Atlanta, and a dam just outside New York as part of its campaign of cyberattacks against U.S. targets.

While Iran cannot compete with the U.S. military when it comes to tanks or warships, it has grown increasingly sophisticated in cyberspace in recent years.

“They are still behind in capability to other top-tier states such as the U.S., Russia, and China but can sometimes be more aggressive and willing to be destructive; therefore, they’re still a serious threat,” Robert Lee, CEO of Dragos, a cybersecurity firm that specializes in protecting industrial control systems, told VICE News.

Chris Krebs, the director of the Cybersecurity and Infrastructure Security Agency, highlighted a warning he issued last June about heightened Iranian activity on U.S. networks.

“Iranian regime actors and proxies are increasingly using destructive ‘wiper’ attacks, looking to do much more than just steal data and money,” Krebs said at the time. ”These efforts are often enabled through common tactics like spear-phishing, password spraying, and credential stuffing. What might start as an account compromise, where you think you might just lose data, can quickly become a situation where you’ve lost your whole network.”


While defenses of U.S. networks have improved in recent years, there are many soft targets remaining, and as more and more of America’s critical national infrastructure gets connected to the internet, the bigger target it presents.

“When we look at industrial infrastructure — electric, water, natural gas, manufacturing, oil — there are some who have world-leading [security] programs but some who have done very little,” Lee said. “The good news is our infrastructure is highly reliable, and a culture of safety has added a sort of base level of security to people. But much more is needed to feel comfortable in scenarios like this.”

Soleimani spent decades forging close relationships among militia groups in countries across the Middle East, expanding Iran’s reach much further than its borders.

Experts have feared that these proxy forces will play a key role in any further escalation of tensions between the U.S. and Iran. One Iran-backed Iraqi militia commander has already ordered his men to be ready for an upcoming battle.

One of Souleimani’s most successful proxy projects was the formation of Hezbollah, a Shiite paramilitary group and political party in Lebanon. Iran supplied the group with weapons during its conflict with Israel in 2006 and more recently has supported its intervention in the bloody nine-year Syrian civil war.

The proxy war between the U.S. and its allies and Iran and its allies has already begun, as we’ve seen with U.S. economic sanctions and Iran’s attacks on oil tankers and Saudi oil facilities. But Soulemani’s assassination could ignite this simmering conflict.

Cover: Members of Iran’s Islamic Revolutionary Guard Corps (IRGC) take part in a demonstration against American “crimes” in Tehran on January 3, 2020 following the killing of Iranian Revolutionary Guards Major General Qasem Soleimani in a US strike on his convoy at Baghdad international airport. (Photo by ATTA KENARE/AFP via Getty Images)

Advertisement. Scroll to continue reading.
BackPage 2 of 2Next post →
In this article: