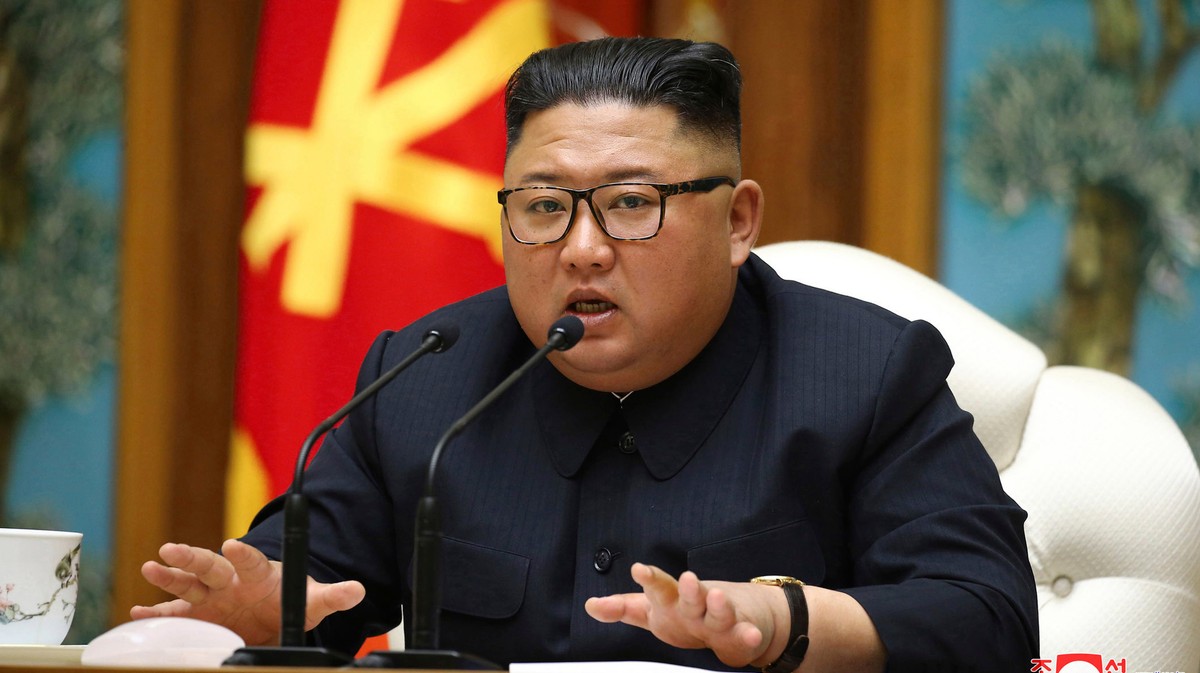 The world is scrambling to figure out whether a report claiming North Korean leader Kim Jong Un is “gravely ill” after heart surgery is true.

There was fevered speculation among U.S. media outlets late on Wednesday, that Kim was “gravely ill” or “brain dead” after the surgery but those claims have since been toned down after both Chinese and South Korean intelligence officials said there was no evidence to back them up.

The North Korean regime is typically highly secretive, but at a time when all borders are closed due to fears of importing coronavirus, there is even less information coming out of the country.

This is not the first time Kim’s health has been the cause of speculation. In 2014 he disappeared for 40 days sparking rumors he had been ousted in coup, only to reappear holding a cane.

“It is doubtful that we can have reliable intelligence on the top leader’s health situation from the most secretive country in the world,” Baohui Zhang, director of the Centre for Asian Pacific Studies at Lingnan University in Hong Kong, told VICE News. “There have been many rumors about North Korea’s elite politics and they later turned out to be false.”

What do we know?

The report was picked up by news agencies early on Tuesday but without additional confirmation.

NBC went further by tweeting that Kim was “brain dead.” The network quickly deleted the tweet, saying the decision was made “out of an abundance of caution.” A similar claim was being shared widely in South Korea over the weekend.

Later on Tuesday, South Korea and Chinese intelligence sources appeared to pour cold water on the speculation, claiming that there were no signs that Kim was in danger — though neither side denied that the North Korean leader had undergone heart surgery.

When was Kim last seen in public?

Kim was last seen on April 11, when he presided over a meeting of the ruling party Politburo, ahead of a session of the country’s rubber-stamp Supreme People’s Assembly the next day. Kim did not attend the SPA session on April 12, but that was expected as he is not a deputy anymore.

READ: Trump is scapegoating the WHO — but failed to confirm a U.S. representative for 3 years

On April 14 the country conducted cruise missile tests. Kim would typically oversee such tests but, a week later, there are still no official pictures or state media reports about the launch.

Rumors about Kim’s whereabouts really picked up on April 15 when he was absent from the celebrations to mark the country’s most important holiday, the birthday of Kim Il Sung, North Korea’s founder. State media failed to report whether Kim attended the ceremony at the Kumsusan Palace of the Sun.

But on Monday, North Korea’s state-run news agency reported that Kim had sent “a congratulatory message to Miguel Mario Diaz-Canel Bermudez, president of the Republic of Cuba.”

With the borders closed and less information than ever getting out of the country, everyone from journalists to national security officials and North Korea analysts are now trying to find ways to establish what the situation really is.

“We have no information to confirm regarding rumors about Chairman Kim Jong Un’s health issue that have been reported by some media outlets. Also, no unusual developments have been detected inside North Korea,” a spokesman for South Korea’s presidential office said in the statement.

South Korean officials told AP they believe Kim is staying at an unspecified location outside of Pyongyang with some of his close confidants adding that Kim appeared to be conducting state affairs as normal and there weren’t any unusual movements or emergency reactions from the North’s ruling party, military, or cabinet.

An official with the Chinese Communist Party’s International Liaison Department, the main Chinese body dealing with Pyongyang told Reuters they believe Kim is not critically ill.

The White House said it was aware of the reports about Kim’s health being precarious before they appeared in the media, but would not say where the information came from. An official told AP the U.S. had information that Kim may have undergone surgery and that complications may have rendered him “incapacitated or worse.”

Inside North Korea on Tuesday schools reopened after being closed due to the coronavirus outbreak, and one source in Pyongyang told NK News that there “nothing unusual for the time being.”

READ: This is what a pandemic looks like in New York City

However, it’s worth noting that the North Korean public would typically be shielded from any information about Kim’s health.

Who takes his place?

If anything were to happen to Kim, one of the problems facing the country is that there is no clear successor in place.

Kim was groomed from a young age by his father Kim Jong Il to lead the country, but because Kim has no adult children of his own — he reportedly has a 7-year-old daughter — it would likely be Kim’s sister, Kim Yo Jong, who would be first in line to take control.

She has become her brother’s closest confidant and her position within the ruling Workers’ Party has become more important in recent months.

Last month, she made her first public statement, condemning the South as a “frightened dog barking” before publicly praising President Donald Trump for sending Kim a letter pledging support in fighting the coronavirus pandemic.

“If Kim is seriously ill or his mortality is being seen as probable, his sister is likely to want to be the successor,” Steve Tsang, director of London’s SOAS China Institute, told VICE News. “As she is not an anointed successor already groomed and thus in a good place to assert leadership if Kim Jong Un should die, [it] remains to be seen if she will be embraced by the rest of the establishment.”