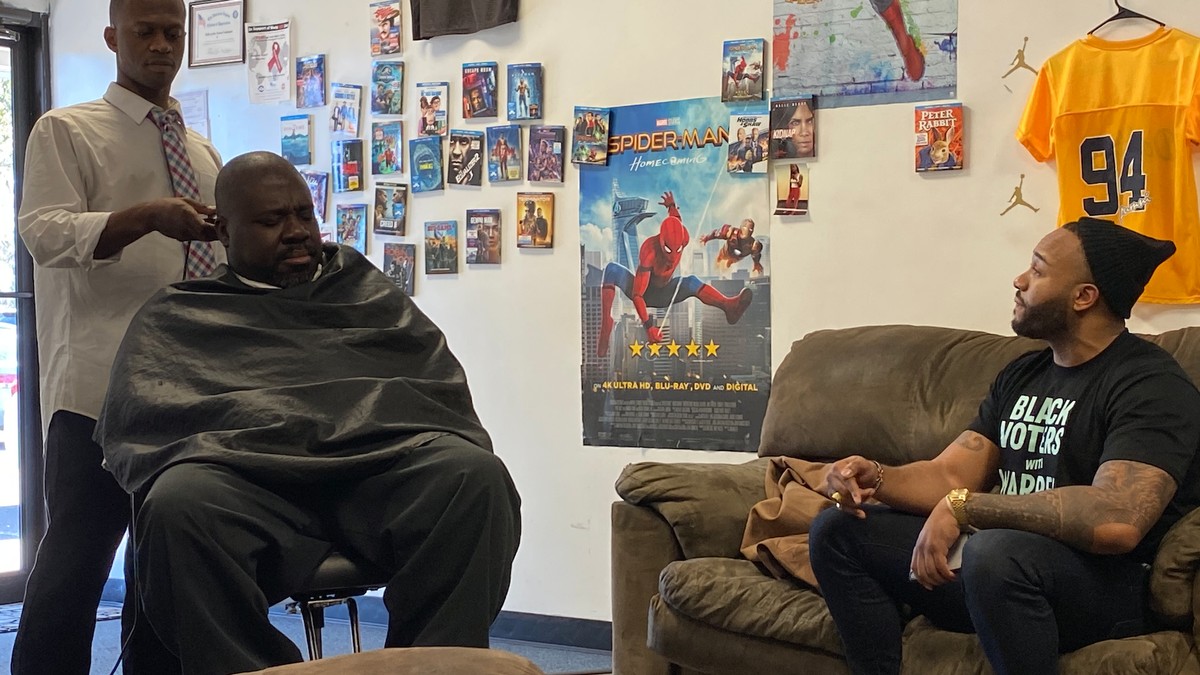 “#Barbershopgate” appears to be bunk.

But the mini-controversy that swirled around a well-known Elizabeth Warren surrogate who was accused online of fabricating exchanges at black barber shops in South Carolina shows just how quickly an inconspicuous tweet can turn into a meme and even a full-blown conspiracy theory.

The rumor started after Frederick Joseph, a writer and marketer campaigning for the Massachusetts senator tweeted out an exchange following Warren’s breakout performance in the Nevada debate.

“Just left the barbershop and everyone was talking about Elizabeth Warren,” Joseph tweeted. “‘Yoooo ya girl bro! That’s that heat we need for Trump!’ When you are getting talked about in the barbershop — you know it’s real.” As of this publication, the tweet’s been retweeted nearly 10,000 times.

Joseph said this exchange took place at his regular barbershop in New York. “When I came in the guys at the shop were like, ‘Warren was amazing, she was on fire, this is how you beat Trump,’ because most of those people in there follow me on social media and know I’m with Warren,” he said.

But not everyone took him at his word:

So Joseph responded to skeptics with a few photos of him campaigning in barbershops in other parts of the country, including one which had various sports jerseys representing different teams hanging on the walls. That’s when things went totally off the rails.

Stefan Grant, a Florida realtor who’s verified on Twitter, called into question whether one of the barbershops was even real. “Creating a fake barbershop to finesse the Black vote might be more egregious than any hypothetical Russian interference,” Grant said, then pointing out all of the things that he found “weird” with the photos.

(“I was being sarcastic,” Grant later tweeted in the same thread. “This barbershop shit still fugazi & now they’re pulling out the ‘blame black men’ playbook.”)

Regardless, Grant’s thread got hundreds of retweets and thousands of likes. Joseph then responded to Grant’s claim as well as others speculating that the visit was faked. “Black Trump supporters have started spreading a lie that the Warren campaign created three barbershops in South Carolina to take pictures,” Joseph tweeted. “Lmao? Disinformation at its finest.”

(One of those referenced in the screenshot is Andray Domise, a Toronto-based leftist writer who’s frequently critical not only of Trump, but of Bernie Sanders from the left.)

From there, things snowballed into the absurd. “At least for the sake of advertising, who wouldn’t want to give out the name of their business?” one Twitter user asked. Another zoomed in on a business license on the wall. Others questioned the lack of mirrors in one of the shops.

Like a lot of conspiracies, the underlying fake storyline was just plausible enough, particularly among those already looking to cast stones. For one thing, Warren just doesn’t have much support in the black community. Recent South Carolina polling shows Warren running behind Sen. Bernie Sanders, former Vice President Joe Biden, and billionaire Tom Steyer who’s been bombarding the state with ads for months. She’s going to need to turn that around in South Carolina in next week’s primary if she wants to stay relevant in this race. (The Warren campaign didn’t immediately offer comment.)

And so as outrageous as any of this seems, conspiracy theorists at least had a motive, and for some, the urge to “cancel” Warren and her surrogate online was just too tempting to resist.

But the question remains: What actually happened?