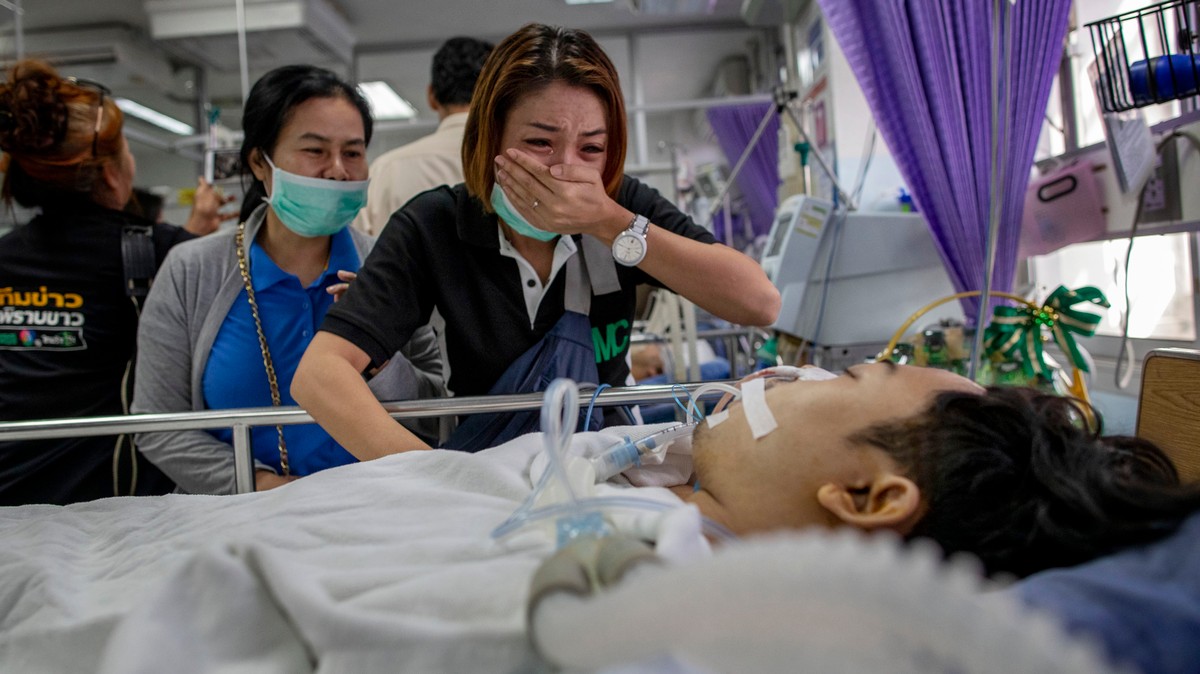 The aggrieved soldier who used stolen guns and a Humvee to carry out Thailand’s worst mass shooting ever may have been angry over a property deal gone sour, according to the prime minister.

The country was reeling in horror Monday as officials searched for more answers to why the gunman went on an 18-hour rampage Saturday ending in a long siege with hostages at a shopping mall, leaving 29 dead and 57 wounded.

The soldier, named by authorities as 32-year-old Jakrapanth Thomma, used guns stolen from his base to shoot people at four locations around the northeastern city of Nakhon Ratchasima. He was eventually shot dead by commandos following a siege at the Terminal 21 shopping center early Sunday.

The attack has stunned the Thai people, and authorities were searching the shooter’s background and social media posts for clues to his motive. “It is unprecedented in Thailand, and I want this to be the last time this crisis happens,” Prime Minister Prayuth Chan-ocha told reporters outside a hospital where victims were being treated.

How did the attack unfold?

The mass shooting began around 3 p.m. local time Saturday, when Jakrapanth shot three people, including his commanding officer, at a private home, the headed to the barracks at Suratham Phithak military base, where he held the rank of sergeant major in the 22nd Ammunition Battalion.

At the base, he killed a guard and took weapons, including an M60 machine gun and 800 rounds of ammunition, from an arsenal, before fleeing in a stolen military Humvee. He stopped at a Buddhist temple and killed nine people there, before heading to the shopping mall, shooting at passersby along the way.

He then holed up in the seven-floor shopping mall, taking eight people hostage in a lengthy standoff with police. Scores of terrified shoppers were left stranded inside, barricading themselves in store rooms and bathrooms as the gunman stalked the mall in full combat gear.

“I can’t run away, because I don’t know where the shooter is,” one man told the Thai state broadcaster MCOT on Saturday night, during a phone call as he attempted to hide.

Throughout his rampage, the gunman posted updates to Facebook, live streaming some of the killings before his account was deactivated. In one video, he complained “I’m tired … I can’t pull my finger anymore,” as he mimed firing his weapon with his hand.

How did it end?

As the siege unfolded, heavily armed police surrounded the mall and evacuated shoppers to safety as they attempted to regain control of the complex.

Officers brought the gunman’s mother to the scene in the hope she might be able to talk him down. But an official told CNN that the woman was unable to enter the mall, and had believed there was little point attempting to reason with her son.

Commandos eventually seized control of the ground floor amid a gunfight in which one member of security forces was killed and two were injured. They emerged early Sunday, announcing that the gunman had been shot dead and his eight hostages rescued, although some of them were injured.

“It was like a dream,” one survivor, Sottiyanee Unchalee, told AFP, adding she had hidden in a bathroom in the mall after hearing gunfire.

What was his motive?

Thai authorities are still investigating the factors that may have led to the rampage. But the Thai prime minister said Sunday the gunman appeared to have held a grudge over a recent property deal involving a relative of this commanding officer, in which he felt he had been cheated.

“It was a personal conflict… over a house deal,” Prayut told reporters.

The gunman appeared to have referred to the dispute in Facebook posts on Saturday, in which he wrote that he was out for vengeance. “Being rich by cheating and taking advantage of others,” he wrote. “Do they think they can bring that money to spend in hell?”

“We need to look into mental health issues,” he said. “I used to be an army commander, so I know. Those colonels, captains, my subordinates had this problem. You have to get closer to them to identify it. But sometimes, they don’t tell, like in this incident.”

The attack has also prompted scrutiny of the security of the military’s arsenals after the gunman was able to use stolen weapons to carry out the massacre. But Prayut denied security was lax at the base.

“This was not carelessness. We don’t leave the arsenal depot alone — we had people guarding it,” he said.

Cover: A woman reacts to seeing her relative receiving emergency care in a hospital following a mass shooting in Korat, Nakhon Ratchasima, Thailand, Sunday, Feb. 9, 2020. Thai officials say a soldier who went on a shooting rampage and killed numerous people and injured dozens of others has been shot dead inside the mall in northeastern Thailand. (AP Photo/Gemunu Amarasinghe)