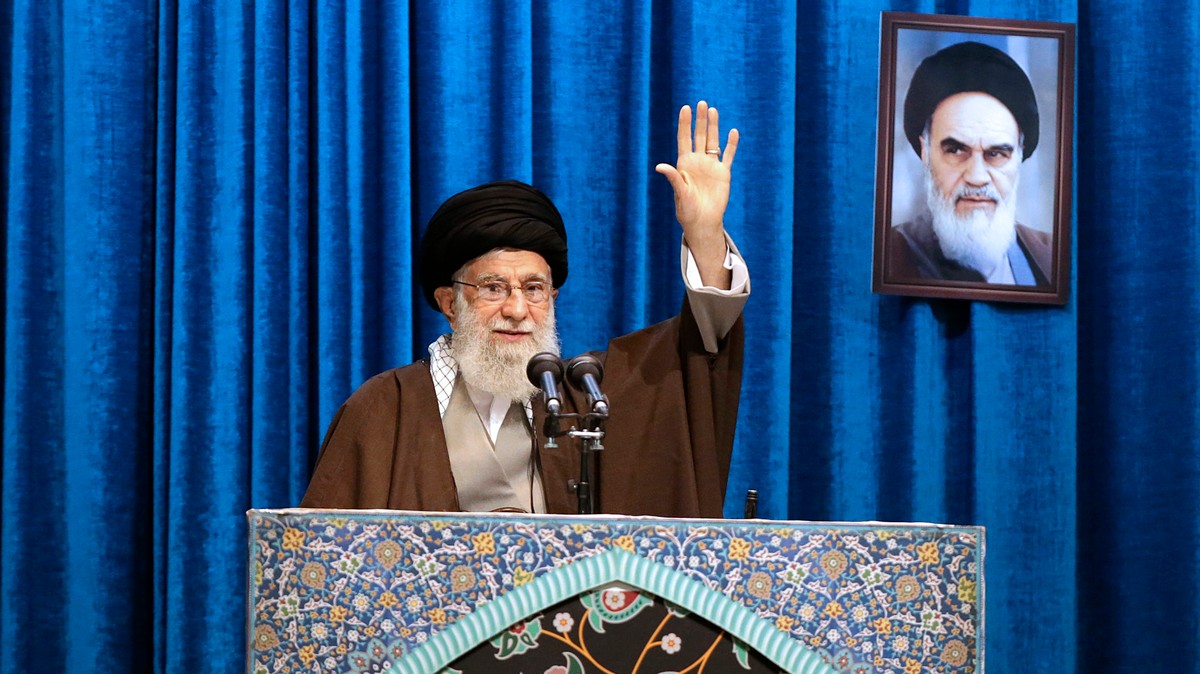 Iran’s Supreme Leader has once again blasted President Donald Trump, calling him a “clown” and warning Iranians that he would “push a poisonous dagger” into the nation’s back.

Thousands of people gathered Friday in a prayer hall in the center of the Iranian capital and on the streets outside to hear the cleric, many chanting “Death to America.”

Delivering the main weekly sermon in Tehran for the first time since 2012, Ayatollah Ali Khamenei described the U.S. killing of General Qassem Soleimani in a drone strike earlier this month as “cowardly” and said it showed Washington’s “terrorist nature.”

But Iran’s response, of missile strikes on two U.S. air bases in Iraq, was guided by God, Khamenei said.

“The fact that Iran has the power to give such a slap to a world power shows the hand of God.”

Khamenei has been the leader of the Islamic republic for more than 30 years, but his position has been undermined in recent months, first by widespread anti-government protests that shook the country in November and now by the assassination of one of the country’s most revered generals.

Khamenei’s rare appearance at Friday prayers is seen as an attempt to rally support for the regime days after protesters across the country took to the streets again to condemn the shooting down of the Ukrainian airliner that killed 176 people. Protesters were heard chanting “Death to the dictator” and “Khamenei have shame, leave the country.”

READ: Here’s what happened in Iran while the government strangled the internet

Khamenei addressed a huge crowd in Tehran on Friday, but some questioned whether those in attendance were there of their own accord, after the semi-official Fars news agency released footage showing buses bringing people to the prayer venue from outside Tehran to boost turnout.

Earlier this month Iran fired 22 ballistic missiles at two U.S. air bases in Iraq. The Pentagon initially said the strikes caused no injuries, but it was revealed Thursday that 11 troops had sustained injuries in the attack.