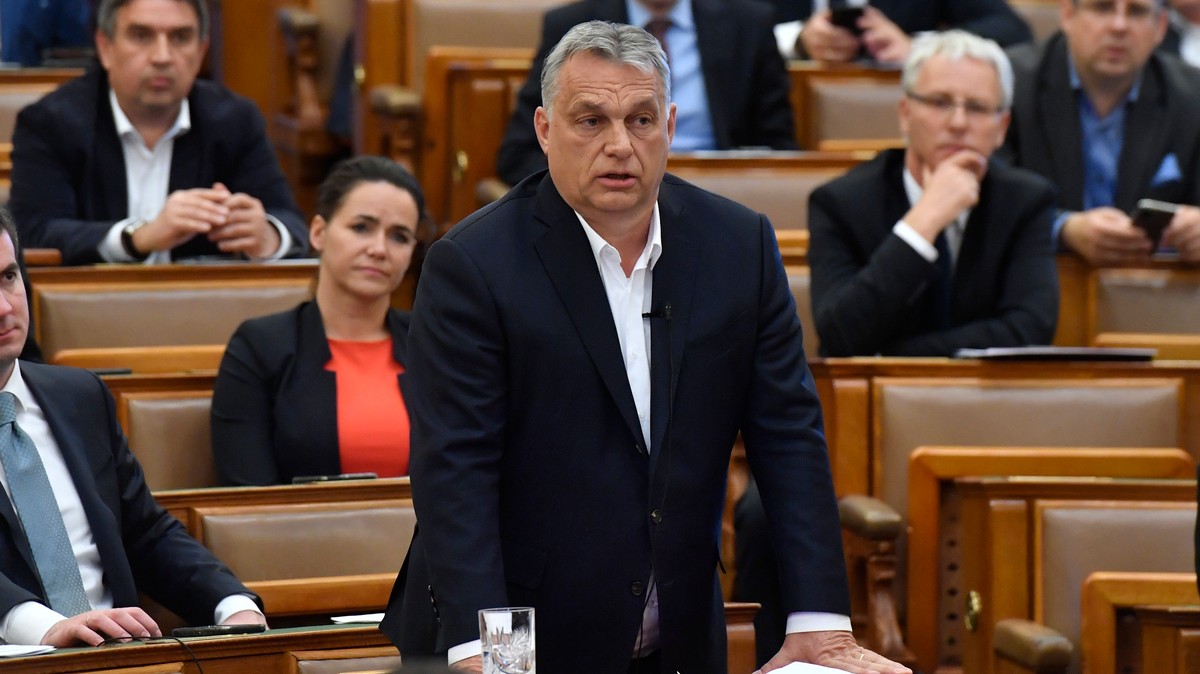 Countries all across Europe have declared states of emergency in response to the coronavirus pandemic, but authoritarian Hungary has taken things a step further. On Monday, its strongman leader Viktor Orbán used the crisis as a pretext to push through an extraordinary power grab, with Parliament handing him open-ended powers to rule by decree.

The remarkable consolidation of power has unnerved Budapest’s European neighbors, but Orbán clearly isn’t troubled by their concerns. On Thursday night, his government delivered what commentators called “a masterclass in political trolling,” effectively laughing in his neighbors’ faces by co-signing their feeble efforts to censure it on the international stage.

“I’m no fan of this Hungarian government, but I’ve got to credit them for some pretty good political trolling there,” Andrew Stroehlein, Human Rights Watch’s European media director told VICE News. “They made a total mockery of the EU.”

On Monday, the Hungarian parliament granted Orbán the right to rule by decree indefinitely, raising serious concerns about the suspension of democratic norms in the central European country of nearly 10 million people.

But if critics of the move were hoping the EU would stand up to Orbán’s latest authoritarian lurch, they were sorely disappointed. European Union member states issued a joint statement criticizing the move, and it was so toothless that it didn’t even specify Hungary by name — a fact that Hungary highlighted when it subsequently co-signed the statement itself.

The three-paragraph joint statement says that, while it is legitimate for European Union countries to adopt emergency measures during the pandemic, the signatories are “deeply concerned about the risk of violations of the principles of rule of law, democracy and fundamental rights arising from the adoption of certain emergency measures.” Hungary published it on a government website late Thursday.

“Emergency measures should be limited to what is strictly necessary, should be proportionate and temporary in nature, subject to regular scrutiny, and respect the aforementioned principles and international law obligations,” the statement continues.

Stroehlein said the European response to Orbán’s power grab — which he described as a “coronavirus coup” — was “pathetic.”

“The EU member states couldn’t have made a weaker statement if they’d written it in invisible ink.” he said. “It didn’t even mention Hungary. If you’re going to criticize a country, you have to name it — it’s pretty basic stuff.”

By contrast, he said Hungary’s response was “a masterclass in political trolling.”

“The very fact that Hungary can sign up to a statement that supposedly is criticizing Hungary shows just how misplaced and toothless the statement was,” he said.

Péter Krekó, director at Budapest-based think tank the Political Capital Institute, agreed, singling it out as an example of the “art of trolling.”

Hungarian lawmakers voted 137-53 in favour of the new emergency measures, which give Orban the right to bypass the assembly on any law, and can only be revoked by parliament, where Orban’s ruling Fidesz party has a two-thirds majority.

The new measures also introduce jail terms of up to eight years for breaking isolation or quarantine rules, and of up to five years for intentionally spreading false information that causes public alarm or hampers efforts to contain the pandemic. Hungarian journalists have expressed concerns that the latter could have a chilling effect on their work, and Reporters Without Borders has called on the Council of Europe to carry out a review of the law due to concerns over media freedom.

But Orbán himself has been undaunted by the criticisms of his push to consolidate power. In an interview with Hungary’s Kossuth Radio Friday, he reverted to a familiar strategy of accusing billionaire financier and liberal philanthropist George Soros of coordinating political attacks on his response to the pandemic.

Stroehlein said he hoped Hungary’s flagrantly defiant response to the EU’s criticism might lead European neighbors to ramp up pressure on Orbán through other options, such as cutting funding, politically isolating Budapest, or advancing moves to suspend it from the European Union.

“I don’t know if the EU wakes up from this and goes: we just got totally owned there. Are we going to do something about this now? Because it’s just embarrassing.”

Coronavirus Has Given Domestic Abusers a New Arsenal of Torture

What the Hell Is Happening With Migrants in Greece?