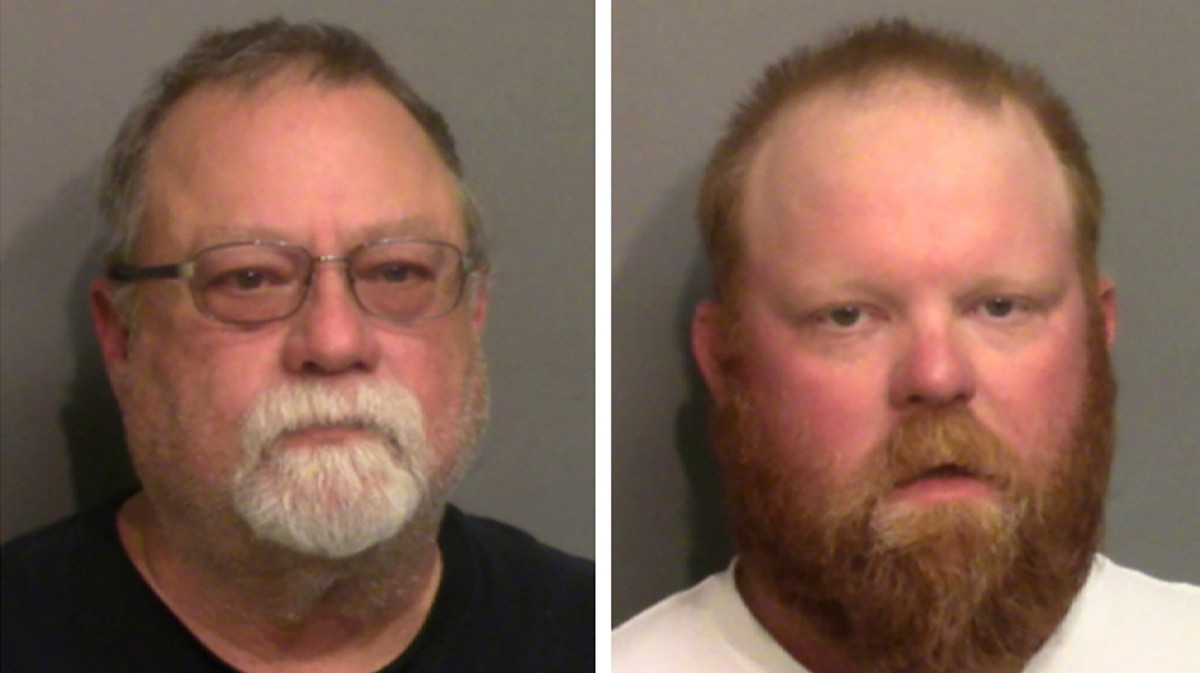 It took the Georgia Bureau of Investigation less than two days to arrest the two white men who chased down and killed Ahmaud Arbery, a decision that local law enforcement and prosecutors failed to come to after more than two months on the case.

“I can’t answer what another agency did or didn’t see,” Georgia Bureau of Investigation Director Vic Reynolds said during a press conference Friday morning. “Considering the fact that we hit the ground running Wednesday morning, and within 36 hours we had secured warrants for two individuals for felony murder, I think that speaks volumes for itself and that the probable cause was clear to our agents pretty quickly.”

The Georgia Bureau of Investigation started its probe into the 25-year-old black man’s death on Wednesday after special prosecutor Tom Durden requested its involvement in the case. By Thursday night — just hours before what would have been Arbery’s 26th birthday — investigators had arrested Gregory McMichael, 64, and his son, Travis McMichael, 34, and charged them with murder and aggravated assault, according to Reynolds.

Shortly after Travis McMichael shot and killed Arbery on Feb. 23 in their neighborhood near Brunswick, Georgia, a local district attorney advised police not to arrest him and his father and cited the state’s “citizen’s arrest” law, which allows someone to detain another person suspected of criminal behavior. According to a police report, the McMichaels said they thought Arbery had been caught on video burglarizing their neighborhood when they decided to follow and confront him.

For more than two months, Glynn County investigators failed to make an arrest in the fatal shooting. Three different prosecutors — two of whom recused themselves — passed the buck on making a decision in the case before state authorities stepped in.

The first, Brunswick Judicial Circuit District Attorney Jackie Johnson stepped away from the case because Travis McMichael had worked as an investigator for the office. The second, Ware County District Attorney George Barnhill — who concluded Georgia’s “citizen’s arrest” law protected the McMichaels — later recused himself as well because of potential conflicts of interest related to Gregory McMichael’s long history in local law enforcement.

On Tuesday, Gov. Brian Kemp handed the case over to Durden, who decided that the McMichaels’ fate would be determined by a grand jury.

Arbery’s family has repeatedly demanded that the McMicheals face prison time for the death of their loved one. His mother, Wanda Cooper Jones, told ABC News that she refuses to watch the now-viral video showing the moment her son was shot and killed in the middle of the street, which the grand jury will review as evidence.

“I don’t think I’ll ever be in a mental state where I can actually watch the video,” Jones said Thursday. “I had others that watched it that shared what they saw and that just was enough.”

Despite public outcry concerning how the case was handled, Reynolds commended local law enforcement on their investigation and said there were no complaints from his point of view.

“From my understanding and speaking to my folks is that it was a good investigation and a thorough investigation,” he said. “It doesn’t mean there were some things that needed to be done that hadn’t been done. I don’t mean that in a disrespectful sense to the people who worked it.”

Reynolds also refused to comment on whether the district attorneys should face any consequences for the lack of progress in the investigation.

Cover: This photo combo of images taken Thursday, May 7, 2020, and provided by the Glynn County Detention Center, in Georgia, show Gregory McMichael, left, and his son Travis McMichael. The two have been charged with murder in the February shooting death of Ahmaud Arbery, whom they had pursued in a truck after spotting him running in their neighborhood. (Glynn County Detention Center via AP)

Here’s What Just Happened With Tara Reade and Joe Biden