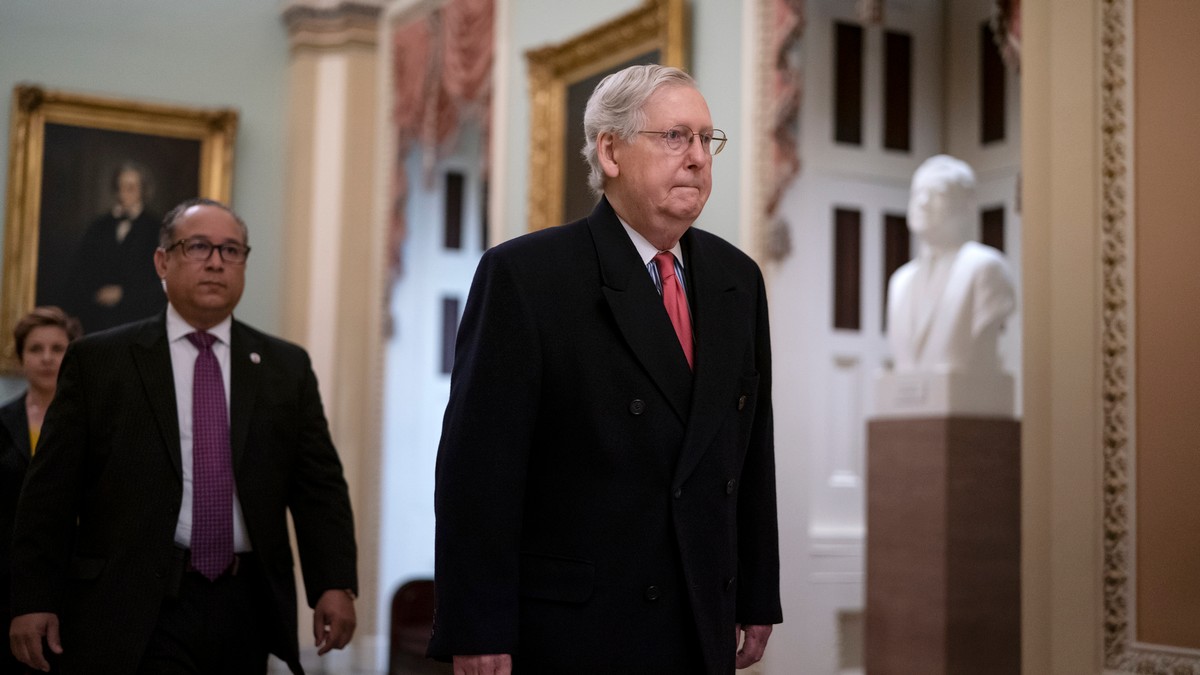 This was supposed to be the week President Trump’s legal team eviscerated House Democrats’ entire impeachment case. Instead, Senate Majority Leader Mitch McConnell is scrambling for the votes he needs to stop former National Security Advisor John Bolton from being called to testify in the impeachment trial.

After Trump’s lawyers rested their case late Tuesday, Republican senators rushed to McConnell’s office for a closed-door meeting. It didn’t go well for McConnell, who afterwards conceded he didn’t have the 51 votes needed to stop testimony from Bolton.

The trial drama sharply shifted to Bolton Sunday after leaks from his forthcoming book showed he spoke directly to President Trump about his desire to withhold aid until Ukraine announced an investigation into former Vice President Joe Biden and his son Hunter.

While most rank and file Republicans remain in lockstep with Trump, some are wavering, particularly after Trump’s own former chief of staff, respected former Gen. John Kelly, came out with an unequivocal defense of Bolton’s forthcoming book.

“If John Bolton says that in the book, I believe John Bolton,” Kelly said to a crowd in Sarasota, Florida, Monday night.

READ: It’s Kind of Amazing How Fast the GOP Turned on Its Former Hero John Bolton

And this time it’s not just the usual suspects — Utah Sen. Mitt Romney, Sen. Susan Collins of Maine, and Lisa Murkowski of Alaska. Even Trump loyalists in the Senate have been torn by the revelation of the manuscript, which some now argue could stand in for Bolton at trial.

“I haven’t decided on that, to be honest with you, but it’s something that I know other folks have talked about – using the manuscript as a way of getting testimony,” Sen. Tim Scott (R-S.C.) told VICE News. “I haven’t considered whether I would find that acceptable or not.”

Other Republican senators aren’t open to the idea.

“I might want to read the manuscript, but it doesn’t necessarily mean it’ll be part of the impeachment process,” Sen. Mike Rounds (R-S.D.) told reporters at the Capitol.

“When you open the door a little, you will never satiate the appetite that the House managers have for witnesses – the witnesses that they want,” Sen. Kevin Cramer (R-N.D.) told reporters. “It’s as if they want to go fishing in the United States Senate, and they’re going to fish until they catch one.”

That’s why even though most Republicans have defended, even championed, Bolton for more than a decade now, they’ve also found their allegiances unexpectedly tested this week after Bolton’s pages were leaked.

“From what I’m reading in the press, [Attorney General] William Barr is disagreeing with what’s been leaked. The president is also disputing it, so I mean, who knows?” Sen. Ron Johnson (R-Wis.), the chair of the Homeland Security Committee, told reporters.

While McConnell struggles to hold together his caucus, it’s not entirely clear Senate Minority Leader Chuck Schumer (D-N.Y) can do the same. Sen. Joe Manchin (D-WVa.) has a personal friendship with Trump and comes from a state that overwhelmingly voted for him. Likewise, Sen. Doug Jones is facing an election in Alabama this year, also a safe Trump state.

For now, Jones is hedging his bets regarding Bolton.

“What we really need to subpoena is his notes,” Jones told VICE News while walking through the Capitol. “That’s what we need to see, not what he’s subsequently given.”

Cover: Senate Majority Leader Mitch McConnell arrives for the impeachment trial of President Donald Trump on charges of abuse of power and obstruction of Congress, at the Capitol in Washington, Tuesday, Jan. 28, 2020. (AP Photo/J. Scott Applewhite)

A Hypersonic Shockwave: What Would Happen if These Two Satellites Collide

‘Eco-fascist’ Arm of Neo-Nazi Terror Group, The Base, Linked to Swedish Arson