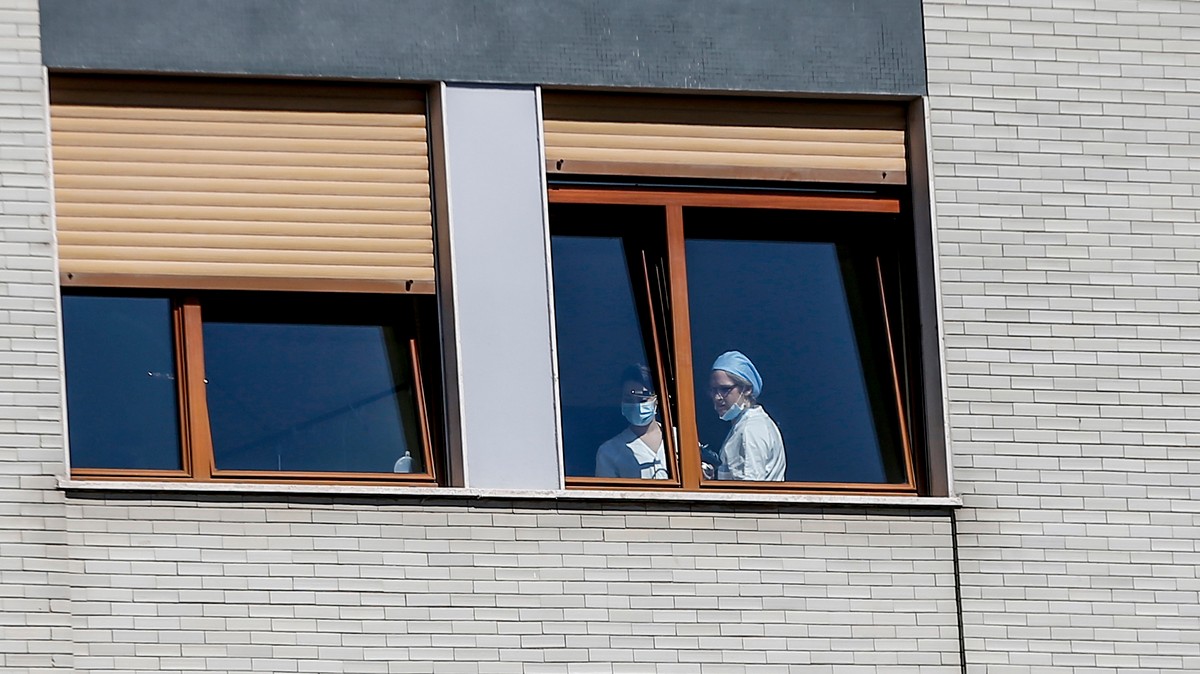 Italian hospitals, buckling under a surge of coronavirus patients, may soon have to deny intensive care treatment to people over 80, according to draft plans for the next phase of the crisis.

A written proposal by the civil protection department of the badly-hit northern region of Piedmont, seen by The Telegraph newspaper, warns that the constant rise in patients means that demand for intensive care resources will outstrip supply. That will force health authorities to choose who gets treated and who doesn’t — with those considered more likely to survive to get priority.

The document, which lays out guidelines for assessing who should get treatment once that tipping point is reached, proposes that people over 80, and those already in poor health, will be denied.

“The criteria for access to intensive therapy in cases of emergency must include age of less than 80 or a score on the Charlson comorbidity Index [measuring what other medical conditions the patient has] of less than 5,” says the document.

Luigi Icardi, a health councillor in Piedmont, said the protocols would establish binding priorities for who receives treatment, based on their chance of survival. “I never wanted to see such a moment,” he said.

The document reportedly only needs approval from a technical-scientific committee before being sent to hospitals. Government sources said the same criteria were expected to be rolled out throughout Italy, the Telegraph reported.

Doctors in Italy, where the epidemic is worse than in any place outside China, have been warning that it will cause their healthcare system to collapse as the unending flow of new patients pushes ICU bed capacity to breaking point. A national lockdown that was imposed last week has done nothing to slow the rise of infections and deaths; officials reported 368 new fatalities on Sunday, the greatest day-on-day increase in the country so far.

Nearly 25,000 people have been tested positive for the virus in Italy, and a total of 1,809 people have died there, out of about 6,000 deaths worldwide. Experts have speculated that the high death toll in Italy is linked to the age of its population, which is the oldest in Europe.

The Italian document adds to the alarming picture of the threat facing the elderly as the pandemic rages in more than 100 countries. In the UK, Health Minister Matt Hancock said Sunday that people over 70 will soon be asked to stay at home for up to four months to protect themselves.

Speaking to the BBC, Hancock said the measure, expected to be announced in coming weeks, was “a very big ask,” but that it was a necessary restriction to try to protect them, as the virus was anticipated to spread widely through the community.

The warning came as details of a secret government briefing to top officials in Britain’s health system laid out the expected impact of the outbreak in the UK. The document, reported by The Guardian Sunday, predicted that the outbreak will last until spring 2021, infect up to 80 percent of the population, and require about 8 million people (about 15 percent) to be hospitalized.

Cover: Hospital personnel seen at the window of the Gemelli hospital where Columbus Covid 2 hospital opened to treat COVID virus patients, in Rome, Monday, March 16, 2020. The vast majority of people recover from the new coronavirus. According to the World Health Organization, most people recover in about two to six weeks, depending on the severity of the illness. (Cecilia Fabiano/LaPresse via AP)

Greek Islanders Want the Refugee Crisis Over — and the Migrants Gone

China Is Now Shipping Coronavirus Test Kits and Masks to the U.S.