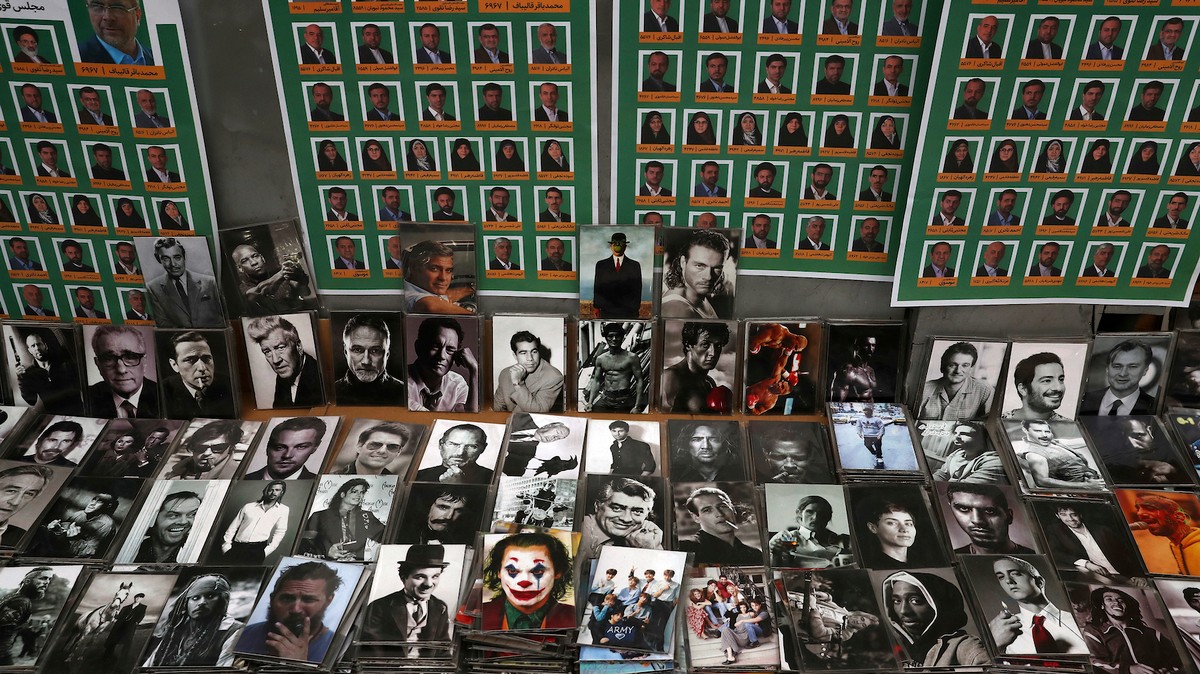 The reporting for this story was supported by the Pulitzer Center.

“If elected, I will promote transparency and work to lower the outrageously high government salaries,” he told the rapt audience of about 400 people at a meet-the-candidates event for seniors. Afterward, Salehi was mobbed by 20 retirees asking for his number so they could contact the up-and-coming parliamentarian after Friday’s elections.

Salehi is young, charismatic, and one of thousands of hard-line politicians in Iran hoping to win by capitalizing on rage at the Iranian government — and the U.S.

Three years ago, hard-line politicians, who opposed the nuclear accord, would have done poorly at the ballot box. But in Friday’s parliamentary elections, Salehi and others like him are expected to score a big victory, which could raise tensions with the U.S. and throughout the region.

Two years of crippling U.S. sanctions have helped cause a two-thirds drop in the Iranian currency. Many Iranians blamed their own government’s corruption and incompetence, taking to the streets with demonstrations last November. But then the U.S. killed General Qassem Soleimani, a top official of the Revolutionary Guard and the second most popular leader in Iran.

Soleimani’s death in early January convinced Hasan Muhamdi, 67, to vote for the hard-liners. While collecting a share of food set aside for him at a nonprofit, Muhamdi told VICE News, “I will definitely vote. It’s a punch in the face of Trump!”

The parliamentary elections are a bellwether for next year’s presidential race and a measure of popular support for confrontation with the U.S.

This trend is familiar around the world: Working-class people fed up with a lack of opportunity are striking back at a government backed largely by wealthier and more-educated citizens.

In this case, Iranians are also striking back at the U.S.

These hard-liners control the judiciary, the intelligence services, and the officer corps of the Revolutionary Guard, drawing strong support from the clergy, religious workers, and business people. Reformists, who want a free market and moderate reforms to Iran’s system, are broadly supported by intellectuals, the upper middle class, and some big business people.

The groundwork for a hard-line resurgence was laid when President Donald Trump unilaterally pulled out of the Iran nuclear accord and imposed harsh sanctions on the country in 2018. Those measures, combined with economic mismanagement, led to 38% inflation and an economic crisis.

Many ordinary Iranians blame the crisis on the more moderate politicians currently running the show.

“The U.S. withdrawal from the nuclear accord was a humiliation for the reformists,” a prominent journalist and Rouhani supporter told VICE News, speaking on condition of anonymity for fear of retaliation. “It was Trump’s gift to the hard-liners.”

Hard-liners continue to argue that Rouhani should accept the consequences for having negotiated the nuclear accord in the first place.

“Why sit down and be friendly with people who say you’re lying?” said Nader Talebzadeh, a hard-line leader who hosts an influential weekly TV show.

But the balance between the competing ideologies shifted irreparably on Jan. 3, when a U.S. drone killed Soleimani in Baghdad, bringing the two countries to the brink of war. The general was widely beloved in Iran, seen as a patriot and a self-made man. Millions of people attended funeral processions in several cities, with Iranians of all political persuasions mourning him — and calling for retribution against the U.S.

The other shoe fell on Jan. 8 when the Iranian military accidentally shot down a Ukrainian passenger jet departing Tehran, killing all 176 passengers and crew. While Soleimani’s killing strengthened hard-liners who despise the U.S., the Ukrainian airline tragedy weakened reformists because Rouhani didn’t admit that Iran was behind the crash for three days.

And even outside of this cataclysmic series of events, there are accusations that reformists’ chances in the election have been undermined by bias.

In Iran, a body of 12 Islamic clerics called the “Guardian Council” decides who actually gets to run for Parliament. Over the past few months, the council disqualified half of the 14,444 people who declared their candidacy for the 290-seat Parliament — and half of those kicked out of the race were reformists and moderates. The Guardian Council also disqualified 90 sitting MPs.

The Council’s reputation was further damaged by accusations that some rejected candidates paid bribes to middle men in an effort to have the clerics reverse their decision. Twelve of these middle men have been arrested so far, with others still under investigation, according to reformist Member of Parliament Mahmoud Sadeghi, who helped uncover the scandal. Sadeghi told VICE News that investigators had not yet determined if the middle men “could actually change the outcome of candidates’ status.”

Sadeghi said the moderate candidates, in alliance with Rouhani, offer the best chances to reduce tensions with other countries.

“Rouhani is making an effort to calm the regional situation,” he said. “The principalists escalate tensions more.”

The outcome of Friday’s election will likely hinge on voter turnout. The hard-liners have been gathering steam for the past two years and hope for a large turnout of their supporters angry at what they characterize as the assassination of Soleimani. Moderate candidates, disappointed with the economy and angry about the Ukrainian airliner incident, might just stay home

“The principalists see voting as a duty, much like attending prayers at a mosque,” according to the pro-reform journalist. “The reformist supporters are like the constituencies in the U.S. Democratic Party such as African-Americans and Latinos. They have to be motivated to vote.”

Candidates must receive at least 20% of the vote in their city. Those who don’t make that threshold participate in runoff elections. Preliminary results will be announced in the coming days, but final results won’t be reported for several months.

As hard-liners campaigned, Rouhani has been encouraging a large turnout to stem a hard-line victory. At a Sunday press conference, the president put a positive spin on recent economic developments, saying conditions have improved over the past six months. Iran’s Central Bank published data showing manufacturing had grown from negative 12.5% in 2018 to 2.3% this year.

But critics say such statistics are hardly earth-shattering.

“I’m always skeptical about Rouhani,” said Talebzadeh. “Iranians are struggling to make it. People can’t afford to buy land or houses. We’re just waiting for his term to end.”

Cover: Posters of candidates in the Feb. 21st parliamentary elections are pasted on a wall next to celebrity photos displayed by a street vendor, on a sidewalk in downtown Tehran, Iran, Wednesday, Feb. 19, 2020. (AP Photo/Vahid Salemi)

The 5 Most Savage Moments From Last Night’s Democratic Debate