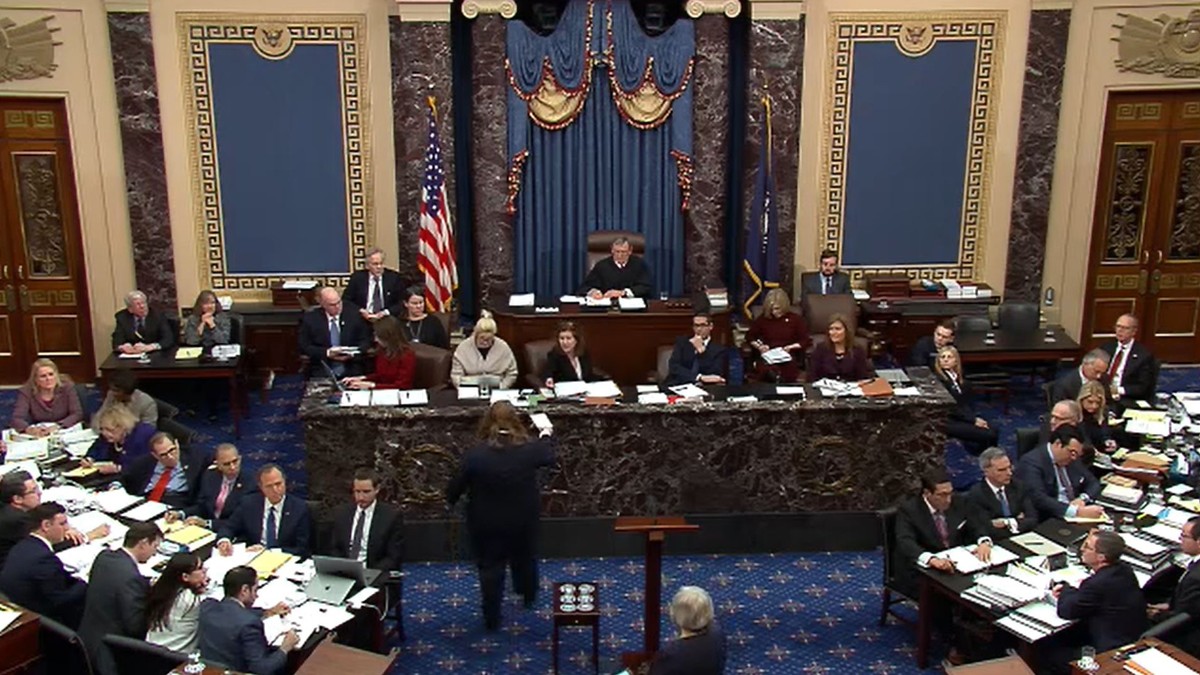 WASHINGTON — John Bolton won’t be dropping any truth bombs on President Trump in the Senate impeachment trial after all.

And neither will anyone else.

The Senate voted against calling witnesses Friday, making Trump’s the first of over a dozen Senate impeachment proceedings in U.S. history to go 100% witness-free. Moments before the vote took place, a GOP moderate blasted her own Republican-controlled Senate for failing to ensure a “fair trial” as justification for prolonging the hearings any further.

The chamber killed the motion with a vote of 51-49. Only two Republicans joined Democrats to vote for witnesses: Mitt Romney of Utah and Susan Collins of Maine.

The result sets the stage for Trump’s impeachment drama to wind down next week, after the final niceties, debates, and speeches wrap up. Having failed to convert even the four Republicans they needed to score fresh testimony or documents, Democrats look dead-certain to lose the big, final vote to boot Trump out of office, too.

Such testimony from Bolton would have fed directly into Democrats’ impeachment case against Trump. The House of Representatives impeached Trump in December for abusing his office by pressuring Ukraine to investigate Biden, and for then blocking the congressional investigation into what happened.

Bolton’s book says Trump explicitly stated that he wanted to continue a freeze on vital military aid to Ukraine, a nation locked in a brutal war with Russia-backed separatists, until Ukraine announced the investigations Trump wanted, according to The New York Times.

On Friday, the Times reported that Trump asked Bolton “to help with his pressure campaign to extract damaging information on Democrats from Ukrainian officials,” by arranging for Ukraine’s president to meet with Trump’s lawyer Rudy Giuliani.

Democrats have blasted Bolton for signaling his willingness to testify about big moments in the Ukraine scandal without coming forward to actually say his piece in public.