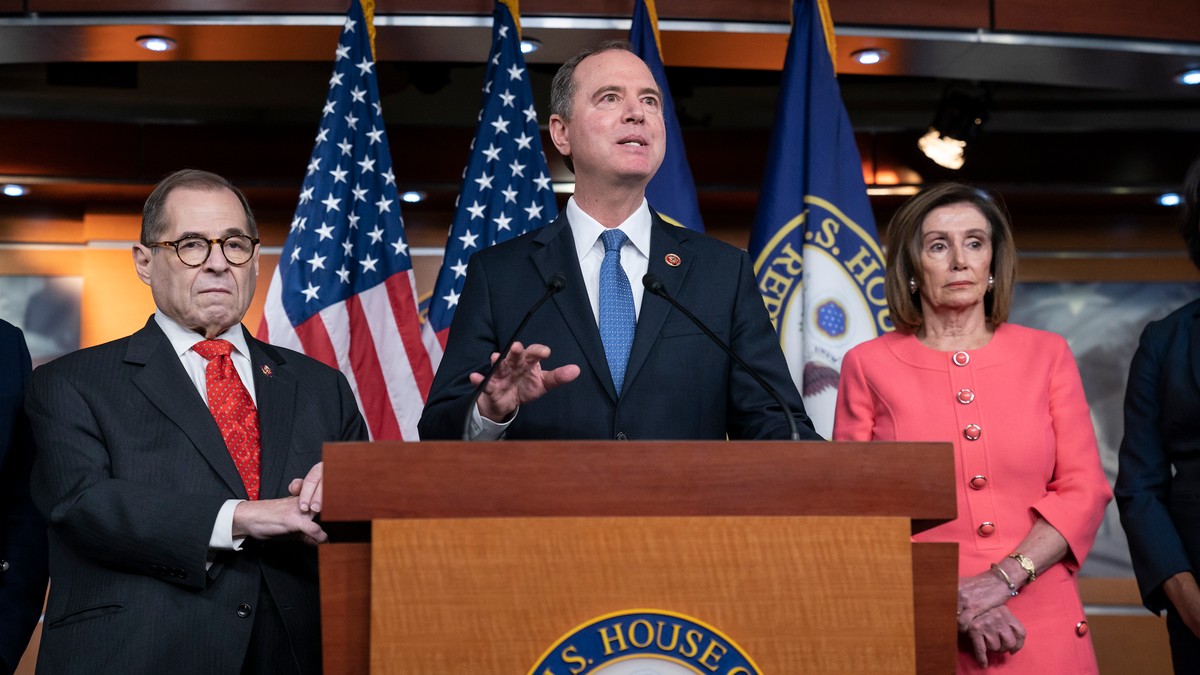 “Donald J. Trump has abused the powers of the presidency,” said House Intelligence Committee Chairman Adam Schiff (D-Calif.), one of the seven impeachment managers, as he read the articles.

“President Trump solicited the interference of a foreign government, Ukraine, in the 2020 United States Presidential election,” Schiff said, “soliciting the Government of Ukraine to publicly announce investigations that would benefit his reelection, harm the election prospects of a political opponent, and influence the 2020 United States presidential election to his advantage.”

The two articles of impeachment read into the official record by Schiff that the Senate will vote on: abuse of power and obstruction of Congress.


The first focuses on Trump’s apparent efforts to pressure Ukraine’s government into announcing investigations into his political foes, an effort that included the Trump administration withholding military aid to the embattled country that had been approved by Congress.

The second pertains to Trump’s attempts to completely stonewall Congress as it investigated his alleged wrongdoing.

The Senate will actually be sworn in for the trial by Supreme Court Chief Justice John Roberts at 2 p.m. Eastern time Thursday, and the trial itself will get going in earnest on Tuesday.

The trial itself will run six days a week with breaks on Sundays, beginning at noon every day.