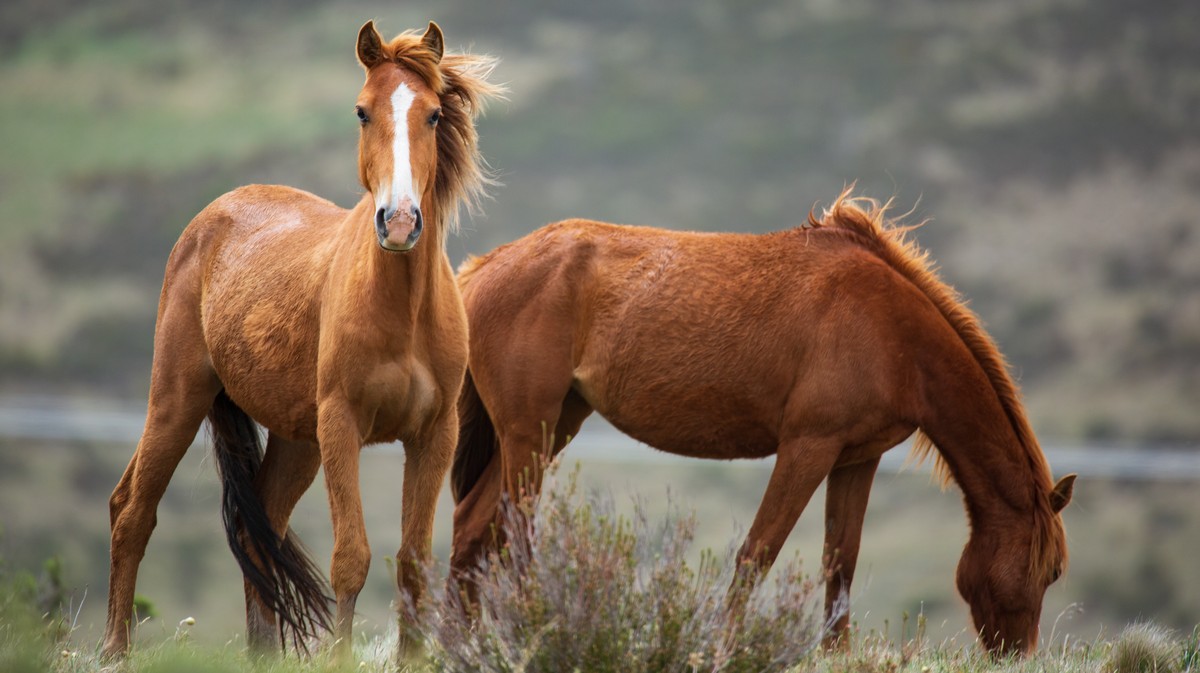 Australia’s wildfires have already killed an estimated one billion animals, and in some cases, not even rescue operations can save the rest. Veterinarians have started carrying .22 rifles to euthanize critically injured kangaroos: The charred ground can burn their feet too badly for them to survive.

But many invasive species, which outcompete animals that only live in Australia, have thrived in the devastation left behind by months of flames. Wild brumbies, for example — a non-native breed of wild horses — have no trouble trotting across the scalding landscape with their hooves. Because no hooved animal is native to Australia, the brumbies are chomping up sprouting plants native species can’t reach.

Since they started in August, the bushfires have destroyed more than 40,000 square miles, an area the size of Ohio, and decimated fragile ecosystems that have survived for millenia. But some invasive species, which the Australian government has tried to control in the past several years, are thriving. In addition to the brumbies, feral cats and red foxes have an easier time hunting in the fires. Just last year, the Australian government essentially declared war on the cats and aimed to cull 2 million of them.

Now, invasive species pose such a threat to Australia’s ecosystems, they could help wipe out animals that live on the continent and nowhere else.

“It’s ecosystem collapse that we’re really scared of,” said Jess Abrams with the Australian Conservation Foundation. “Ecosystems can tolerate a certain level of disturbance. But when they have a really massive disturbance, all of sudden they tip over into a different kind of ecosystem.”

Thousands of tree-dwelling koalas have died in the wildfires so far, and Australians are nursing the surviving ones, with charred fur, back to health. Volunteers all over the world (including inmates in Florida prisons) have sent so many hand-sewn pouches to Australia for the orphaned kangaroos and koalas that one aid organization asked people to stop sending them.

The fires have also completely burned up the habitats of several critically threatened native species, including a carnivorous marsupial called the Kangaroo Island dunnart. Dozens more threatened species, like the long-footed potoroo, which has had more than half of its habitat scorched in south Australia, are being pushed toward the brink of extinction. Even if the rare marsupials survive the flames, they’ll likely have trouble finding food in the burnt remains of their forests.

The animals that survive the flames have to contend with feral cats, which move toward the fires to hunt.

One study found the cats will travel up 18 miles from their home turf to hunt in areas where wildfires recently burned. They’ve figured out that the animals they feed on are more vulnerable in a burning landscape.

“The habitats that a lot of our small marsupials will hide from cats in — the really dense underbrush — that’s all gone,” Abrams said.

As the cats up their hunting game, the animals they hunt could be wiped out from some ecosystems.

The fires, which have killed at least 34 people and started encroaching on Canberra, the Australian capital, last week, are threatening the native plant populations, too. And invasive herbivores aren’t helping matters.

The eucalypt forests — populated by the family of plants that includes eucalyptus — are unique to Australia and thrive in fire-prone areas. With their waxy capsules that open after being exposed to high-heat, they tend to do just fine in a burning landscape. But the fires are now too frequent. The plants are burning before they’re sexually mature and have grown those capsules.

“We have seen massive swaths of areas that resprouted back, and then there was another big huge fire that killed everything, and now those areas don’t have eucalypts anymore,” said Andres Holz, a professor of geography at Portland State University who studies fire ecology.

And when new shoots do sprout up after the fires, those hooved animals — invasive feral deer in particular — will forage for saplings. That makes it harder for native plants to recolonize the burnt areas.

“There are no hard-hooved animals native to Australia,” said Andrew Cox, the head of Australia’s non-profit Invasive Species Council. “Feral deer, and to some extent goats and pigs — after fires they tend to proliferate and spread into new areas.”

Even before the fires, Australia was undergoing an extinction crisis, fueled by expanding human populations and political indifference to conservation policies. In the last 200 years, Australia has lost at least 50 animal species and 60 plant species to extinction, according to the Guardian.

Even small shifts in populations within ecosystems could ripple out and cause huge changes on the whole, and scientists don’t know how the burned areas will recover after the fires. The loss of a moss, an insect, or any small, crucial piece of an ecosystem could drastically alter the way it functions.

“We can think about the sort of iconic charismatic animals but then we move into insects or other types of microbes that all have their role in this big, complex machinery we call the ecosystem — we really don’t know what’s going to change and who then is going to take advantage,” Holz said.

Some species and ecosystems will adapt to a hotter world, with more frequent wildfires and a drier climate. It’s too soon to say for sure that nonnative species will win out over uniquely Australian critters. But that’s what scientists are worried about.

“The recovery will see new ecosystemes that are effectively the response to more bushfires and a drier climate,” Cox said. “It’s just bringing home the reality of what global heating really looks like on the ground.”

Rush Limbaugh Said He Has Advanced Lung Cancer: ‘I Wish I Didn’t Have to Tell You This’