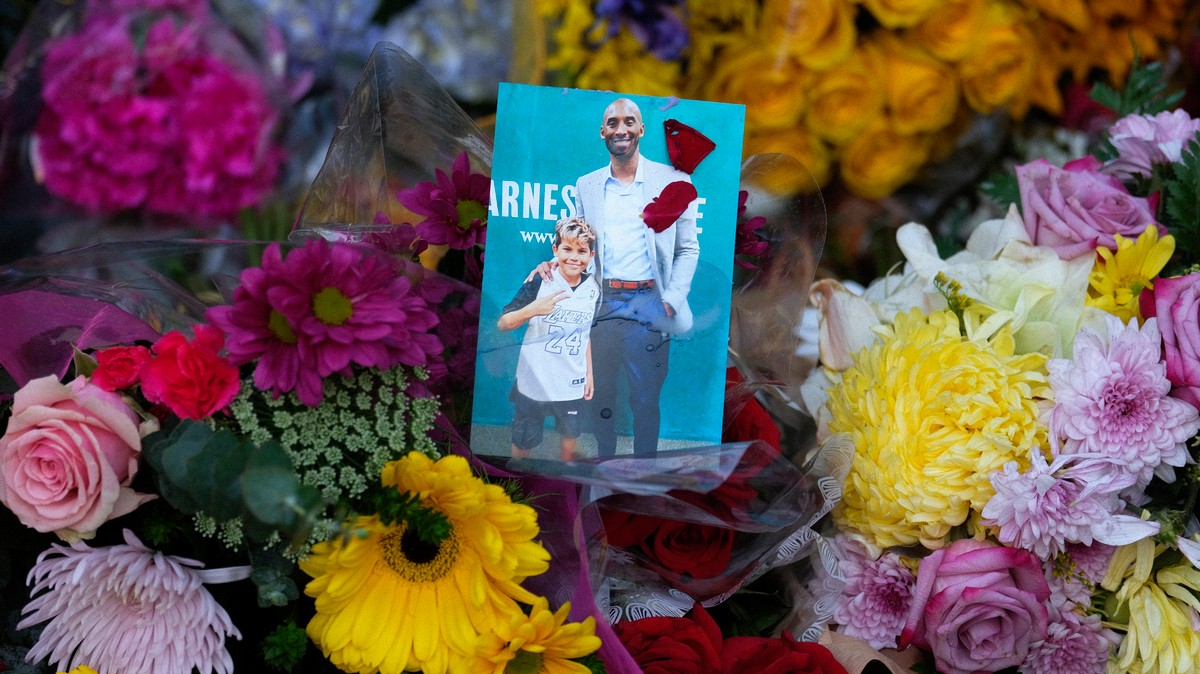 The cause of the Southern California helicopter crash that killed NBA legend Kobe Bryant, his 13-year-old daughter, Gianna, and seven others on Sunday remains a mystery, but air traffic controllers were reportedly concerned about dense fog in the area, which the pilot was given a special clearance through.

Despite the poor conditions, pilot Ara Zobayan was given a “special visual flight rule” clearance by the Burbank air control tower to fly through it, according to a radio conversation between Zobayan and air traffic controllers published by LiveATC.net. While Zobayan asked for “flight following,” or regular contact with air traffic controllers, the Burbank Airport control tower responded that he was flying at too low of an altitude, according to CNN.

The effort to recover the bodies is underway, but officials said that given the rough terrain of the area and debris from the crash site, it could take days. Firefighters had to hike into the hills to put out the quarter-acre brush fire caused by the crash, Los Angeles fire chief Daryl Osby said in a press conference.

In addition to the local investigation, Federal Aviation Administration and National Transportation Safety Board officials are investigating the crash with assistance from the FBI, according to the Los Angeles Times.

The Sikorsky S76 series is considered a reliable name and is known for use by corporations and public figures. Lockheed Martin, which owns Sikorsky, said in a tweet that it would assist in any investigation and that if “actionable findings” arise, the company would inform its customers.

The helicopter was built in 1991 and was formerly owned by the state of Illinois before its purchase by Island Express Helicopter Corporation, which operated the helicopter until the crash, according to Helis.com. Other helicopters in the same series have been used by celebrities such as Queen Elizabeth II, according to Newsweek.

In total, nine people were on the Sunday flight, according to CBS News. In addition to the Bryants and Zobayan, two other families were aboard the helicopter — Alyssa Altobelli and her parents, John and Keri, as well as Payton Chester and her mother, Sarah Chester. Christina Mauser — a basketball coach at Harbor Day School — was also on board. They were on their way to a tournament at the Mamba Sports Academy in Thousand Oaks, co-founded by Kobe.

Sunday saw an outpouring of remembrances for the 41-year-old Bryant, who was drafted at the age of 18 in 1996 and went on to play 20 seasons for the Los Angeles Lakers, during which the team won five NBA championships. Former teammate Shaquille O’Neal, with whom Bryant won the majority of those titles, tweeted his condolences on Sunday:

Both Kobe and Gianna “Gigi” Bryant have been a regular sight at NBA games this season. The younger Bryant was a promising player in her own right, and her father said she was “hellbent” on playing basketball for the storied University of Connecticut women’s basketball program.

“What I love about Gigi is her curiosity about the game,” Bryant told the Los Angeles Times in 2019, calling his daughter “something else” on the basketball court.

Another victim, John Altobelli, was a highly respected baseball coach at Orange Coast College in Costa Mesa, a top community college program where 10 players from last year’s team went on to receive scholarships at four-year colleges and universities, according to the Washington Post.

Altobelli also coached collegiate summer baseball in Massachusetts for three years, according to the Post; during that time, he coached future major league players such as Aaron Judge, Jeff McNeil, and Scott Kingery.

On Sunday, Mauser’s husband posted a Facebook status: “My kids and I are devastated. We lost our beautiful wife and mom today in a helicopter crash. Please respect our privacy. Thank you for all the well wishes they mean so much.” Payton Chester’s brother also posted a tribute to his sister and mother on Instagram.

The group was bound for a tournament where Bryant’s Los Angeles Lady Mambas were set to play a team from Fresno at 2 p.m., according to the Fresno Bee.

“We walked into the gym and everyone was on their knees and praying,” the Fresno team’s coach told the paper. “(My girls) were crying and in disbelief. They were excited to play against Kobe Bryant’s daughter and take a picture with him. And then this tragic event happened.”

Cover image: A picture and flowers are placed at a memorial for Kobe Bryant near Staples Center Monday, Jan. 27, 2020, in Los Angeles. Bryant, the 18-time NBA All-Star who won five championships and became one of the greatest basketball players of his generation during a 20-year career with the Los Angeles Lakers, died in a helicopter crash Sunday. (AP Photo/Ringo H.W. Chiu)

AOC vs. Jonathan Van Ness: Welcome to the Influencer War in Iowa