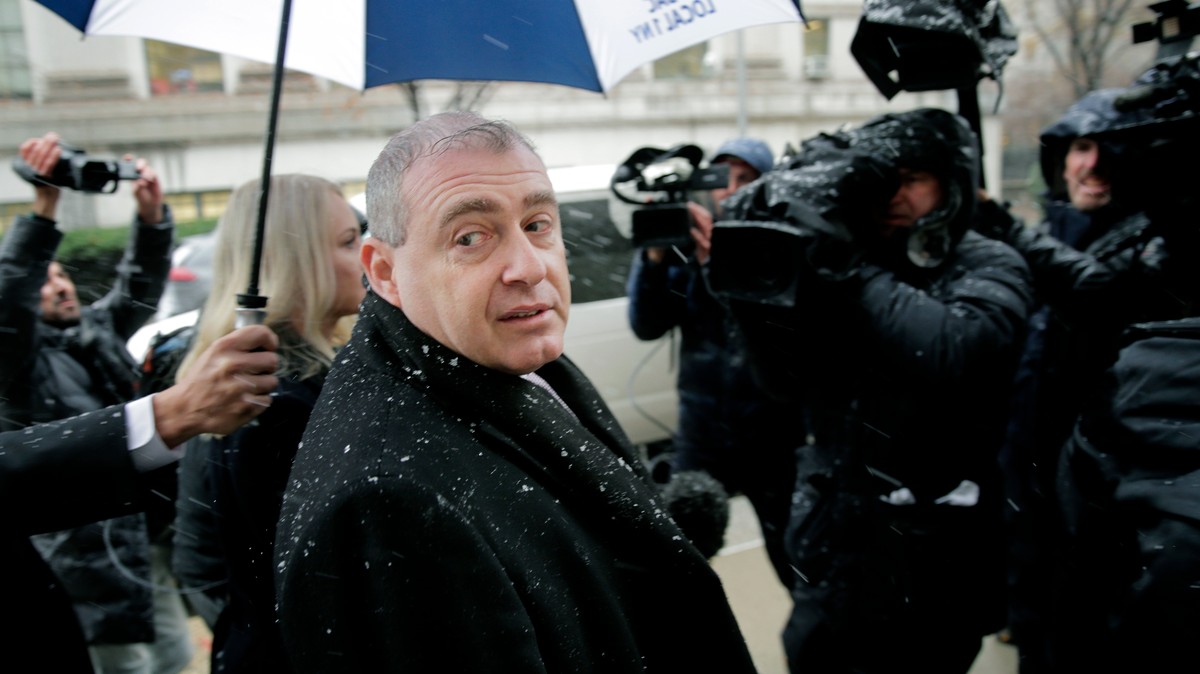 In an astonishing hour of television Wednesday night, the indicted Soviet-born associate of Rudy Giuliani let loose a barrage of stunning accusations against Trumpworld, insisting President Trump and his top aides had detailed knowledge of his efforts to get Ukraine to announce an investigation of Trump’s 2020 rival Joe Biden and his son Hunter.

“It was all about Joe Biden, Hunter Biden,” Parnas told Rachel Maddow on MSNBC. He breezily dismissed the defense raised by Trump’s loyalists that Trump was just trying to root out corruption in Ukraine.


“It was never about corruption,” Parnas said.

Now, Trump officially has a massive new problem named Lev Parnas — right on the eve of his Senate impeachment trial, which will turn on exactly the kind of accusations Parnas just began delivering in spitfire fashion to the media.

Democrats voted to impeach Trump in December for abusing his office by pressuring Ukraine to announce an investigation of Biden, and for then attempting to cover it up when Congress began investigating. Now, Trump faces a trial in the Senate over whether he should be removed from office for those accusations.

Parnas is clamoring to testify before Congress about his adventures in Ukraine at the elbow of Giuliani, Trump’s private attorney.

Parnas’ incendiary claims and credibility are sure to be questioned, in part thanks to the criminal charges he faces for allegedly funneling illegal donations to GOP candidates and campaigns on behalf of foreign interests.

But he’s already delivered a boatload of evidence that can back up what he told Maddow — in the form of texts, photographs, videos, WhatsApp records, and voicemails shipped to House impeachment investigators, right up to the night before they formally delivered the articles of impeachment to the Senate.

So far, he’s showing no sign of backing down: His appearance with Maddow was immediately followed up with interviews in The New York Times and CNN.

And he’s got a bonkers story to tell.

“Everybody was in the loop.”

Parnas insisted Wednesday night that Trump and others knew every move he was making in Ukraine.

“President Trump knew exactly what was going on,” Parnas said. “He was aware of all my movements. I wouldn’t do anything without the consent of Rudy Giuliani, or the president.”

Parnas said he told a top Ukrainian advisor to Ukrainian President Volodymyr Zelensky that the U.S. was threatening to do more than just cut off the $391 million in vital military assistance, which Trump held up last summer in a move at the heart of Trump’s impeachment.

Ukrainian officials see American support as vital in helping to end their bloody conflict with Russia on the country’s eastern border and demonstrating strength to Moscow in talks aimed at stopping the fighting.

Parnas said he told a Ukrainian advisor to the newly-elected president Zalensky that the U.S. would cut off all types of assistance, including symbolically important diplomatic support for the country’s war with Russia-backed separatists, if the country didn’t announce an investigation of Biden.

Parnas said he got that message directly from Giuliani, who got it from Trump.

“Mayor Rudy Giuliani told me after, you know meeting with the president at The White House, the message was it wasn’t just military aid, it was all aid,” Parnas said. “Basically their relationships would be sour, that we would stop giving them any kind of aid.”

Parnas said he delivered the message in a “heated” exchange, because that’s how Giuliani wanted it.

“I was told to give it to him in a very harsh way, not in a pleasant way,” Parnas said.

Parnas says he warned the advisor, Shergey Shefir, that if an announcement about an investigation into Biden wasn’t made, Vice President Mike Pence would cancel plans to show up at the inauguration ceremony for Ukraine’s new president, Volodymyr Zelensky.