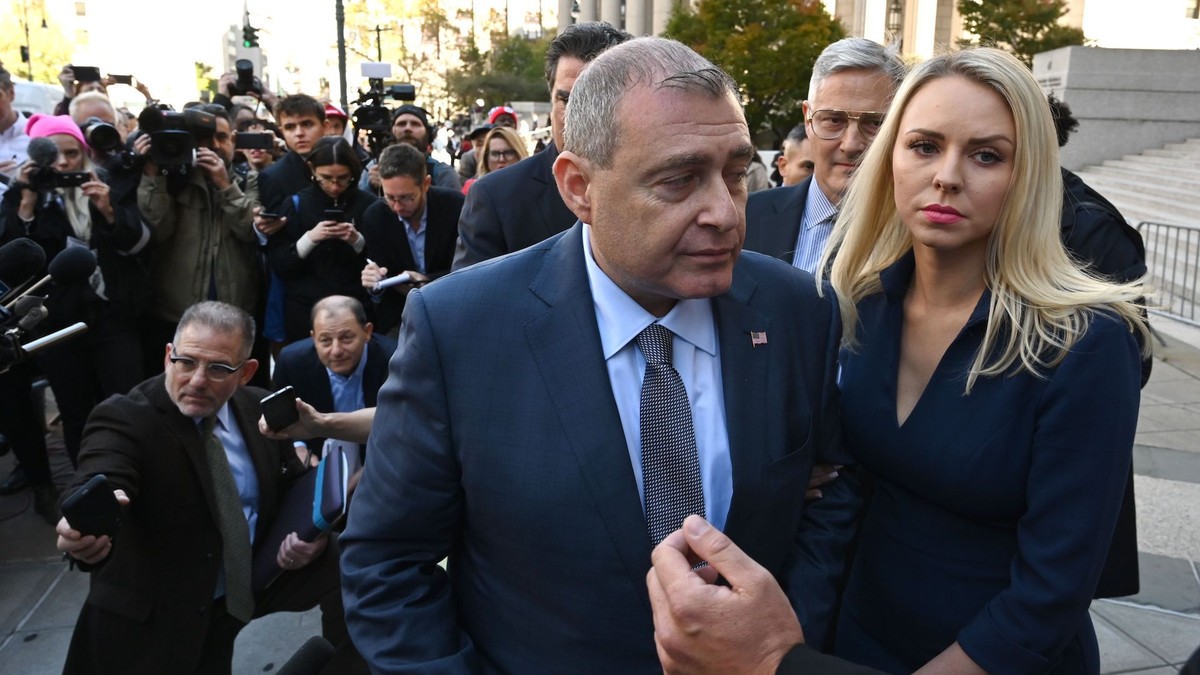 WASHINGTON — To hear Lev Parnas tell it, President Trump’s inner circle feels like “a cult,” one that Parnas only quit after a fiery breakdown in a jailhouse visiting room following his arrest in October.

Now, the ex-associate of Trump’s attorney Rudy Giuliani claims he’s telling the story of all the things he did as a citizen of Trumpworld, including the unsavory parts, and the things he now regrets. And, especially, how he pressured the government of Ukraine, the country where he was born, to deliver political favors for Trump.

Parnas, a businessman now facing criminal charges for allegedly funneling illegal foreign donations to GOP political campaigns, revealed more details of his journey through Trump’s orbit in a second installment of his interview with MSNBC’s Rachel Maddow on Thursday night, including his angry showdown with Trump’s former lawyer John Dowd while in jail.

And he revealed just how far he’s come: From a former Trump super-fan, to a man now clamoring to become a key fact witness against Trump in the Senate impeachment trial, which officially got underway yesterday.

Parnas now tells CNN he had so much MAGA paraphernalia in his home that his wife was embarrassed when FBI agents, under the aegis of Trump’s Department of Justice, arrived to search the place last fall.

Now, he’s alleging that Trump’s top aides were “in the loop” about a grand scheme to press Ukraine to announce an investigation of Trump’s potential Democratic 2020 rival, former vice president Joe Biden, to help Trump get reelected this fall.

READ: Lev Parnas is a risky witness. Democrats might bring him in, anyway.

Perry was the replacement for Vice President Mike Pence to attend the May inauguration of Ukrainian President Volodymyr Zelensky, after Pence pulled out in what Parnas described as a power move meant to force an announcement of the probe.

American diplomatic support is seen as vitally important in Ukraine as it struggles to end a bloody conflict with Russian-backed separatists in its eastern regions. Ukraine wants the symbolism of Washington’s backing to show strength to Moscow as it tries to reach a negotiated settlement.

Parnas says he told a senior advisor to Zelensky in May that the U.S. would cut all financial and diplomatic support for the war-torn country if the investigation announcement didn’t come soon. Ukraine didn’t make a statement, so Pence pulled out of the trip to Zelensky’s inauguration, Parnas says.

Rick Perry went to Ukraine instead — and at some point, he delivered the message to Zelensky about the investigations, according to Parnas.

But Zelensky didn’t deliver: He made a bland announcement about battling corruption in general, according to Parnas.

“Giuliani blew his lid on that, saying, ‘That’s not what we discussed,’” Parnas told Maddow. “It wasn’t supposed to be a corruption announcement. It has to be about Joe Biden and Hunter Biden and Burisma.”

But Parnas painted a more complex picture of Secretary of State Mike Pompeo.

Parnas suggests that Pompeo was regularly in touch with Giuliani, but seemingly slow to fire the U.S. ambassador to Ukraine, Marie Yovanovitch, despite Trump’s repeated orders, for reasons that remain unclear.

Pompeo’s been hammered by past and current State Department employees for failing to speak out in support of Yovanovitch, whose removal Parnas says was part of a plan to clear the way for the shadow diplomacy campaign to pressure Ukraine over the Biden investigations.

Trump verbally ordered the firing of Yovanovitch some four or five times, Parnas said, only to be stymied when his underlings failed to fulfill his orders. She was finally recalled in the spring of 2019.

Parnas said another member of Trumpland was also “in the loop” about the Ukraine scheme, despite wanting to stay out of it: Trump’s lawyer Jay Sekulow.

Parnas said he spoke with Sekulow on “several occasions,” and that Giuliani “basically told me that Jay was aware of everything, that he brought him up to speed, that I could call him and he was on top of it.”

Sekulow sent Dowd a letter, which Parnas has turned over to Congress, which said Trump approved allowing Dowd to represent Parnas and Parnas’ associate Igor Fruman.

READ: Lev Parnas just became a big problem for Trump (and Pence and Giuliani and Barr and Nunes)

Dowd then told Congress in a letter that Parnas was exempt from cooperating with their impeachment inquiry thanks to his work for Giuliani, who was working for Trump, and therefore was protected by executive privilege.

“Be advised that Messrs. Parnas and Fruman assisted Mr. Giuliani in connection with his representation of President Trump,” Dowd wrote in a letter to the House Intelligence Committee.

But then Parnas was arrested in October — and he felt like his world shook loose.

Parnas says his break from Trumpworld came during an explosive dispute with Dowd and another attorney named Kevin Downing, who once defended Trump’s jailed former campaign chairman, Paul Manafort.

After Parnas was arrested, Dowd and Downing came to visit. But instead of reassuring him, Parnas says Dowd effectively told him to “be a good boy,” stay silent, and take the legal hit to protect Trump.

“I think they tried to keep me quiet,” Parnas said.

“It was his condescending attitude,” Parnas said. Like, ‘Who do you think you are?”

Parnas told Maddow he felt like he’d been abandoned by his former team. In another interview with The Daily Beast yesterday, he said: “I felt like my family left me.”

He now says he lost his cool with Dowd and Downing that day — and switched course, against Trump.

“And basically, word for word, and then I said, ‘If you don’t get out of here right now, something bad is going to happen because I don’t want to see the two of you,’” Parnas said.

“And at that point, Downing hit the emergency button and the security took me out and took them out.”

Cover: Lev Parnas (C), a Ukrainian-Floridian businessman who is both a client and associate of Rudy Giuliani, leaves with his wife Svetlana Parnas after his arraignment in the Southern District of New York court on October 23, 2019. (Photo: TIMOTHY A. CLARY/AFP via Getty Images)

‘A Bunch of Dopes and Babies’: Inside the Meeting Where Trump Unloaded on Generals