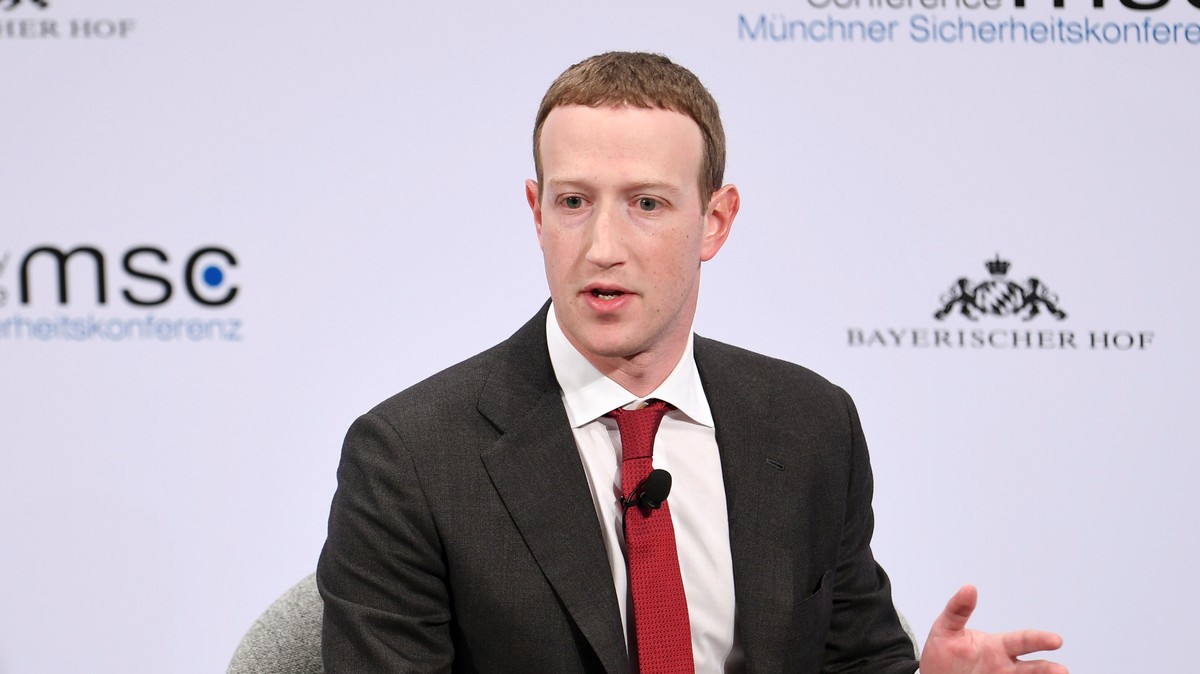 Facebook CEO Mark Zuckerberg spent the weekend in Europe telling anyone who would listen that he wants regulation — even if it damages his company’s business.

But experts are skeptical about Zuckerberg’s overtures, and say he is once again abdicating responsibility for the worst content on his platform and avoiding real scrutiny, all while spending tens of millions on lobbying efforts to ensure any new regulations are toothless.

Zuckerberg began his European tour on Saturday at the Munich Security Conference, where he dismissed claims that Facebook had undermined democracy, exacerbated societal divisions, or contributed to political polarization — despite large amounts of evidence that it has.

What the Facebook co-founder did say was that his company should be regulated like something between a newspaper and a telecoms company, adding that it simply could not vet all the 100 billion pieces of content posted on its platform every day.

“We don’t want private companies making so many decisions on how to balance social equities without democratic processes,” he added.

Zuckerberg expanded on this in an op-ed for the Financial Times published on Sunday, saying he welcomed regulation even though it will damage his company’s bottom line.

“I believe good regulation may hurt Facebook’s business in the near term but it will be better for everyone, including us, over the long term,” he said.

Zuckerberg will now meet European commissioners in a closed-door meeting in Brussels on Monday “to discuss a framework for new rules and regulations for the internet,” a Facebook statement said.

In his op-ed, Zuckerberg said, “to be clear, this isn’t about passing off responsibility,” but that is just how many experts see Facebook’s approach to regulation.

“This is called a punt,” Jason Kint, CEO of Digital Content Next, a New York-based association of online publishers, said in a tweet, pointing out that Zuckerberg has repeatedly refused to appear before the International Grand Committee on Big Data, Privacy, and Democracy, a group of international lawmakers seeking to hold Facebook to account.

“We shouldn’t let him influence regulation behind closed doors and in carefully crafted op-eds,” Kint added, telling VICE News, that “the issue isn’t that Facebook needs new regulations but that Facebook is too powerful to follow laws and has shown significant disrespect to the very lawmakers charged with representing its citizens and holding them accountable.”

Facebook’s stance is “hypocritical,” according to Tommaso Valletti, an economics professor at Imperial College London, given that the social network expected to rake in around $800 million from political ads during the 2020 election in the U.S. alone. “This is a PR stunt. Facebook is trying to position itself above the rule of law, and trying to get the recent past completely forgotten,” Valletti told VICE News.

Experts are also worried that while Zuckerberg may publicly profess his desire for more regulation, Facebook’s multi-million dollar lobbying efforts in both DC and Brussels will have a much greater impact on the type of regulation that is passed by lawmakers.

In Europe, officials are hashing out the details of the Digital Services Act, a new law that will regulate how the internet operates. It aims to tackle illegal content online and political advertising across platforms, as well as establish an EU definition of hate speech

READ: So Facebook cleared things up for 2020: politicians can totally lie to users

“Zuckerberg failed to deliver on his numerous pledges to address extremism on his platform, especially in the wake of the Christchurch massacre being streamed live on Facebook,” David Ibsen, the executive director of the Counter Extremism Project, told VICE News in an emailed statement.

In the wake of the mosque shooting in New Zealand, Facebook signed up for an agreement, called the Christchurch Call to Action, promising to work more closely with governments to eradicate extremist content from its platform.

But terror groups continue to exploit Facebook for online radicalization.

“Facebook is still hosting extremist content while attacks linked to online radicalization continue to occur. It is unacceptable that instead of taking responsibility for the terrorist material thriving on the platform, Zuckerberg is trying to thwart the EU authorities’ efforts to ensure a safer online environment for Europeans. We appeal to European decision-makers not to place the appeals of American tech oligarchs over the safety of European citizens.”