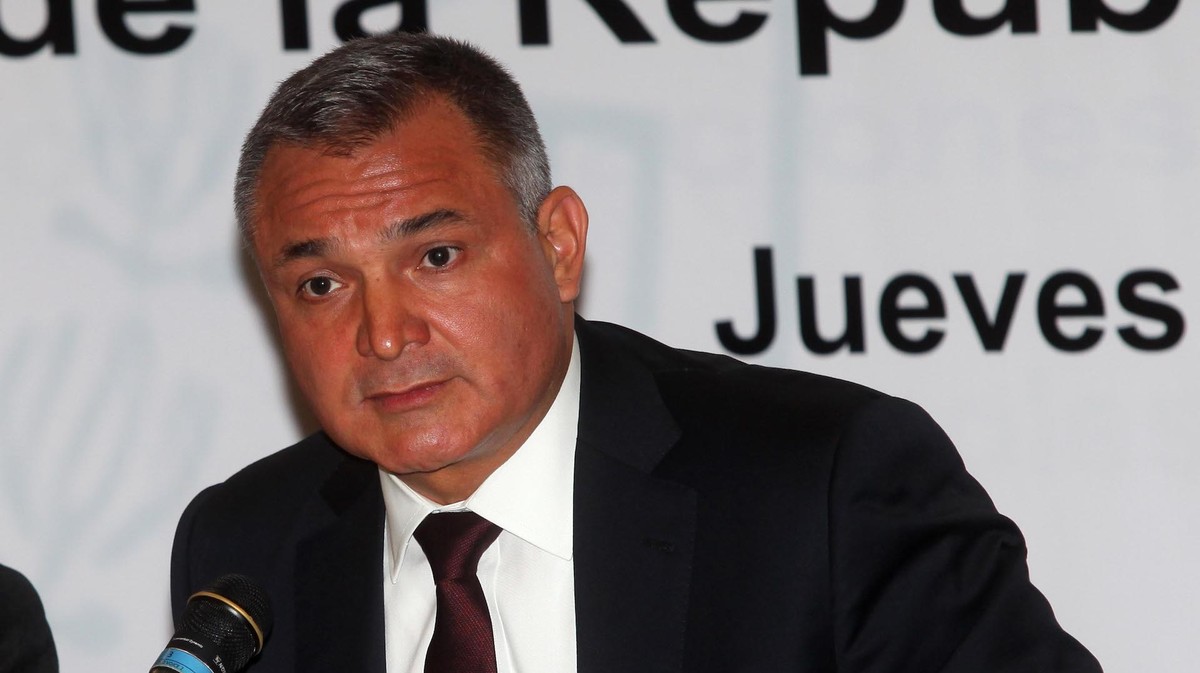 Mexico’s former top law enforcement official, currently housed in a Brooklyn federal jail on charges that he took millions of dollars in bribes from the Sinaloa cartel, has asked to be released while he awaits trial, arguing that he’s at high risk of contracting COVID-19 if he remains behind bars.

Genaro García Luna, who led the Mexican government’s bloody campaign against drug cartels under ex-president Felipe Calderón, proposed a $2 million bail package to the Eastern District of New York court Tuesday, offering up one of his own homes valued at $1 million as collateral. Another $1.3 million worth of properties were also put forward by a retired FBI agent who worked with García Luna in Mexico.

“Mr. Garcia Luna’s release pending trial is also necessary to protect his physical health in light of the devastating toll the COVID-19 pandemic is having on the world and will certainly on the detainee community at the Metropolitan Detention Center where Mr. Garcia Luna is being housed,” his attorney, César de Castro, wrote in court documents that were first reported on by VICE News.

The Metropolitan Detention Center (MDC) is a massive federal jail near Sunset Park in Brooklyn that houses around 1,700 inmates, mostly pre-trial detainees like García Luna. One prisoner at the MDC has already tested positive for COVID-19, the deadly disease caused by the novel coronavirus. The Bureau of Prisons issued a statement saying the inmate has been placed in isolation is being monitored, and an undisclosed number of other inmates who had contact with the infected man also are reportedly being quarantined.

“All CDC guidelines are being followed, including the conduct of a contact investigation and additional sanitation of affected areas,” the BOP statement said.

At least nine federal prison facilities in eight states have now recorded 11 total positive COVID-19 cases, according to the BOP and sources who spoke with VICE News. That total includes an inmate at the Metropolitan Correctional Center, another federal jail in New York, which has previously housed high-profile inmates such as the financier Jeffrey Epstein and former Sinaloa cartel leader Joaquín “El Chapo” Guzmán.

The corruption allegations against García Luna first emerged during El Chapo’s trial last year in Brooklyn, when the brother of Sinaloa cartel boss Ismael “El Mayo” Zambada testified that he personally delivered $3 million cash in suitcases to García Luna in exchange for sensitive information and government protection. El Chapo was subsequently convicted on an array of conspiracy charges and is now serving a life sentence in U.S. federal prison.


For many in Mexico, the arrest of García Luna last December was even more significant than the takedown of El Chapo. He’s often described as the architect of the country’s heavily militarized strategy against the cartels, serving as Secretary of Public Security from 2006-2012 and previously leading a federal investigative agency equivalent to the FBI. Publicly, he was a hard-charging crimefighter — but according to U.S. federal prosecutors, he was also deep in the pockets of the Sinaloa cartel, using his power to facilitate the group’s drug trafficking operations.

García Luna is charged with conspiring to smuggle cocaine into the U.S. and making false statements on his immigration application. García Luna had been living in Miami and working at a private security consulting firm that he founded after leaving public office in Mexico. He’s pleaded not guilty, and his lawyer had stated that he intends to take the case to trial.

García Luna has already had one application for bail be denied by the court, in part because several individuals who offered to put up property to secure his bond backed out on the arrangement. Prosecutors also argued that he’s a flight risk, telling the judge that he “has connections to high-level Sinaloa Cartel members in Mexico, as well as former high-level corrupt government officials, who are likely willing to assist him in fleeing.”

Prosecutors say García Luna accepted “tens of millions of dollars over several years” from the Sinaloa cartel, and later used shell companies and straw purchasers to hide assets. He allegedly paid $3 million cash for a home in Florida, and also purchased a yacht and other properties valued at $4 million.

In his latest bond application, García-Luna told the court he had 10 people willing to vouch for him and be held financially responsible if he were to skip bail. He also said he would reside in either Washington, D.C. or New York City to mitigate concerns that he might flee to Mexico.