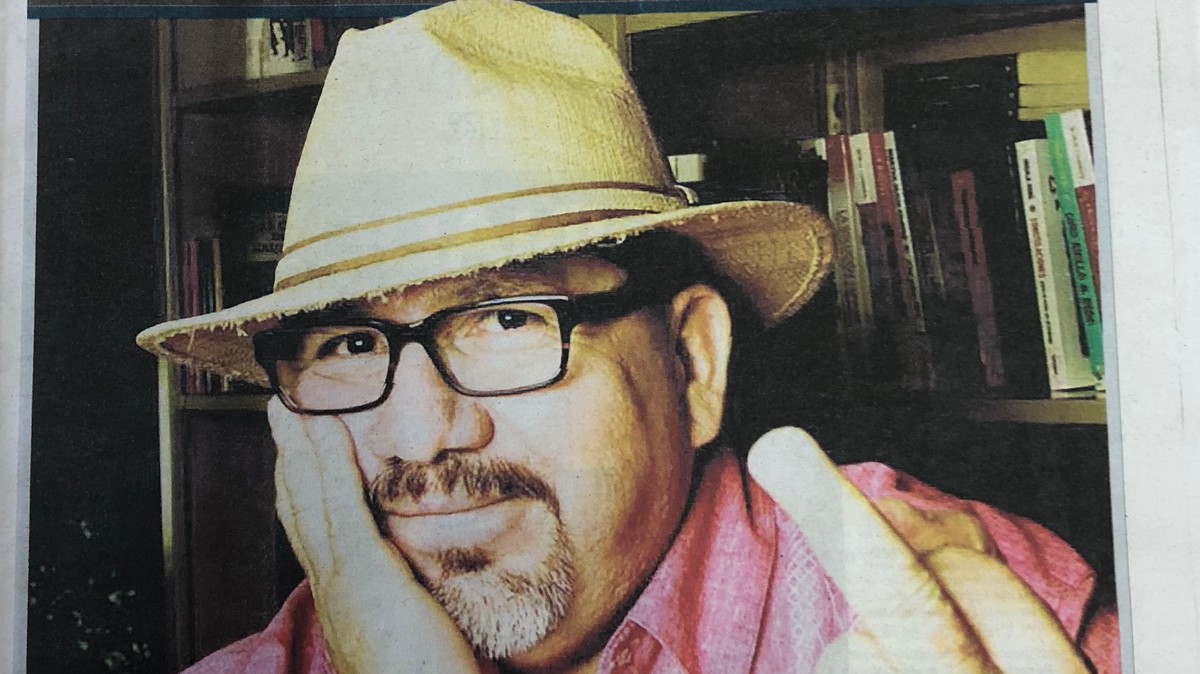 Episode 7 of “Chapo: Kingpin on Trial” deals directly with Javier’s death, its impact, and its connection to El Chapo. Listen to that episode here.

A federal judge in Mexico has issued an arrest warrant for the son of a former Sinaloa cartel boss accused of ordering the murder of a legendary Mexican journalist, but the quest for justice in the high-profile killing remains far from over.

The suspect, Dámaso López Serrano, aka “El Mini Lic”, is already in jail in the United States. But it’s unclear when — or even if — U.S. authorities will send him back to Mexico to stand trial for allegedly ordering two gunmen to assassinate Javier Valdez Cárdenas on May 15, 2017.

Valdez was gunned down in broad daylight just steps away from the offices of RioDoce, the weekly newspaper in Culiacán, Sinaloa, where he was a cofounder and regular columnist. Attacks on journalists have become tragically common in Mexico in recent years, but Valdez’s brazen murder sent shockwaves across the country and around the world. Beloved for his gregarious yet gruff personality and revered for his nuanced and fearless reporting on organized crime, Valdez was the recipient of The Committee to Protect Journalists’ International Press Freedom Award. Immediately, his death prompted widespread calls for Mexican authorities to find and convict the killers.

Right away, suspicion for Valdez’s murder fell on López Serrano. His father, Dámaso López Nuñez, aka El Licenciado, had been a top lieutenant to Sinaloa cartel leader Joaquín “El Chapo” Guzmán for years. El Chapo is rumored to be Mini Lic’s godfather. But after El Chapo was extradited to the U.S. in January 2017, a war erupted between El Licenciado and El Chapo’s sons. Valdez chronicled the power struggle for RioDoce, and prior to his death he authored a piece that was critical of Mini Lic, referring to him as a “weekend gunman” who wasn’t fit to fill his father’s shoes.

READ: Who ordered the murder of a legendary Mexican journalist?

In 2018, almost a full year after Valdez’s murder, Mexican authorities arrested two cartel gunmen, identified by the nicknames El Quilo and El Koala, and charged them in connection with the killing. The cases against those men have dragged on ever since, until Thursday when a routine hearing was finally scheduled to discuss evidence in the case. At that hearing, the judge announced that López Serrano had been identified as the “intellectual author” of the crime, and revealed that a warrant had been issued for his arrest.

López Serrano fled Mexico in August 2017 amid his family’s ongoing war with El Chapo’s sons, surrendering to U.S. authorities at a California border checkpoint. He pleaded guilty in January 2018 to a range of drug conspiracy charges, and he’s been held in San Diego ever since while he awaits sentencing. He is believed to be actively cooperating with U.S. investigators, which, depending on the circumstances, could lead to a deal that would allow him to remain in the country. Mini Lic could also claim that a return to Mexico would be a de facto death sentence, given his father’s testimony against El Chapo and his feud with the kingpin’s sons.

“These accusations are unfounded and reckless,” López Serrano said in a statement issued by his attorneys. “I had no participation or role in the death of journalist Javier Valdez Cárdenas. I am certain I can prove my innocence, but I fear this accusation is totally manipulated to affect me and intended to extradite me to Mexico.”

López Serrano’s father, El Licenciado, was extradited to the U.S. in July 2018, where he subsequently pleaded guilty to drug conspiracy charges and was sentenced to life in prison. During his testimony in El Chapo’s trial, El Licenciado vehemently denied that he and his son had anything to do with Valdez’s murder, instead blaming El Chapo’s sons, who he claimed were “in collusion” with the Mexican government.

READ: El Chapo’s son was just captured — then freed after the cartel attacked.

Many court records for El Liceniado’s case remain under seal, but recent filings indicate he struck a deal for a reduced sentence in exchange for his testimony against El Chapo. Such an agreement could also involve his son, further complicating any effort to extradite Mini Lic to Mexico to stand trial for Valdez’s murder.

A source in the Mexican attorney general’s office told VICE News they intend to seek extradition of López Serrano, but the process has not yet formally begun.

A spokesperson for the U.S. Attorney’s Office in San Diego, which is handling López Serrano’s prosecution, declined to comment. The Justice Department said it “generally does not confirm, deny or otherwise comment on the existence or non-existence of requests for apprehension from foreign governments.”

Valdez’s widow, Griselda Triana, heralded the judge’s decision to issue the arrest warrant for López Serrano. “I maintain once again that Javier was murdered for his work as a journalist, and all the people who participated should be punished for the serious crime they committed, not just against our family but also against the freedom of speech,” she wrote in a statement. “I give the benefit of the doubt to the authorities, and I hope that in the not-too-distant future those responsible will be punished for what they did.”

Others close to the case are cautiously optimistic that this week’s developments will ultimately lead to justice for Valdez. Miguel Angel Vega, a reporter at RioDoce and co-host of Vice’s podcast “Chapo: Kingpin on Trial,” said he hopes the Justice Department will “find a way to do the right thing,” but he also noted that Mini Lic’s ongoing cooperation with U.S. law enforcement complicates the situation.

READ: The next great El Chapo mystery: How the hell did his family get U.S. visas?

Mexico is among the most dangerous countries in the world for journalists, and killings of reporters rarely lead to arrests and convictions of the perpetrators. At least five Mexican journalists were killed in retaliation for their work in 2019, according to the Committee to Protect Journalists, and another six killings are still under investigation to determine if reprisals for journalism were the motive. At least two of the journalists murdered last year because of their work had sought protection under a new federal government program created specifically to protect reporters who have been threatened.

Jan-Albert Hootsen, CPJ’s representative in Mexico, told VICE News that the arrest warrant for López Serrano is a sign of progress — a signal that Mexican authorities are indeed capable of investigating and solving crimes against journalists, even if only when facing public scrutiny.

“These cases can move forward, there are steps being taken to fight impunity,” Hootsen said. “If we had the same level of effort put into Javier’s case put into dozens of other cases, we might have a much lower degree of impunity. It means the federal authorities in Mexico can, at times, be effective. They have been ineffective in combating impunity, but if they put their minds to it, put in some effort, they can do it. The negative is we don’t see commitment in other cases.”

“The U.S. has their own priorities,” he said. “There’s not a lot of precedent for a journalis murder suspect being extradited. What we’re mostly looking at now is a lot more time until this gets resolved.”

Cover: Javier Valdez on the cover of RioDoce after his murder. (Photo by Keegan Hamilton.)

Listen to Trump Tell Lev Parnas to ‘Get Rid of’ the U.S. Ambassador to Ukraine