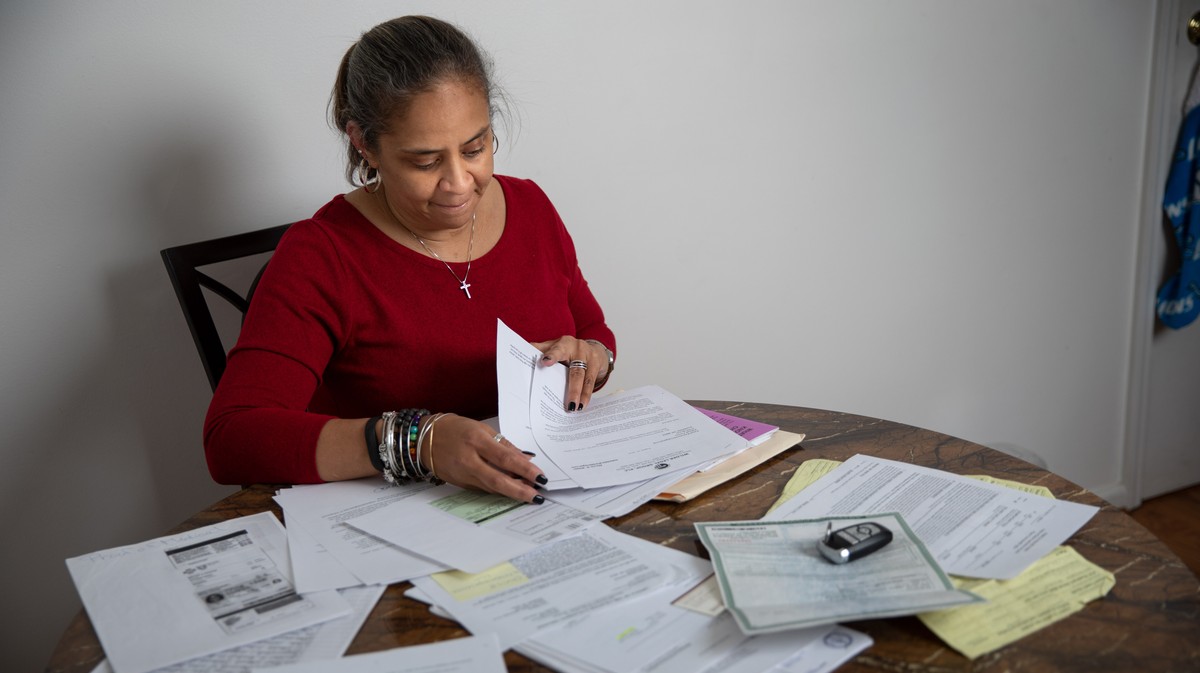 Cops in Wayne County, Michigan, have seized Melisa Ingram’s car twice since 2018 and demanded that she pay hundreds of dollars to get it back — even though she was never accused of a crime.

On two separate occasions, Ingram’s then-boyfriend borrowed her Ford Fusion and either drove it through an area of the county known for crime or went to a house associated with prostitution. That’s all police needed to stop him, and it’s still not entirely clear whether he purchased any sex acts or interacted with sex workers because he was never charged with a crime.

Both times, police pulled him over and drove off with Ingram’s car. Michigan’s civil forfeiture laws allow cops to seize any items they suspect may have been even remotely associated with a crime, like prostitution. And Ingram was left to pay the price, despite her innocence.

The resulting legal headaches upended her life and ultimately, drove her to file for bankruptcy. Now, the 50-year-old Detroiter is fighting to make sure Michigan’s civil forfeiture laws don’t leave anyone else broke.

“I was an innocent victim of these two incidents; I didn’t deserve to be treated the way I was treated,” said Ingram, who’s part of a federal class action lawsuit filed Tuesday against Wayne County by the Institute for Justice, a public interest law firm.

Civil forfeiture laws weren’t originally intended to affect people like Ingram. States began adopting a flurry of their own statutes — on top of federal law allowing seizures — during the War on Drugs as a tool to keep kingpins from holding onto ill-gotten items, like cash from a drug trade or cars used for trafficking.

The problem was that local police departments profited from their civil forfeiture programs, and the practice spiraled out of control — particularly in Wayne, Michigan’s largest county, according to the Institute for Justice. People there have reported having their cars seized for visiting a legal medical marijuana facility and driving without valid insurance, for example.

”I didn’t deserve to be treated the way I was treated.”

More than 20 years ago, in 1996, a case remarkably similar to Ingram’s, Bennis v. Michigan , landed before the Supreme Court. The decision reinforced the “root of civil forfeiture abuse” nationwide, according to conservative and libertarian groups. Now, the Institute for Justice hopes its lawsuit will demonstrate it’s unconstitutional for law enforcement to take an innocent person’s property, fine them, or make them wait months to get it back.

“The Bennis decision fueled Wayne County’s forfeiture machine,” said Wesley Hottot, a senior attorney for the Institute for Justice. “It made county officials feel like they could do whatever they wanted.”

Ingram’s not the only innocent person to have lost their car to the process, either. Robert Reeves, a 29-year-old construction worker from Detroit, has called Wayne County more than 100 times since police ran off with his Chevrolet Camaro, cell phones, and cash after he was questioned about someone else’s alleged crime in July 2019. He has no idea when the government will ever return his property. The county has not yet filed a forfeiture complaint, so Reeves hasn’t even had an opportunity to contest his property being taken. He’s also named as a plaintiff in the lawsuit.

“Every year, hundreds of people — including innocent people like Ingram and Reeves— find themselves ensnared in the county’s unconstitutional system of seizures and forfeitures,” attorneys wrote in the lawsuit.

In a two-year period alone, law enforcement agencies in Wayne County seized 2,600 vehicles from people in Michigan, according to Jarrett Skorup, the director of marketing and communications at the Mackinac Center for Public Policy. That made the county a leader in asset seizures. (Skorup is not involved in the lawsuit, although his data is cited.)

Back then, her boyfriend denied the prostitution allegations, but she told him, regardless, to never use her car for anything illegal. He borrowed the car again in June 2019 to attend a barbeque. He was driving away from the party when cops pulled him over and said the house he was leaving was “in some way connected to drugs or prostitution,” according to the lawsuit.

Police took the car and all the items in it, and Ingram couldn’t pay the new redemption fee of more than $1,800 because she had filed bankruptcy after the first seizure. She was not allowed to access any of her personal items in the car until January, according to the lawsuit.

“If someone is doing something they shouldn’t do, arrest them or give them a ticket,” Ingram said. “But allow them the chance to get their car back if they were innocent — without paying unreasonable fines.”

In the 1996 Supreme Court case, the victimized woman also wasn’t able to get her car back after claiming she was innocent. Wayne County seized the jointly-owned car of Tina Bennis and her husband, who was convicted of a crime relating to an encounter with a sex worker in the car. The car was forfeited against Bennis’ wishes, as she was never accused of any wrongdoing herself and didn’t consent to her husband’s behavior.

When she challenged the forfeiture, the Supreme Court decided it was fair game for the county to take her property, because it may be “guilty,” even if she was an innocent owner. The majority opinion wrote Michigan’s nuisance abatement law — the one that ensnared Ingram’s car — was merely a mechanism to stop prostitution.

Cover image: Melisa Ingram at her home in Oakland County, Michigan. (Photo Courtesy of the Institute for Justice)

Shadow’s CEO Is Very Sorry For Screwing Up Iowa, But Still Won’t Disclose Its Funders