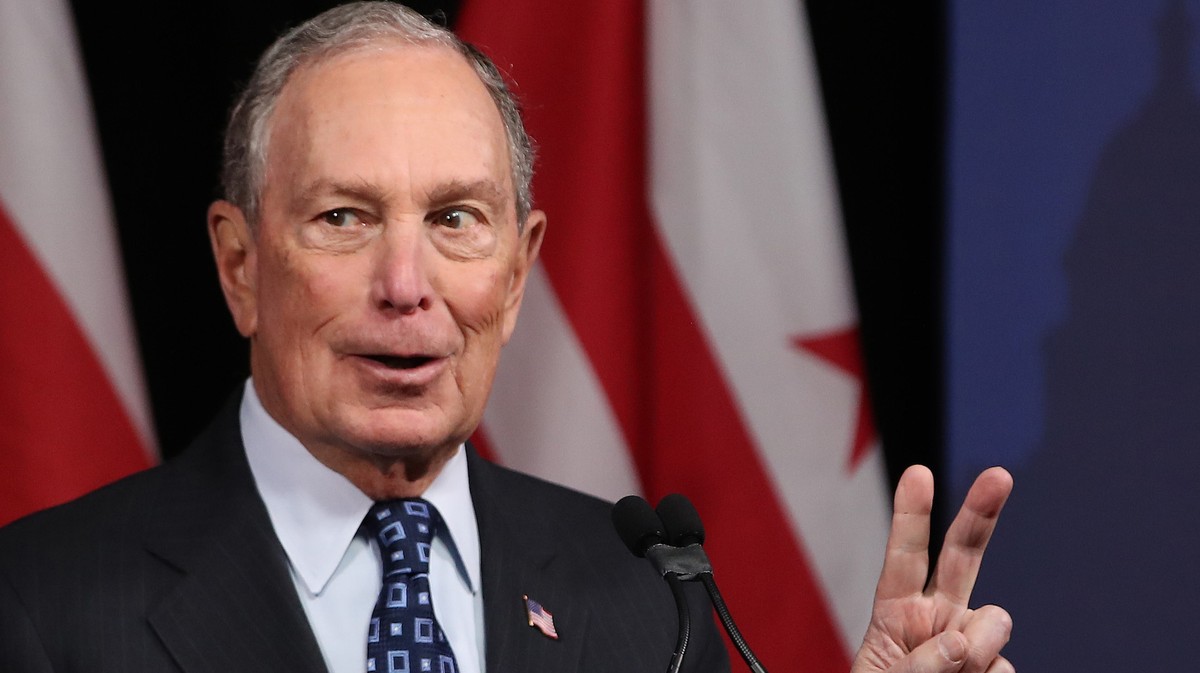 Former New York Mayor Michael Bloomberg got some great news Friday. The Democratic National Committee announced it would drop its donor requirement for its February 19 debate, meaning Bloomberg, who is self-funding his 2020 presidential campaign, could qualify for the debate stage for the first time.

That change follows a spike in Bloomberg’s national polling as he’s blanketed the country in ads in an explicit strategy to focus on the post-February states. It also comes several months after Bloomberg gave $300,000 to the DNC in three donations on the same day in November.

Bloomberg’s Democratic competitors, already criticizing him for buying his way into the election, blasted the DNC for changing the rules in a way that appears to favor one candidate: Bloomberg.

“To now change the rules in the middle of the game to accommodate Mike Bloomberg, who is trying to buy his way into the Democratic nomination, is wrong,” Bernie Sanders senior advisor Jeff Weaver said in a statement released by the campaign. “That’s the definition of a rigged system.”

READ: The Democrats have a big decision to make about Mike Bloomberg

Rep. Tulsi Gabbard, who skipped the December debate, said on Twitter that Bloomberg “bought the DNC.”

Bloomberg made three separate donations of $106,500 to the Democratic National Committee on Nov.19, 2019, according to Federal Election Commission records. Individuals are allowed to donate up to $106,500 to each national party account in the 2019-2020 election cycle, according to FEC contribution limit guidelines.

Both the DNC and the Republican National Committee have three “accounts”: One for the presidential convention, another for election recounts and other legal proceedings, and another for the party headquarters building, meaning that individuals can contribute up to $319,500 to the national party committees per cycle. It appears this is what Bloomberg did.

In addition to the donations made directly to the DNC, Bloomberg also made an $800,000 donation that same day to the Democratic Grassroots Victory Fund, a joint fundraising PAC between the DNC and state Democratic parties around the country which was established in 2017. Bloomberg also donated hundreds of thousands to state parties around the country in November, according to FEC records.

“We are thrilled that voters could soon have the chance to see Mike Bloomberg on the debate stage, hear his vision for the country, and see why he is the strongest candidate to defeat Donald Trump and bring our country together,” Bloomberg campaign manager Kevin Sheekey said in a statement provided to VICE News. “Mike has run for office three times and never taken a dime from special interests, allowing him to act independently, on the merits, without having to do what donors expect. He is proud to be doing the same with this campaign.”

Bloomberg filed his statement of candidacy on November 21, two days following the contributions, and officially launched his campaign on November 24. The DNC did not immediately respond to a request for comment, but DNC spokesperson Xochitl Hinojosa told the New York Times that the Iowa caucus and New Hampshire primary results would render the need for a donor threshold measuring grassroots support unnecessary.

Bloomberg has poured millions into campaigning in the states which vote after February, including those in the March 5 Super Tuesday primary, and has steadily risen in national polling. (Bloomberg is spending $11 million on an ad to run during the Super Bowl on Sunday.)

The DNC said its qualification threshold for the February 19 debate in Las Vegas would be winning a single delegate in either Iowa or New Hampshire, or meet polling requirements of at least 10 percent in four qualifying national polls or two polls of Nevada and South Carolina. The January debate threshold, for example, was a polling requirement and at least 225,000 individual contributions.

In December, Sen. Cory Booker led an unsuccessful effort to urge the DNC to lower its threshold to qualify for the debate. “Candidates who have proven both their viability and their commitment to the Democratic Party are being prematurely cut out of the nominating contest before many voters have even tuned in — much less made their decision about whom to support,” Booker and eight other candidates wrote in a letter to DNC Chairman Tom Perez.

Booker has since dropped out of the race, as has former Housing and Urban Development secretary Julián Castro. No candidates of color made the January debate, though businessman Andrew Yang has qualified for the February 7 debate in New Hampshire, according to CNN.

The Bloomberg campaign celebrated the news of the new donor threshold, while avoiding questions about the impact Bloomberg’s contributions may have had on the decision.

Bloomberg’s rivals weren’t as happy. Yang press secretary S.Y. Lee also criticized the move in a tweet, saying it was a mistake for the party “to change the rules for debates in the middle of this race to yield to a billionaire.”

U.S. Coast Guard Officer Who Searched ‘How to Rid the U.S. of Jews’ Just Got 13 Years in Prison on Gun and Drug Charges

Hundreds of People Waited in Iowa’s Freezing Temperatures Just to See Trump: ‘I Came All the Way from Colombia’