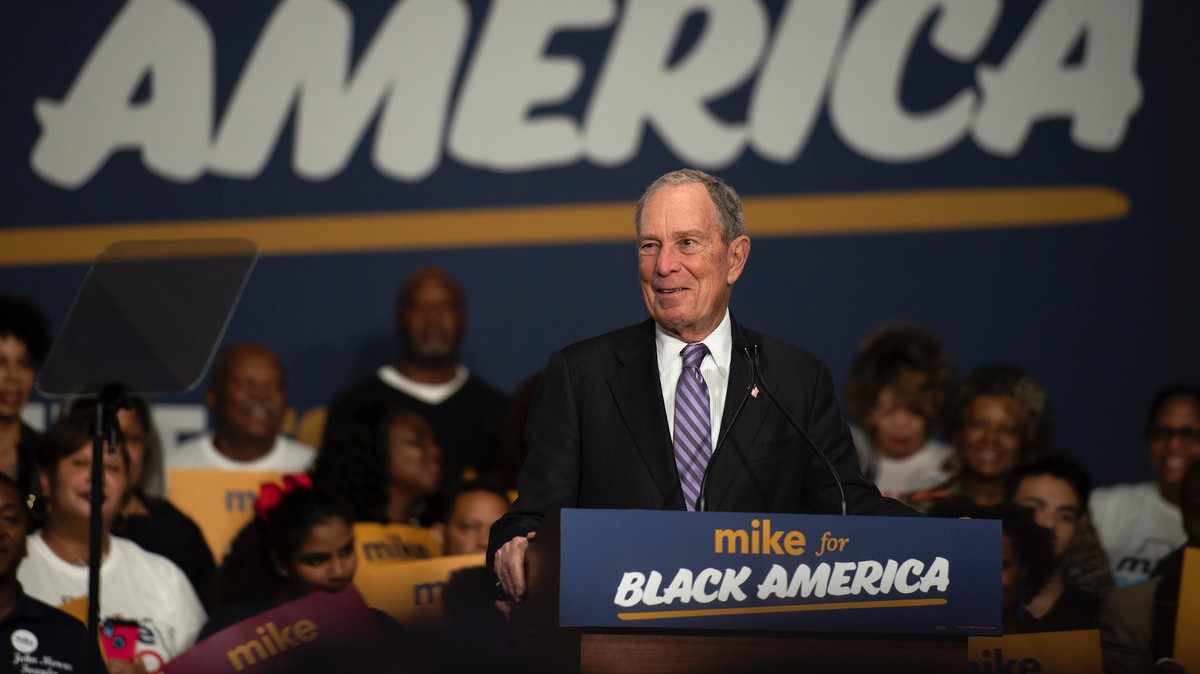 While promoting a multi-million dollar initiative to “reduce disparities” as the mayor of New York City in 2011, Democratic presidential candidate Michael Bloomberg said “enormous cohorts” of young black and Latino men “don’t know how to behave in the workplace where they have to work collaboratively and collectively.”

Bloomberg made the remarks during an interview with PBS Newshour, as he promoted his Young Men’s Initiative, a $127 million, three-year program funded in part by Bloomberg’s charitable organization, financier George Soros’ Open Society Foundations, and the city of New York. “Blacks and Latinos score terribly in school testing compared to whites and Asians. If you look at our jails, it’s predominantly minorities,” Bloomberg said.

“If you look at where crime takes place, it’s in minority neighborhoods. If you look at who the victims and the perpetrators are, it’s virtually all minorities,” Bloomberg continued. “This is something that has gone on for a long time, I assume it’s prevalent elsewhere but it’s certainly true in New York City.”


Bloomberg touted his administration’s work to reduce the crime rate, which he credited in this interview to diversifying the police force, saying that it was “particularly important to black and Latino kids and their families and neighborhoods, because that’s where the crime is.”

READ: Trump called Bloomberg racist for stop-and-frisk. But he supported it for years.

Bloomberg also said his administration had worked to “attract industries that can use the people here who are unemployed” and increase job opportunities for marginalized people overall.

The Bloomberg campaign did not immediately respond to a request for comment.

Bloomberg’s comments on crime and where it’s most prevalent echo his rhetoric during his time as mayor and the immediate aftermath, which has come under more scrutiny in recent weeks as he’s risen in Democratic presidential primary polls amid a tidal wave of spending in Super Tuesday states and beyond.