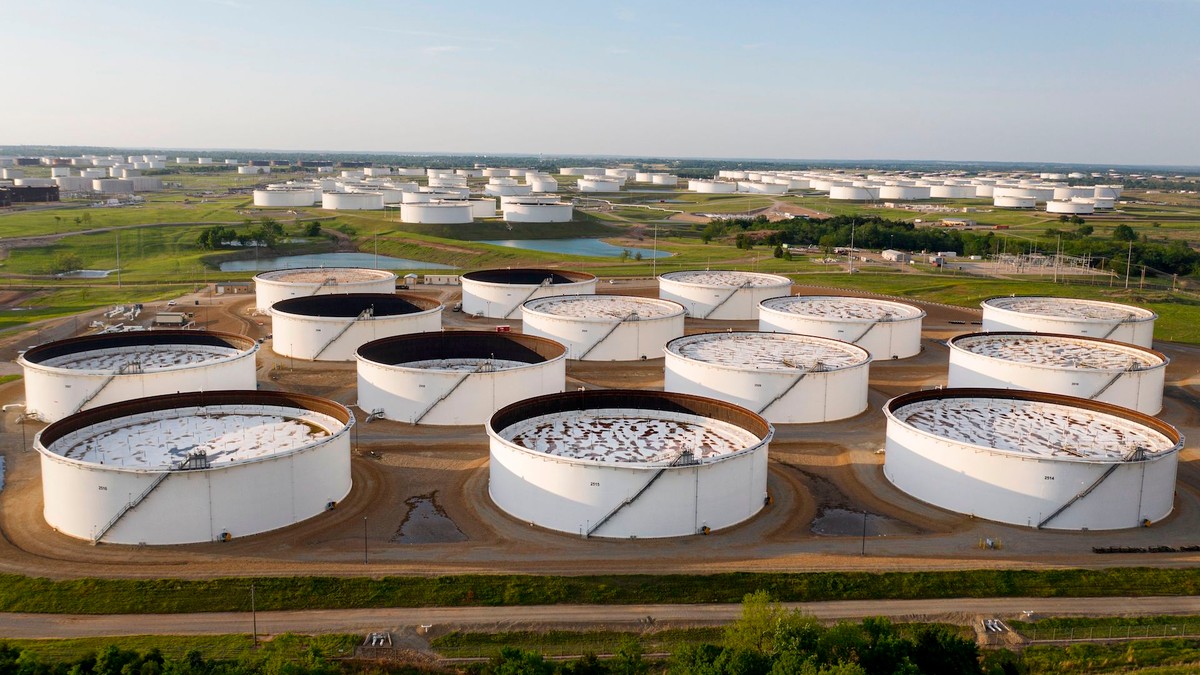 WASHINGTON — The oil business is in rough shape these days, but it’s got friends in high places. And they’re coming with cash.

Multimillion-dollar companies in the oil and gas sector scored at least $72 million in federally-backed loans earmarked for small businesses, according to financial records reviewed by VICE News. And that’s despite warnings from Treasury Secretary Steven Mnuchin that big companies should look elsewhere for funds to survive the pandemic, and could face audits or even “criminal liability” if they misstate their needs.

At least 16 drillers, fuel transporters, oil technology firms and service providers tapped the Small Business Association’s Paycheck Protection Program, which was created by the $2.2 trillion CARES Act in March, the records show. Most of those borrowers are valued at over $10 million on the stock market.

The Trump administration has been outspoken about supporting America’s oil industry, which has grown so large that the U.S. now pumps more oil than Saudi Arabia or Russia and has begun to see itself as more of a global oil supplier than just a big consumer.

The industry is buckling in the crisis: Widespread stay-at-home orders mean nobody’s using fuel to go anywhere. The glut has pushed oil futures into negative territory for the first time in history and sent fear rippling through executive suites. Trump ordered his officials to help U.S. oil companies on Twitter in April.

Democrats say dirty energy doesn’t deserve a bailout, and delivering one via the small business loan program would be “unconscionable,” Rep. Nanette Barragán (D-Calif.), who has pushed the Trump administration to resist throwing rescue funds at oil and coal companies, told VICE News on Friday.

“It was never intended to make it easier for giant fossil fuel corporations to drive us closer to climate catastrophe.”

“The PPP is about helping small businesses — mom-and-pop type Main Street stores — struggling to make it through the COVID-19 public health crisis,” she said. “It was never intended to make it easier for giant fossil fuel corporations to drive us closer to climate catastrophe.”

But the numbers show some energy companies have already gotten millions. At least a few of those who did were in trouble even before the virus struck, and some recently approved spending millions on corporate share buybacks, a move that effectively passes the company’s wealth to stockholders.

In a statement to VICE News on Friday, Sen. Elizabeth Warren (D-Mass.) called for an investigation of these loans by the Small Business Administration’s internal watchdog.

“The SBA Inspector General indicated to us that they will conduct the investigation we requested on waste, fraud, and abuse in the program,” Warren said. “These loans should be reviewed as part of that investigation.”

Independence Contract Drilling, which operates some 20 oil rigs and is headquartered in Houston, TX, took a $10 million PPP loan on April 27.

The company’s board approved a $10 million stock repurchase program last summer even though the firm lost money in 2018 and 2019. Its stock price has fallen from over $180 per share four years ago to below $2 per share in March. In early April, Independence announced layoffs and pay cuts in response to the crisis.

Laredo Oil Inc., which specializes in recovering oil from mature fields, has seen its shares plummet 97% since 2015. As a result, the company’s $1.2 million PPP loan is roughly the same size as its total market valuation, according to Reuters data.

Other borrowers seem to be in much stronger shape — but they took crisis loans anyway.

Profire Energy, an oilfield technology company, raked in $39 million in revenue and spent $2.7 million repurchasing its own shares in 2019. The company ended 2019 with almost $19 million on hand and zero debt, but announced taking a $1.1 million PPP loan on April 21 anyway.

Profire’s CEO said in a press release that the funds would be used to retain employees until energy markets recover.

“Our company has been able to withstand the impacts of economic slowdowns, price wars within the oil and gas industry and global disruptions. Fortunately, we have never had to operate in an environment in which all three occurred simultaneously,” CEO Brenton Hatch said in a statement.

Some of the biggest borrowers in the oil patch have begun returning the money, after the Treasury Department warned big companies about audits and the Small Business Association adjusted the rules of the program.

DMC Global, a Nasdaq-traded company worth more than $320 million whose business includes providing oilfield services, said it repaid the $6.7 million small business loan that it took on April 14.

“DMC believes that at the time it borrowed the money, it fully complied with the language of the PPP legislation,” the company said in a press release.

“Subsequent guidance from the [Small Business Administration] made after DMC had received the proceeds of the loan states that public companies may not be eligible for the program,” the company wrote. “In view of these new guidelines and to avoid any further disputes at a time when the business environment is the most difficult it has seen, the company has repaid the loan.”

The company cited the Treasury Department warning that “public companies that applied for and received PPP loans may be subject to increased scrutiny and potential liability if it is determined that such companies had access to alternative sources of capital.”

Graham Engineering, which sells equipment to oil refineries, took a $4.6 million PPP loan shortly after reassuring investors that it began the year with $72 million in cash, virtually no bank debt and the ability to borrow up to $25 million. The company returned the loan — along with two weeks’ worth of interest.

At least one company, though, decided to give just some of the money back.

Energy Services of America Corporation, which lays natural gas pipelines among other lines of business and reported $175 million in revenue last year, borrowed a total of $13.1 million from the small business loan program. But the board voted to give $3.3 million of it back on April 27 after a discussion about the company’s financing needs.

“That would leave the company and subsidiaries with $9.8 million in PPP Loans to fund operations,” the firm said.

Cover: An aerial view of a crude oil storage facility is seen on May 4, 2020 in Cushing, Oklahoma. (Photo: JOHANNES EISELE/AFP via Getty Images)