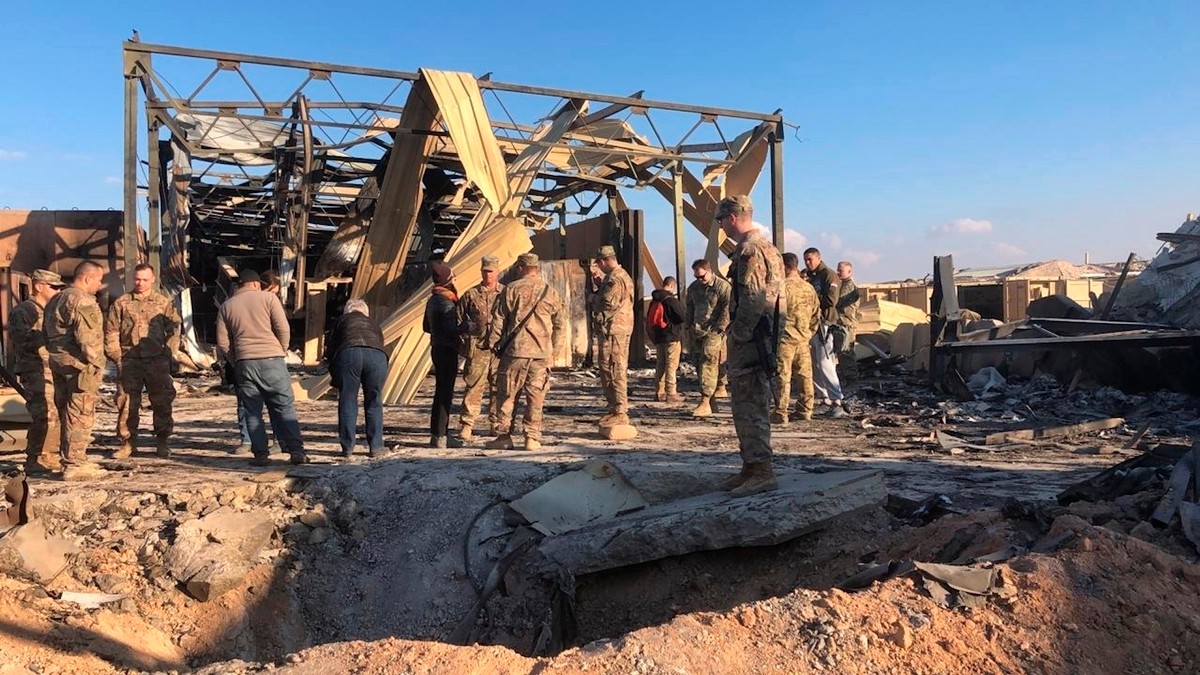 Though President Donald Trump bragged that no Americans were harmed in the Iranian missile strike on U.S. forces in Iraq earlier this month, the Pentagon is telling a different — and evolving — story of more than a dozen injured, and maybe more to come.

After admitting Friday that 11 U.S. troops had been hospitalized for concussion-like symptoms, Pentagon officials said Tuesday that “additional” personnel had been sent to an American military hospital in Germany for treatment “on an outpatient basis.” They declined to say exactly how many were hospitalized.

Trump downplayed the seriousness of the injuries, however. “I heard that they had headaches and a couple of other things, but I can report it is not very serious,” Trump said during a Wednesday press conference at the World Economic Forum in Davos, Switzerland. After a follow-up asking if he considered traumatic brain injuries “serious,” Trump responded: “No, I don’t consider them very serious relative to other injuries that I’ve seen.”

“As medical treatment and evaluations in theater continue, additional service members have been identified as having potential injuries,” Army Maj. Beth Riordan, a spokesperson for the military, said in a statement on Tuesday announcing the additional injuries.