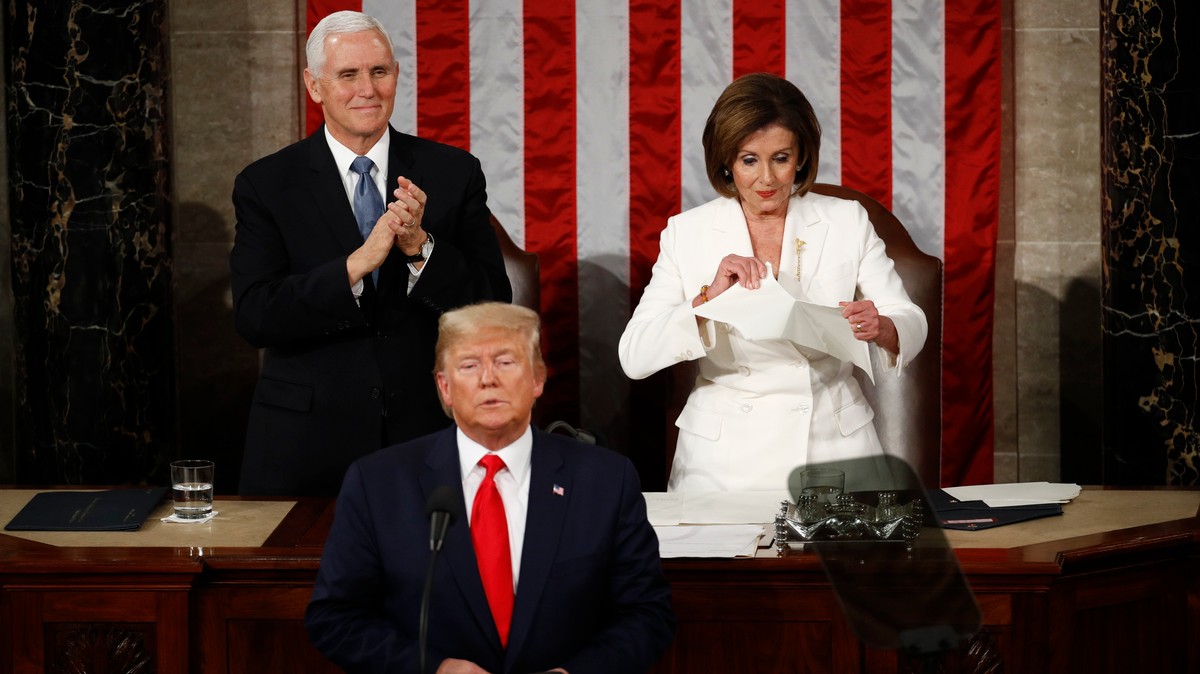 President Donald Trump thrilled Republicans across the country with his third State of the Union speech, but Speaker of the House Nancy Pelosi was clearly less than enchanted.

As Trump wrapped up his speech, she ripped up her copy.

During his address Tuesday night, Trump hit on every major Republican talking point and tossed in a few made-for-TV moments, like crowning conservative folk hero Rush Limbaugh with a Presidential Medal of Freedom and reuniting a deployed soldier with his family. Republicans frequently stood and cheered, while Democrats remained mostly seated; a few sometimes shook their heads as Trump spoke. (One even walked out.)