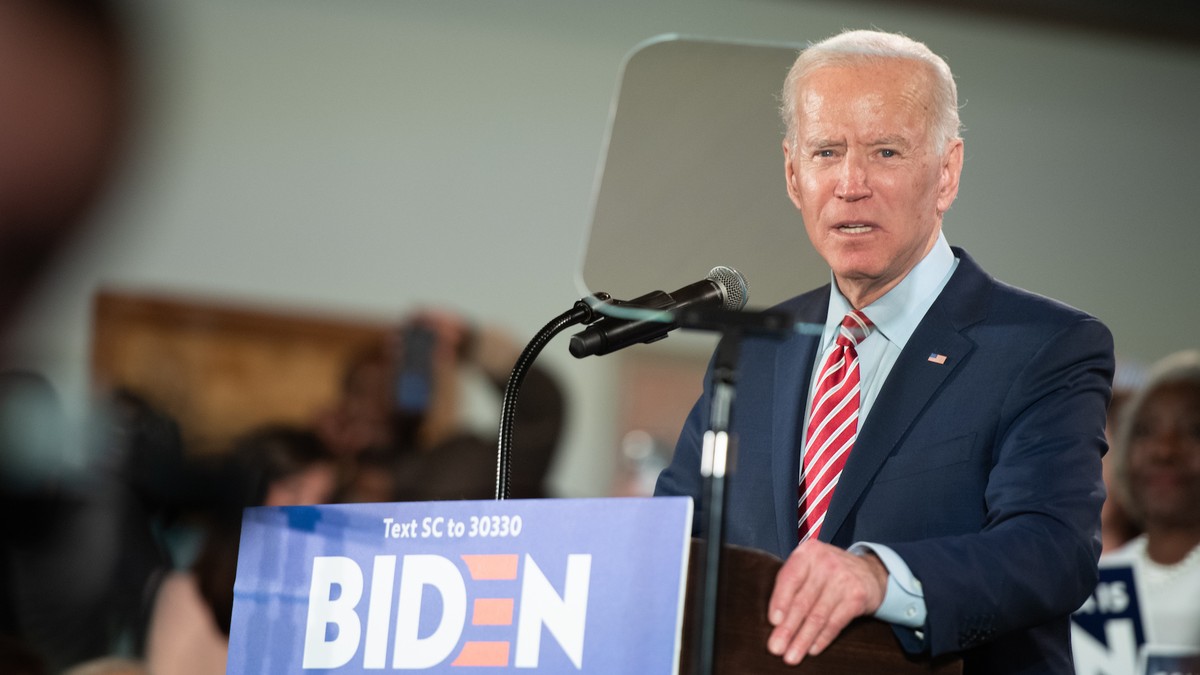 LAS VEGAS — Joe Biden was so eager to leave New Hampshire behind that he jumped on a plane hours before Tuesday’s results even came in and headed for a rally in South Carolina.

He probably flew to the wrong state.

After a disastrous fifth-place finish in New Hampshire’s primaries further imperiled his flagging campaign, Biden badly needs to prove he can actually win somewhere, anywhere. And Nevada’s Feb. 22 caucuses are up next.

“It ain’t over, man. We’re just getting started,” Biden vowed Tuesday night in his South Carolina speech. “You can’t be the Democratic nominee, you can’t win a general election as a Democrat unless you have overwhelming support from black and brown voters.”

That’s true, and Nevada is the first state to vote whose demographics look anything like the broader Democratic Party after lily-white Iowa and New Hampshire cast their votes. Biden has long polled better with African-Americans and Hispanics than he has with white Democrats, and if he can somehow hold onto their support, he could still pull off a major turnaround.

But fair or not, the calendar is now Biden’s enemy — and his pitiful results in the first two states have taken the onetime chip leader and forced him to look for an inside straight draw for a comeback. (Yes, it’s Vegas. Get ready for some tortured gambling analogies).

“Biden needs to win here, and I think it’s very, very questionable whether he can,” Jon Ralston, the head of the Nevada Independent and the state’s best political analyst, told VICE News Tuesday night. “He looks crippled if not mortally wounded coming out of New Hampshire.”

Biden’s supporters acknowledge how crucial Nevada is to turn around his flagging campaign. Surrogates have talked for weeks how things get easier after Iowa and New Hampshire (even though Biden was predicting a New Hampshire win as recently as November), and how Biden will reemerge with a black and brown coalition to win the nomination. Nevada is majority-minority and more than one third Hispanic.

“It’s very important for him to be strong there, and I think he will be,” Rep. Dina Titus (D-Nev.), a top Biden surrogate in the state, told VICE News Tuesday afternoon. “He needs to be at the top of the list.”

Biden had a narrow lead in Nevada in the state’s most recent public polling, but that’s from nearly a month ago — an eternity after Iowa and New Hampshire. Momentum matters. And Biden did even worse in the first two states than his team had expected.

READ: The Associated Press just gave up on the Iowa caucuses

Bernie Sanders begins the race as the man to beat — he has by far the largest field operation in Nevada, hardcore support in a state that he almost won four years ago, and major momentum coming out of the New Hampshire. Pete Buttigieg and Amy Klobuchar are on the rise, threatening to scavenge what’s left of Biden’s white suburban support around Las Vegas and Reno. Tom Steyer has bought himself some serious support in Nevada.

Biden built his whole campaign message around electability — and if he can’t win now, there’s little reason to think he can bounce back to win the nomination. Biden will likely stay in the race through the primary in in African American-heavy South Carolina a week later. But without a strong showing in Nevada, a win there may be too late, coming just three days ahead of Super Tuesday, when Michael Bloomberg and his billions await.

“No one should be our Democratic nominee without being able to build a broad diverse coalition of support — and that starts right here in Nevada,” Biden Nevada spokesman Vedant Patel told VICE News Tuesday afternoon.

The good news for Biden is there’s already a concerted effort in the state to stop Bernie Sanders, who enters the state a slight favorite after winning New Hampshire and essentially tying for first in Iowa. The bad news is it’s unclear if that effort will benefit Biden much.

The Culinary Workers Union is 60,000 members strong, one of the most powerful locals in the country and the main cog in the Nevada Democratic machine. And its leaders have signaled they’ll go all-in to stop Sanders.

The union is posting flyers in hotels and other work sites across Las Vegas and Reno warning that Sanders’ Medicare for All plan would “end Culinary Healthcare,” just days after another flyer warned that the Medicare for All plan backed by Sanders and Elizabeth Warren would force “millions of hard working people to give up their healthcare,” create “unnecessary division between workers,” and “give us four more years of Trump.”

It looked for some time like the union would back Biden, who has their former political director on staff. But it’s unclear now whether it’ll be willing to support Biden given how weak he currently looks, if it’ll simply mount an anti-Sanders campaign, or whether it might give Klobuchar or Buttigieg a serious look. And even if the union does endorse that doesn’t guarantee victory. They backed Obama in the state in 2008 but he ended up losing the caucuses to Hillary Clinton. In 2016 the union never officially endorsed but reportedly worked quietly to help Clinton grind out a win over Sanders, much to the consternation of Sanders backers.

Biden, like most other candidates, will take a bit of a breather after the marathon sprint of Iowa and New Hampshire. But he’ll be back on the trail Friday in Nevada for a weekend of campaigning as the state begins early voting, the first time they’ve attempted that for the caucuses. He’s got stops across the state — including, notably, at a Culinary Training Academy, a training center set up partly by the local.

Former Senate Majority Leader Harry Reid (D-Nev.) told VICE News Tuesday afternoon that “It’s too early to discount Joe,” arguing the state’s diverse population would give Biden a better shot — and provide the campaign’s first real test for candidates looking to win a state that looks something like the nation. But that was before it was clear how bad Biden did in New Hampshire.

“This is a do or die for Biden,” said Brandon Hall, a former Reid campaign manager.

Coronavirus Cruise: The Worst Outbreak Outside China Is On a Ship Quarantined In Japan