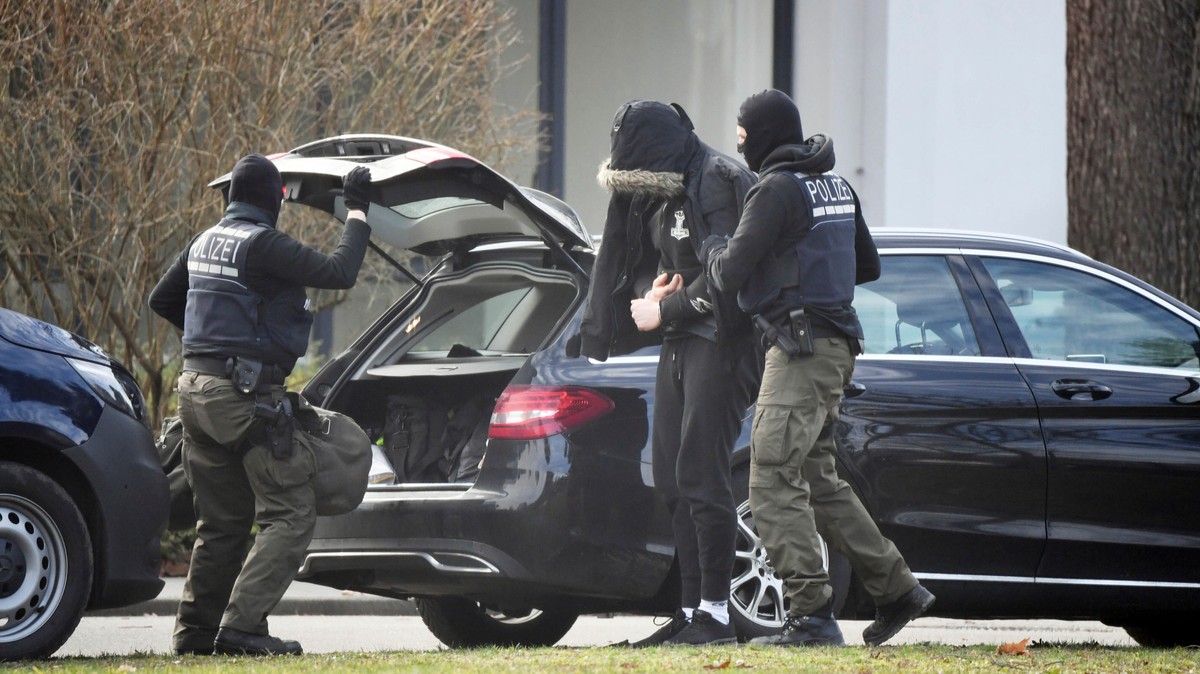 Members of a far-right terror cell plotted to launch a string of coordinated Christchurch-style attacks on mosques across Germany, with the aim of stirring up a civil war, according to reports.

Twelve men were arrested in raids across six German states Friday for their links to the group, which called itself “Der harte Kern” (“The Hard Core”). Details of their alleged plot were revealed in German media reports over the weekend, after prosecutors laid out their case against the men in a hearing Saturday.

Prosecutors say the group formed in September last year, with the aim of destabilizing and ultimately overthrowing the German state by carrying out attacks on politicians, asylum-seekers and Muslims. Those attacks, the group hoped, would create “circumstances akin to civil war.” Prosecutors say they have arrested four of the men — including alleged leader Werner S. — on suspicion of forming the group, while the remaining eight, one of whom was employed as an administrative official by state police, are believed to have agreed to provide financial support, procure weapons, or participate in attacks.

According to Germany’s Spiegel, the 12 extremists had met in Minden, a town of about 80,000 people in North Rhine-Westphalia on Feb. 8. At that meeting, 53-year-old Werner S. — who was already known to authorities for his extremist views, and was nicknamed “Teutonico” in the far-right scene — outlined a plan for the group to launch Christchurch-style attacks on Muslims while they prayed in mosques. Members of the group were assigned tasks to procure weapons, identify specific targets, and raise 50,000 euros to carry out the attacks.

READ: This elite German police unit was crawling with far-right ‘preppers’ gearing up for race war

Several days after that meeting, German investigators who had been monitoring the men on suspicion of forming a terrorist group intercepted a directive for 10 men to launch attacks in 10 German states, with the hope of provoking a violent response that would lead the country to erupt in civil war, according to the report.

German authorities have ramped up their fight against right-wing extremism as Germany grapples with a growing and increasingly violent far-right fringe in the wake of a large influx of refugees in 2015. Last June, a pro-migrant mayor was shot and killed by an alleged extremist,, and in October, an anti-Semitic gunman killed two people after trying to storm a synagogue in Halle.

READ: Inside the far-right conspiracy movement that’s preparing for a showdown with Germany’s government