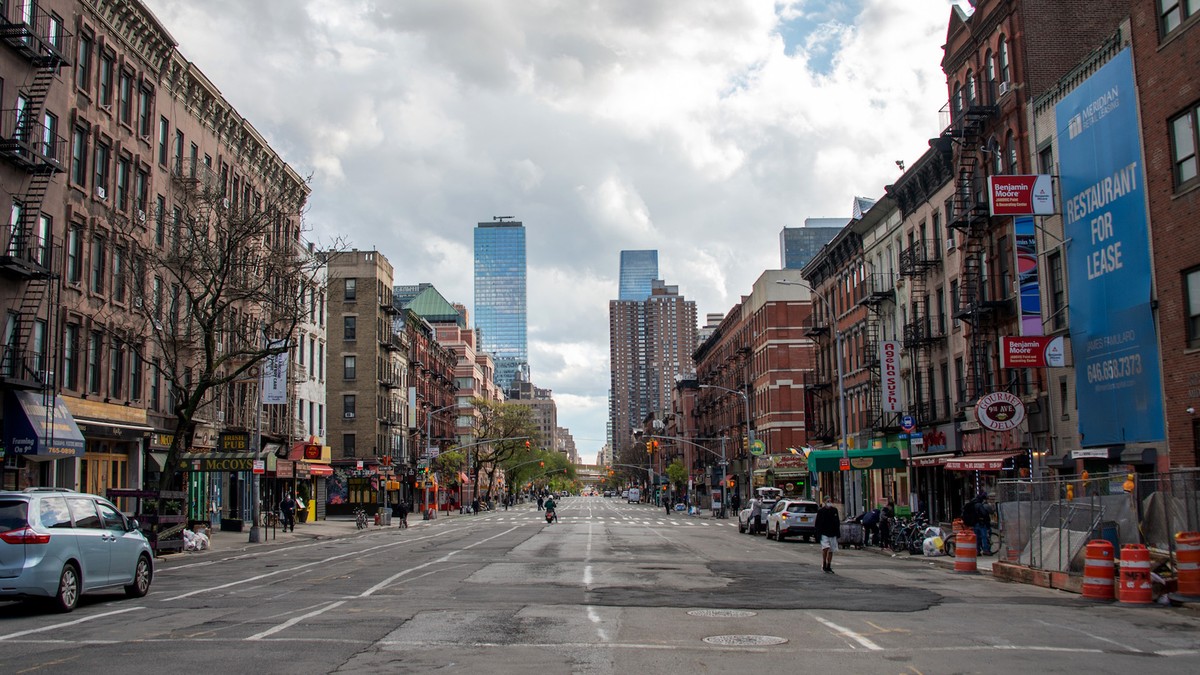 Thousands of tenants in New York City are about to embark on the city’s largest rent strike in decades.

Renters account for approximately 68% of all households in New York City, compared to 36% nationally. The city has been overwhelmingly devastated by the coronavirus pandemic, and low-income renters argue they’ve felt the brunt of that impact without much assurance they’ll be cared for once the public health crisis abates.

So advocates are urging renters to simply stop paying on May 1.

The strikers are demanding that New York Gov. Andrew Cuomo cancel rent and mortgage payments for four months or the duration of the coronavirus pandemic, whichever is longer. That would be a significant escalation from the state’s current solution: a moratorium on evictions, which is set to end June 20. And it’s a recognition that the economy could remain in crisis for years.

On Monday, the strikers got a high-profile supporter.

“People can’t pay,” Rep. Alexandria Ocasio-Cortez, the progressive Democrat from the Bronx, who is co-sponsoring a national bill to cancel rent, said on a call with strikers Monday. “You cannot coerce someone into doing something that they cannot do. There is no money in the bank. People need to feed their kids.”

At least 57 apartment buildings including 1,814 tenants across New York City are participating, according to advocates with the group Housing Justice for All. Most of the strikers, advocates say, are people who wouldn’t have been able to make rent in May anyway.

Separately, nearly 9,000 people have signed an online pledge to either support the strikers, or agree to withhold rent. Other groups are organizing rent strikes in Philadelphia; Chicago; Alexandria, Virginia; Gainesville; and Los Angeles.

“With each passing day, it becomes more and more clear that there is no plan for the millions of people who rent, for the millions of people who are homeless,” said Cea Weaver, campaign coordinator with Housing Justice for All, a coalition of affordable housing advocates in New York State. “The reality that the federal government and our state government is not stepping in to take this issue seriously is really sinking in.”

Advocates organizing the strike have been circulating exhaustive guides for effective organizing, rallying tenants in Zoom meetings, and advising first-time strikers across various messaging apps like WhatsApp and WeChat.

In one new apartment building in Brooklyn’s Bushwick neighborhood, Lafleur Duncan, a 52-year-old nanny, is planning to withhold next month’s rent — not that she would’ve been able to pay in full anyway. She’s not working right now and hasn’t yet received unemployment benefits, meaning her $2,400 a month for a two-bedroom apartment is on the line.

Tenants in her building tried to negotiate with their landlord, Bushwick Realty Holdings, to cut rent by 50%. They also asked that the landlord provide total relief to the five tenants who didn’t have any money at all. They said that went nowhere. So they’ll be holding rent on May 1.

“Even if they will not evict us, we still have to come up with the money at the end of this to pay rent, and if we’re not working, where are we going to find all of that money?” Duncan said.

Other tenants worry that at the end of Gov. Cuomo’s rent moratorium, they’ll just be left with a mountain of back rent they won’t be able to pay.

“It’s really just pushing it farther down the line, and leaving the most vulnerable people to shoulder that,” said Gabo Camnitzer, an artist and professor who lives in the building but can currently afford his rent. He won’t pay it, though, out of solidarity with neighbors like Duncan.

New York City hasn’t seen a rent strike of this scale since the 1970s when residents of the Bronx’s Co-Op City struck over rising carrying charges. In the 1960s, hundreds of buildings went on strike in Harlem over destitute living conditions, sending rubber rats to the governor’s office in protest.

Today’s strikers hope that by banding together in their non-payment, tenants can cause a domino effect in which both renters and politically influential landlords pressure the state to do anything to remedy the strike.

“People don’t have the money to pay the rent, and what we’re asking them to do is politicize that experience,” said Tara Raghuveer, director of the “Homes Guarantee” campaign at People’s Action, a national network of grassroots advocacy groups advising renters around the country.

“A whole class of people have had their income zeroed out.”

“The circumstances of the moment are so absurd: By no fault of their own, a whole class of people have had their income zeroed out.”

As they see it, small landlords could benefit from the strike too, either by legislators enacting mortgage relief or upon the unlikely passing of Minnesota Rep. Ilhan Omar’s bill, which would establish a relief fund for landlords who agree to meet a certain set of requirements, including not raising rent.

Martin said that Omar’s bill — which requires landlords to cap rent increases if they want help — isn’t doable when one considers the rising cost of upkeep. He also worries that the rent strike could be destructive for smaller, family landlords who would consequently miss their myriad payments, including their property taxes, payroll, water costs, and more.

Instead, he proposes that tenants receive some sort of direct relief from the federal government, which has been a solution enacted by governments in Europe. The rent strikers believe that sort of proposal puts the burden on renters, rather than their landlords, however.

“Certainly there’s an argument to be made for people going on rent strikes if they’re demanding better services,” Martin said. “But that doesn’t seem to be the motivation here. It seems to be to force political action. And the difference here is that when you’re calling for a rent strike in this context, you’re calling to prevent the payment of property taxes, which fund vital services.”

And then, there’s a possibility that some strikers will be evicted once New York’s moratorium is lifted in late June. Tenant organizing guides warn of that fact, too, although they offer that if the strikes grow large enough, organizers will be more likely to win their demands. To them, organizing is worth the risk, especially if it causes long-lasting political change and economic relief.

“I don’t think any attorney would advise any and all tenants to engage in a rent strike without considering their particular circumstances and risks that are associated,” said Jason Wu, a New York City attorney and trustee for the Association of Legal Aid Attorneys. “But I wholeheartedly support the rent strike movement because it’s fundamentally about building tenant power.”

No, Drinking Warm Water Won’t Stop You From Getting Coronavirus