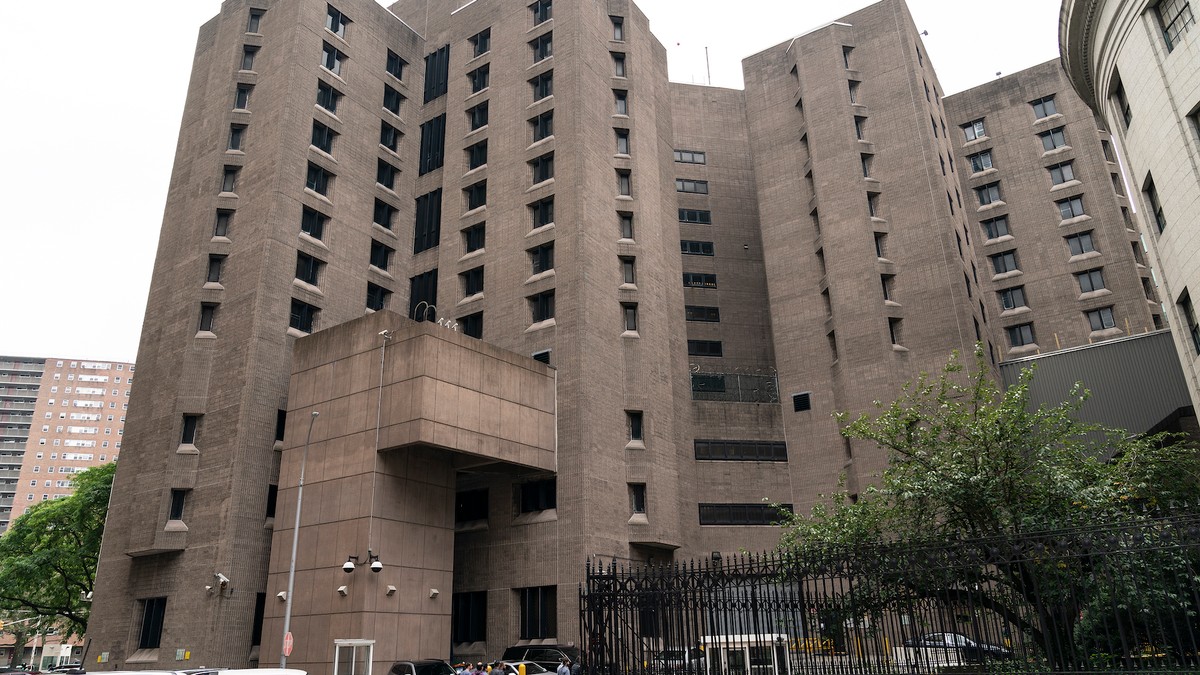 A federal prisoner at New York’s Metropolitan Correctional Center (MCC), the federal jail that has housed high-profile inmates such as Jeffrey Epstein and Joaquín “El Chapo” Guzmán, has been diagnosed with COVID-19, the disease caused by the novel coronavirus

A memo from the jail’s warden obtained by VICE News says the inmate received the diagnosis on Monday afternoon after “complaining of chills, body aches, and fever” Sunday morning.

“He had a dry cough and headache,” Warden M. Licon-Vitale wrote to jail staff. “He did not have shortness of breath, chest pain, or nasal congestion.”

The warden said the inmate was evaluated by jail medical staff at around 9 p.m. on Sunday and subsequently sent by ambulance to New York Presbyterian Lower Manhattan Hospital. The warden’s memo says the inmate is due to be sent from the hospital back to the jail, where he will be placed in isolation. The inmate’s name and age have not been released.

The warden’s office did not immediately respond to a request for comment on the situation.

The warden’s memo says the inmate was held in the jail’s 11 South unit, and that no other inmates are being transferred in or out of that area as a precautionary measure. All prisoners held in that area are scheduled to undergo medical evaluations, the warden wrote, and “will continue to be assessed daily for symptoms.”

“We are conducting a contact investigation and all staff who came in contact with the inmate within the last 14 days are being notified and screened,” the warden wrote.

The facility has a high-security unit known as 10 South, one floor below where the inmate tested positive for COVID-19 that has been used to house some of the most notorious prisoners in the federal system. Those include El Chapo, the former Sinaloa cartel leader, and Epstein, the billionaire investor who hanged himself in his cell last August while awaiting trail on sex crimes charges. The unit has been dubbed “Little Gitmo” because of the extreme security precautions that are in place, and because several terrorism suspects have been held there.

Earlier this month, the MCC was placed on a week-long lockdown after a loaded gun was discovered inside an inmate’s cell. A source familiar with the situation at the MCC told VICE News that the inmate who tested positive for COVID-19 was transferred out of the MCC during the lockdown to another federal facility in Otisville, New York, while authorities conducted a search for contraband. During that time, specially-trained BOP staff members converged on the facility to search the cells, potentially exposing them to the virus. Those staff members have since left and dispersed around the country.

Three inmates in federal prisons or jails tested positive for COVID-19 over the weekend, including one at the Metropolitan Detention Center, a jail in Brooklyn. The other two positive tests occurred at FCC Oakdale in Louisiana.

Tyrone Covington, president of Union Local 3148, which represents guards and staff at the MCC, told VICE that 10 prisoners at the jail were under quarantine due to potential exposure to the inmate who tested positive at the MDC in Brooklyn while in a shared holding area.

“Until the BOP and DOJ shut movement down of federal inmates, this is going to continue to happen,” Covington said. “It’s only a matter of time until the system starts to experience an overload of sick inmates and staff members.”

The BOP, which houses over 175,000 inmates across the United States, has released a COVID-19 “Action Plan,” which says prisoners are no longer being transferred between facilities with “limited exceptions.” The BOP says inmates can be moved medical treatment, release to the community, and “other case-by-case exceptions.”

A BOP spokesperson responded to an inquiry from VICE News but did not immediately answer questions about the situation with COVID-19 in the federal prisons system.