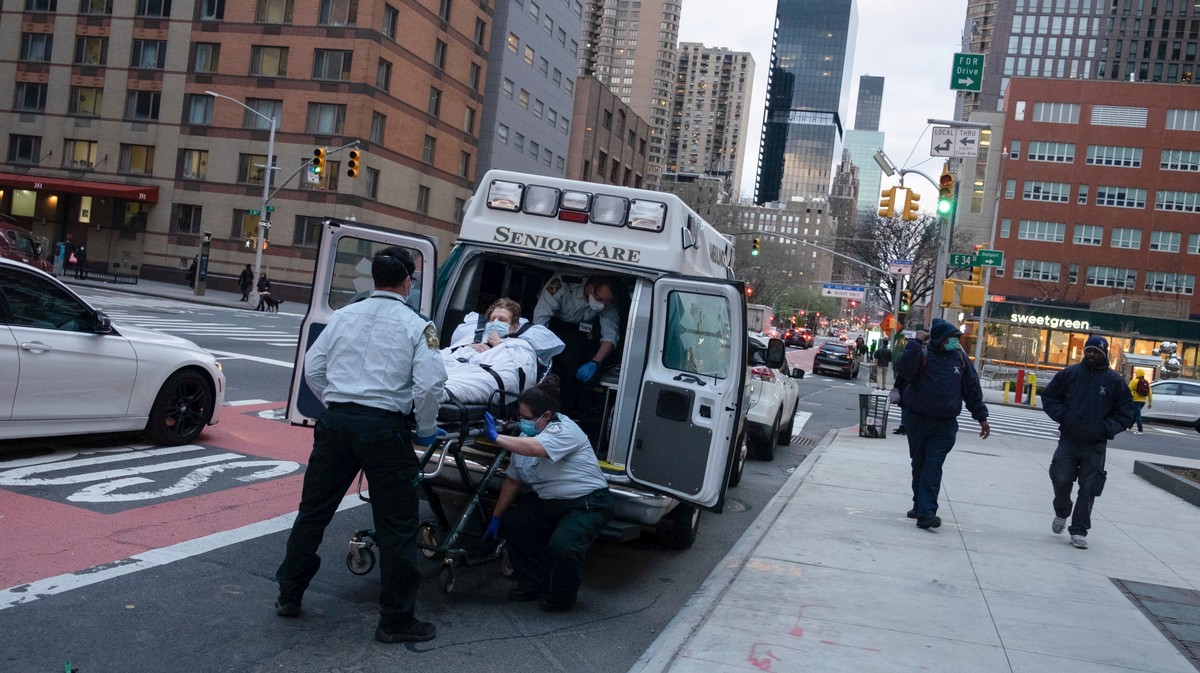 New York is seeing coronavirus infection rates level off as the state’s governor and the mayor of New York City clash over the fate of the metropolitan area’s public schools.

In Albany, Gov. Andrew Cuomo announced that 783 New Yorkers died of COVID-19 since Friday’s coronavirus briefing. The governor said that things seem to be improving, but the death tolls is far from where the state wants it to be. Just two days ago, coronavirus deaths hit an all time high in the state, with 799 deaths. As of Saturday, New York has seen 8,627 coronavirus deaths.

“It is stabilizing, but stabilizing at a horrific rate,” Cuomo said. “These are incredible numbers depicting incredible loss and pain.”

Hospitalizations in New York are up slightly with 18,654 admissions compared to Friday’s 18,569, while Intensive Care Unit admissions are down overall, despite an increase over the last two days. Cuomo said that these numbers appear to show that the state has reached an apex in the number of hospitalizations.

Cuomo said that the state is approaching “the end of the beginning phase” of the epidemic and that New Yorkers will need to remain practicing social distancing in order to keep the numbers stabilized. He echoed Dr. Anthony Fauci’s statement on Friday, saying that it is far too early to consider reopening the state because the curve appears to be plateauing.

“It is too soon for Monday quarterbacking because the game isn’t even over yet,” he said. “We don’t know if there’s going to be a second wave or not. All of these things are yet to come.”

But, Cuomo said, it was also too early to make a decision about keeping New York City’s public schools closed, contradicting Mayor Bill de Blasio, who had announced just hours earlier that New York City students will not be returning to classes this semester.

The mayor’s school closing announcement came after nearly a month of uncertainty regarding the rest of the school calendar year for the nation’s largest school district. He said the remainder of the year will be conducted via online instruction.

“We’ve had conversations the last few days to say is it viable, is it safe, is it smart, would it work, would it help our children? Would it be fair to the entire school community to bring our schools back at this point?,” de Blasio said during a press conference Saturday morning. “Lord knows having to tell you that we can not bring schools back for the remainder of the school year is painful. But I can also tell you that it’s the right thing to do.”

“I know that this may come as a bit of a shock to everyone out there, but the mayor and I absolutely agree that this is in the best interest of all New Yorkers,” Carranza said.

But the governor seemed to undermine de Blasio’s authority over the matter later in the day, calling the mayor’s announcement “his opinion.”

“I understand the mayor’s position which is he thinks schools should be canceled for the rest of the year,” Cuomo said. “When we made the decision to close the schools, we made it for the entire metropolitan region: Suffolk, Nassau, New York City, Westchester, Rockland. You can’t make a decision just within New York City without coordinating that decision with the whole metropolitan region because it all works together.”

But just minutes after Cuomo made those comments, de Blasio’s administration appeared to double down on its announcement, with a mass text sent to New York City parents.

Cuomo said that he plans to coordinate the re-opening of New York schools with the neighboring states of Connecticut and New Jersey.

“There has been no decision,” Cuomo seemed to say definitively. “That is the mayor’s opinion. I value it. But the decision will be coordinated among all of them.”

Cover: An elderly patient is discharged from the Bellevue Hospital in Manhattan amid the coronavirus pandemic. Despite the fact that hospitalizations are starting to level out, New York authorities are continuing to ask their residents to stay at home, practice social distancing and to use face masks as a preventive measure against the spread of coronavirus. (Photo by Braulio Jatar / SOPA Images/Sipa USA)(Sipa via AP Images)