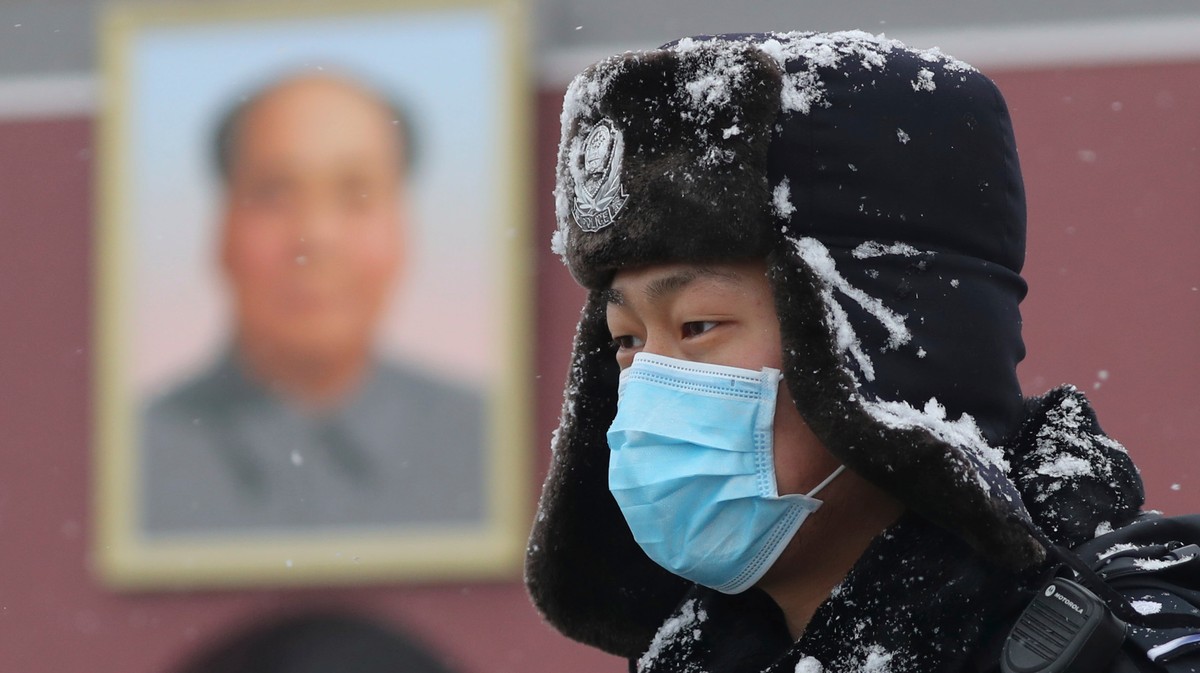 It took two weeks for doctors to confirm that Wang’s mother had coronavirus.

She started showing signs of the illness on Jan. 22, the same day China locked down the entire city of Wuhan, where she lives with 12 million other people. Four days later, doctors said both her lungs had become infected with pneumonia, but they still didn’t know why. They apparently didn’t have enough diagnostic tools.

Every day for those two weeks, Wang’s family woke at 6 a.m. to eat breakfast before walking for two hours to get to the hospital. The facility refused to admit his mother because they didn’t have enough beds, and Wang had to move his wife and child to another apartment because he was worried they would become infected too.

“It used to take us about half an hour to walk to the hospital, but now it would take us two hours because it’s hard for her to walk. My father has started coughing too now,” said Wang, a factory worker who asked to use a pseudonym over fear of reprisals from the Chinese government.

Once there, they waited for up to 10 hours each day, exposing themselves to hundreds of other patients, doctors, and nurses in cramped and chaotic surroundings. Finally, on Wednesday, the hospital admitted Wang’s mother for coronavirus treatment.

“Of course we’re panicking. The virus is spreading fast. And a lot of people couldn’t get admitted to hospitals.”

As the coronavirus death toll climbs toward 500 and global infections surpass 24,500, the Chinese government has begun to admit some “shortcomings” in its initial response to the outbreak. But Beijing claims it now has the situation under control and is taking proactive steps to contain the outbreak. Officials have created the world’s biggest quarantine zone by locking down Wuhan and 13 other cities in Hubei province, where up to 60 million people remain trapped. The cities have also severely restricted transportation into and out of the cities and built two huge hospitals in the span of two weeks.

But people inside the quarantine zone who spoke to VICE News and leaked details in online accounts reveal an atmosphere of fear and anger at the government’s delayed response and censoring of critical voices.

“Of course we’re panicking,” said a female activist living in Hubei. “The virus is spreading fast. And a lot of people couldn’t get admitted to hospitals. There are people in favor of the government’s decision to quarantine and others who are against the idea. But everybody is scared.”

The activist declined to be named after she said national security officers told her not to conduct any media interviews.

The beginning of the outbreak

The coronavirus outbreak was first reported in early December in Wuhan, but the government didn’t officially announce the crisis until Jan. 19, despite doctors raising concerns about a possible epidemic in late December.

At that point, three people were already dead, and the virus had spread outside of Wuhan.

But as government officials in Beijing finally revealed the scale of the outbreak publicly, authorities hosted a banquet to celebrate the Lunar New Year in Wuhan, where 10,000 families shared dishes like spicy duck necks and braised prawns.

READ: You can now go to jail in China for criticizing Beijing’s coronavirus response

“The dire situation at the moment is a direct result from the Hubei politicians’ trying to hide the truth for the sake of their political career,” the female activist said. “I think the government is now working hard on it, but it is already too late. There’s no way we can meet the needs of patients with such a lack of medical staff.”

In the Wuhan and Hubei Lianghui, for example, annual meetings of the city and provincial governments happened between Jan. 6 and Jan. 17. A week before the meetings began, the Wuhan Municipal Health Commission had issued a warning about a pneumonia-like epidemic spreading within the region. Interestingly, no new coronavirus cases were reported during the meetings, an anomaly the government has attributed to a lack of testing kits.

Inside the Hubei lockdown zone, supplies of food and other essentials are still relatively plentiful, according to the activist, and the streets of Wuhan are very quiet. But a lack of resources means that people simply don’t believe they will receive the treatment they need.

“The doctors are working very hard, but they can’t solve the crisis. They don’t have enough people, medical supplies, or masks,” the activist said.

The government’s decision to ban all buses and trains from operating in the city may be intended to limit the spread of the virus, but for those without their own transport, daily life has become very difficult.

“We have to walk because all public transportation has been shut down, and I don’t have a car,” Wang said. “Taxies are not running either. I would borrow a car from friends but a lot of them are suffering from the same situation, and they need the car for their own family.”

And not only Chinese nationals are trapped in Hubei.

Dozens of countries have been chartering planes to get their citizens out of the lockdown zone, but a group of 80 Pakistani students in Huangshi, a city of 2.5 million people about 50 miles from Wuhan, say their government has forgotten them.

Kashir Sanhu, one of the students studying medicine at Hubei Polytechnic University, told VICE News that their appeals to Islamabad have fallen on deaf ears. Although the government has begun to repatriate some students from other parts of China, those in Hubei remain isolated.

“We made some video messages and sent it to our media,” Sanhu said. “Our government listened, but they said because none of us had been infected, why should they bring us home?”

The Chinese government has been eager to control the narrative around the coronavirus outbreak in recent weeks. The state-controlled media has been pumping out time-lapse videos accompanied with stirring music that show just how quickly the first of two 1,000-bed hospitals in Wuhan were built.

At the same time, the government has looked to silence negative voices on social media that would criticize the government’s actions.

“I did try to get my story out,” Wang said. “You can look at my Weibo. I post updates every day. I also tried to get paid engagement on social media like Weibo or Douyin [the Chinese version of TikTok], so more people see my posts. But the platforms rejected my requests and returned my payment. They said my messages were too negative to spread.”

Neither Weibo nor Douyin responded to requests for comment.

Censorship is a common complaint among internet users in China, where the government operates a zero-tolerance policy on any content critical of the government. But the outcry about the response to the coronavirus outbreak has been so large that the government is struggling to silence all the voices.

Australian political cartoonist Badiucao is publishing a diary translated from a first-hand account given to him by a Wuhan resident, which details the daily reality of life in Wuhan.

Some residents have also been able to post their videos to YouTube, despite China banning the platform. In the videos, they detail daily life inside the lockdown zone.

“It’s all lies,” one woman says on a video where she warns viewers not to trust the government.

The woman said her mother waited from 10 a.m. until 2 a.m. the following morning in the hospital when she finally saw a doctor. She added that a healthy person would have come into contact with so many infected people during that time, they would have become sick themselves anyway.

Online groups are also crowdsourcing and highlighting information from social media accounts in Hubei to translate and share on other platforms. It’s a bid to preserve the information in case Beijing’s censors delete it.

Almost two weeks have passed since authorities locked down Wuhan, and there’s no indication of when the city’s travel restrictions will be lifted as the number of deaths and infections continue to rise rapidly.

Until then, Wang will have to continue to make his daily trip to the hospital, putting his own life in danger.

“I’d rather not go to the hospital and take care of ourselves at home because we could easily get infected in the hospital,” Wang said. “We interact with hundreds of people. I have no idea if the person next to me carries the virus or not, [but] I don’t have the energy to worry about myself right now. I just want to save my mother’s life.”

Cover: People wearing face masks walk at a shopping district in Beijing on February 5, 2020. The number of patients who have been infected with a new coronavirus has reached to 24,000 and the death toll has been confirmed 490 so far as of February 5th in China.The Yomiuri Shimbun via AP Images )

A Parkland Dad Got Kicked Out of the State of the Union. Here’s Why.