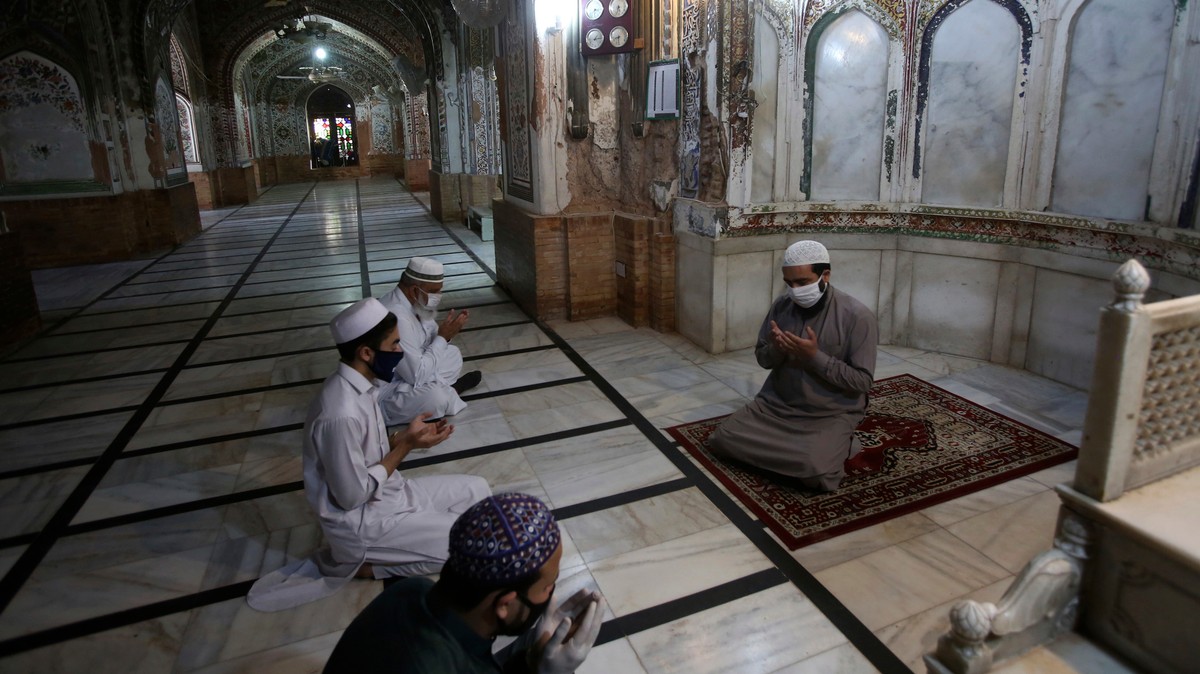 An influential group of Pakistani Islamic clerics has said it will flout the government’s restrictions on group prayers, fueling fears that crowded mosques during Ramadan could result in a catastrophic coronavirus outbreak.

For the past two weeks, Pakistan’s government has officially restricted gatherings in mosques to five people or less, due to the fears of the virus spreading widely among worshipers. While the regulations haven’t been haven’t been strictly enforced, they have upset the religious establishment in the devoutly Muslim country, and on Tuesday, a group of 53 senior clerics announced that they would no longer observe the restrictions, declaring that they were not applicable to mosques.

“The closure of mosques, shutting down Friday prayers and Taraweeh [additional ritual prayers performed during Ramadan] is unacceptable to the countrymen,” said Pir Azizur Rehman Hazarvi, an Islamabad-based cleric affiliated with the Wafaqul Madaris al Arabia, a large federation of Islamic seminaries.

He said that to confront the coronavirus outbreak, it was important for people to seek forgiveness from Allah and increase attendance in mosques. Acknowledging the challenge that their position made to the government’s authority, he said clerics would make every effort “to avoid clash[es] and confrontations with the government and the state institutions.”

Mufti Taqi Usmani, one of Pakistan’s most influential clerics, told a media briefing in Karachi that the mosques would take measures to combat the virus, such as distancing worshipers, removing carpets, disinfecting floors, and providing hand sanitizer, while advising the elderly and unwell to pray at home.

“In the present conditions, five daily prayers along with precautionary measures are essential,” he said. A video clip released by the clerics showed religious leaders seated alongside each other, in breach of the government’s social distancing regulations.

The threat to resume mass prayers is especially concerning ahead of the start of the Muslim holy month of Ramadan next week, when attendance at prayers is at its highest. And it’s caused alarm among health experts, who fear that large religious gatherings pose a major risk of triggering a widespread outbreak that would swiftly overwhelm the country’s limited healthcare infrastructure.

“The clerics’ announcement will definitely have an impact, as they wield significant influence and the ban on mass prayer is already quite tenuous here,” Ammar Rashid, an Islamabad-based public health researcher for research center Heartfile told VICE News.

“If mass congregations are fully resumed, the impact on the spread of coronavirus in Pakistan is likely to be huge.”

Many of Pakistan’s nearly 6,000 confirmed coronavirus cases so far have been linked to religious gatherings. Pilgrims have returned from shrines in hard-hit Iran, and other Pakistanis have come into contact with members of the missionary group Tablighi Jamaat, which has been linked to the spread of the virus in mosques throughout the country following a mass gathering in Lahore last month.

READ: A prayer meeting has created huge coronavirus clusters in India and Pakistan

Some religious leaders have even encouraged the belief that their faith helps shield them from the disease. One worshiper who was flouting the restrictions, 52-year-old Sabir Durrani, told Reuters that his prayer leader had told him that “the virus can’t infect us the way it does Western people.”

“He said we wash our hands and we wash our face five times a day before we say our prayers, and the infidels don’t, so we need not worry. God is with us.”

The government’s restrictions on gatherings in mosques had been challenged even before the cleric’s announcement Tuesday, with authorities in many areas appearing to turn a blind eye to breaches.

In Karachi, Pakistan’s largest city, worshipers attacked police last Friday as they attempted to halt prayers, injuring a policewoman. Meanwhile in the capital Islamabad, one of the city’s most radical clerics has been circulating footage of huge congregations gathered for Friday prayers. He has also denounced the government restrictions and called on the faithful to openly flout the lockdown. According to reports, their brazen example has led a growing number of other mosques to follow suit, but local officials fear that a crackdown would lead to a major backlash from worshipers.

Observers say they don’t expect the Pakistani government to take a hardline response, as the religious establishment holds huge clout and the government is wary of angering the clerics.

READ: A Christian woman is out of a Pakistani jail for blasphemy. Now religious hardliners want her dead

“If the past is our guide, then the government will end up appeasing quite a lot of them, and allowing things to go ahead,” Gareth Price, senior research fellow at the Chatham House international affairs think tank told VICE News.

He said that the issue wasn’t unique to Pakistani Muslims, with devout worshipers of different faiths continuing to gather in breach of social distancing guidelines around the world.

In Virginia, evangelical pastor Bishop Gerald O. Glenn — who held packed services in late March claiming “God is larger than this dreaded virus” — was revealed Sunday to have died from the virus, while a pastor in France apologized after thousands of his parishioners were infected at a week-long church gathering. High rates of infection have also been reported among ultra-Orthodox Jewish communities around the world: In Israel, the ultra-Orthodox account for a tenth of the country’s population but make up about half of its hospitalized coronavirus cases.

Rashid said the government had taken a conciliatory approach so far, with Prime Minister Imran Khan promising to meet religious scholars to discuss their concerns even before they issued their demand Tuesday. He said it was unlikely the government would try to enforce the closure of mosques during Ramadan, and would likely try to convince religious scholars to limit congregation sizes instead.

“There is clearly a fear on his part… that this could hurt their religious vote bank and open them up to attacks by religious parties,” he said.

“Tragically, it seems the only thing likely to change everyone’s mind on this is large numbers of people dying.”

Cover: People offer Friday prayers in a limited number during a government-imposed nationwide lockdown to help contain the spread of the coronavirus, in Peshawar, Pakistan, April 10, 2020. (AP Photo/Muhammad Sajjad)

Inside Northern Italy’s Coronavirus Tragedy: ‘Normal Life Will Never Be the Same Again’