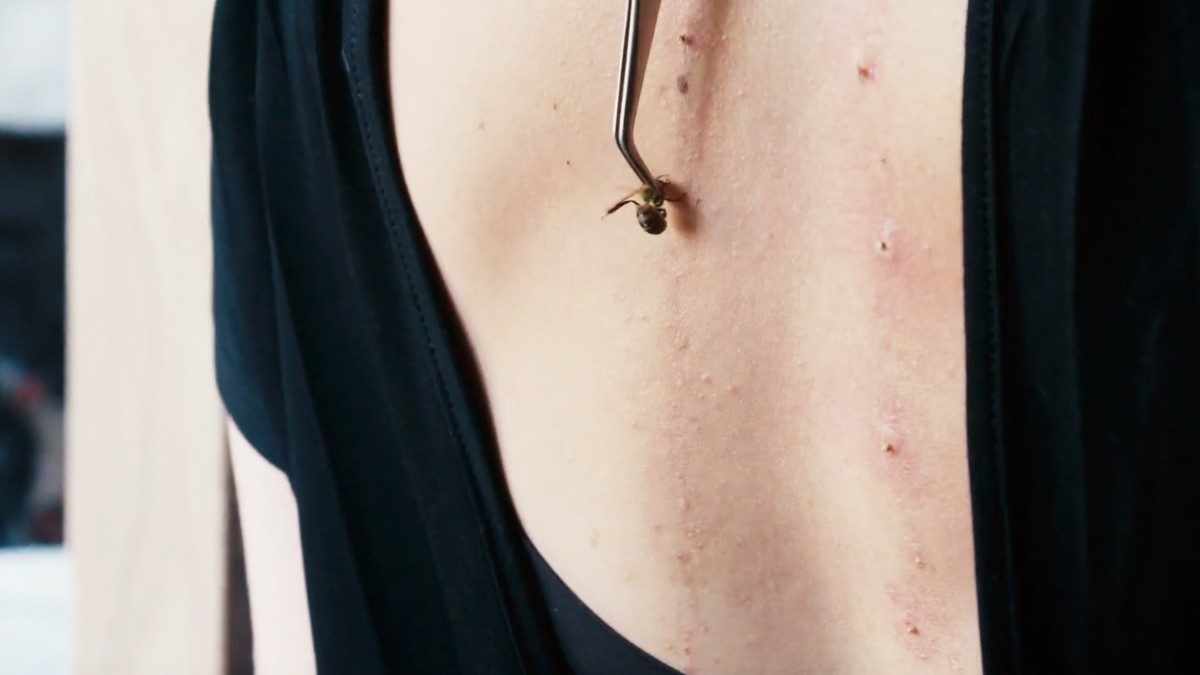 Lauren Rothman has been stinging herself with bees for over a year — on purpose. She does this three times a week, 10 bees at a time, and leaves the stingers in for up to 20 minutes along her spine. Why?

She has chronic Lyme disease, and the bee venom keeps the symptoms of the disease at bay.

“These bees have given me my life back,” Rothman, 34, told VICE News, as she carefully lowers a bee onto her back with tweezers and allows it to sting, emptying its venom sack and producing a red welt.

“I plan to continue to do it until I know that I’m okay. If that takes four years, I’ll do four years. It’s become so routine for me that it’s like making a cup of coffee,” she said.

The protocol is known as bee venom therapy (BVT), and among those afflicted with chronic Lyme, it’s gaining a lot of adherents. They call themselves “stingers.”

“I meet online two or three new people every week who I haven’t found before, who are doing BVT,” she said. “Most people, if not everyone, say that they’re improving.”