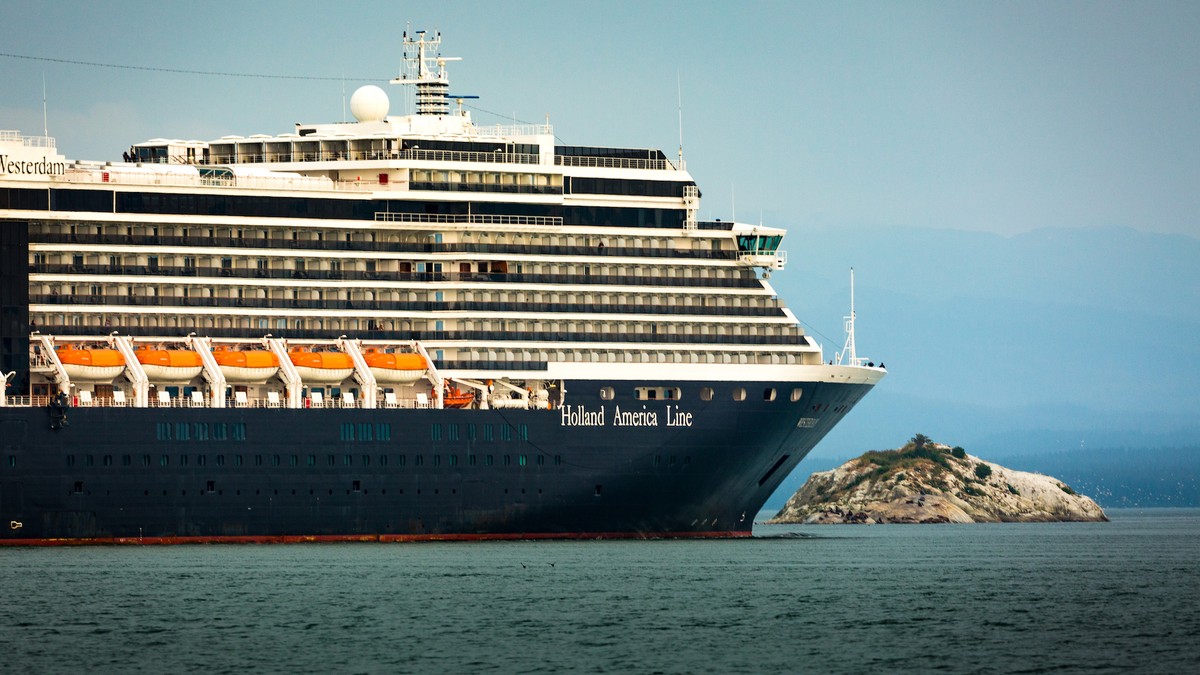 Thailand became the fifth country to refuse to dock the Westerdam, a luxury liner carrying 2,257 passengers and crew stranded off the coast of Vietnam on Tuesday, due to fears over the coronavirus.

The ship left Hong Kong on Feb. 1 on a 14-day cruise of East Asia. But rather than seeing the sights of the region, the ship’s 1,455 passengers have been stranded at sea, after Taiwan, Japan, the Philippines, and Guam all refused permission to land, citing concerns over the potential spread of the coronavirus.

That’s despite the ship’s operators insisting they have no reason to believe anyone on board is infected.

Now some passengers are getting desperate.

Scott Willett, whose 25-year-old daughter, Rebecca Willett, works as a classical pianist on the Westerdam, tweeted at President Donald Trump and Vice President Mike Pence Tuesday, urging them to intervene to find a solution.

Willett, a sales manager from Virginia Beach, Virginia, told VICE News that his daughter urgently needed to get off the ship, as she had become ill in recent days and was told by doctors she required an ultrasound to assess the issue and determine if she needs surgery.

“Everybody is stuck, and there’s no way to get the needed medical attention until they can go into port,” he said. “We’re hoping and praying that all of them can get off the ship.”

He said there was “a lot of frustration” on board as passengers remained in limbo, although his daughter and other performers had continued to work to try to “keep people distracted and give them something else to think about.”

READ: Here’s what’s happening on that cruise ship in Japan with 135 coronavirus cases

Passengers were told Monday they would be allowed to disembark in Bangkok, but on Tuesday, Thailand’s Public Health Minister Anutin Charnvirakul dashed those hopes, saying he had refused permission for the ship to dock. Thai officials said that instead they would provide fuel, medicine, and food to enable the ship to reach another destination.

Passengers on board the cruise liner tweeted their frustration Tuesday following reports they wouldn’t be disembarking in Thailand as expected.

“I can understand how despair can set in when hope is dashed,” tweeted one passenger after the news broke Tuesday. “Praying someone helps us out!!”

The next step for the Westerdam, following Thailand’s refusal, is unclear. But a statement from the World Health Organization Tuesday appeared to point to one possible solution.

In its latest situation report, the WHO said that Thai officials had indicated that if the ship entered the country’s waters, “authorities may seek to board the ship” to screen those on board and determine whether they could eventually disembark in Thailand.

Neither the WHO nor Holland America Line, which operates the Westerdam, would elaborate on the statement in responses to VICE News, or confirm whether the ship, currently heading westward off the southern coast of Vietnam, intended to enter Thai territorial waters.

But Willett said he understood the ship’s crew were intending to continue into Thai waters, where his daughter and others aboard were hoping they would eventually be allowed to leave the ship after being assessed by health officials.

READ: China is erasing tributes to the coronavirus whistleblower doctor

“The ship is still headed up into that peninsula toward Thailand. I think the ship has every intention of going towards Thailand,” he said. “The passengers and performers have been booking flights home for Thursday evening — they’ll be hoping to wake up on Thursday morning in that port.”

The moves to refuse or quarantine cruise ships come as governments ramp up their efforts to stop the spread of coronavirus, which has killed more than 1,000 people since it was first reported late last year in Wuhan, China.

The Diamond Princess, a ship owned by the same cruise giant that owns Holland America Line, Carnival Corp., is currently in quarantine in Yokohama, Japan, with nearly 3,700 people on board. A total of 135 people on the ship have been diagnosed with the virus, in the largest concentration of infections outside China.

Democrats Are Finally Coming For Your Plastics