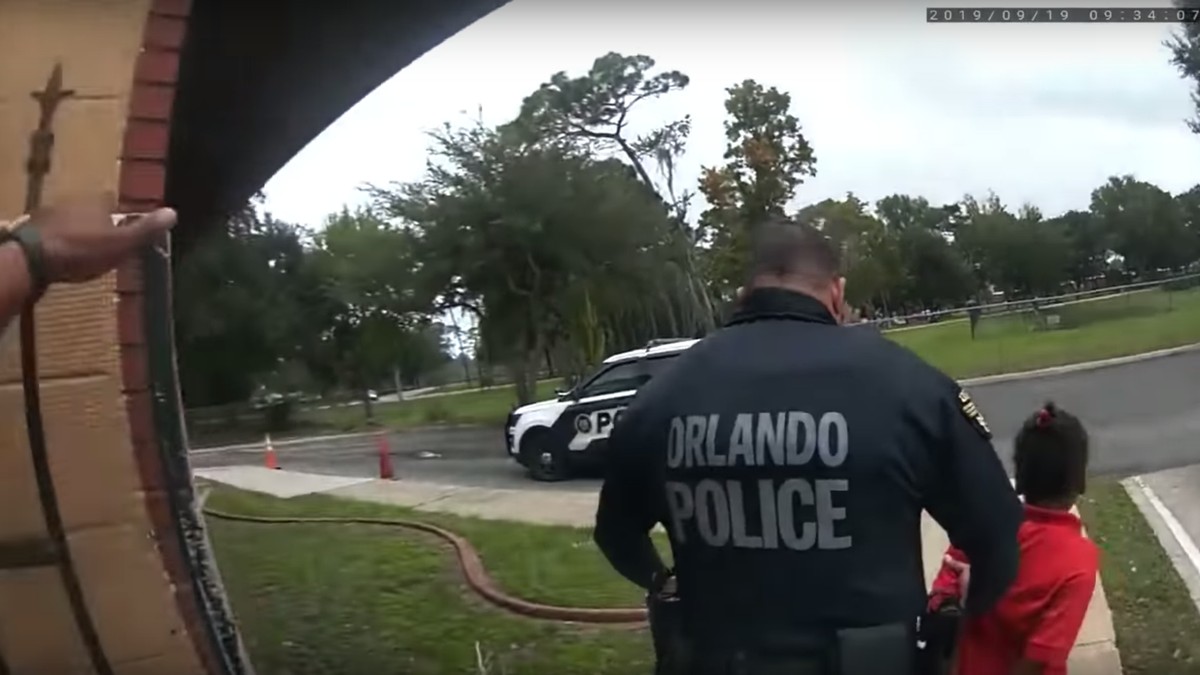 The ex-Orlando cop who was fired this past September after he arrested a 6-year-old girl said she’d broken his personal record. Before her, he explained to an employee at her school, the youngest kid he’d ever arrested was 7.

Earlier in the day, Dennis Turner and another, unnamed responding officer had zip-tied the first-grader’s wrists as she sobbed and pleaded to be released, according to footage from a body-worn camera released this week.

“Please, help me,” the little girl asked the two officers, through tears.

The disturbing video was first obtained by local media outlets, including the Orlando Sentinel and NBC affiliate WESH Orlando. The two officers were at the school to respond to a report that a young girl had hit and kicked three school staff members.

“Come on, let’s go,” Turner, who was wearing the body camera, can be heard saying to the little girl.

“I don’t want to go in the police car,” she sobbed.

“You have to,” the other officer on the scene, who has not been identified, responded.

“No, please!” she said. She had to be lifted into the back of the squad car.