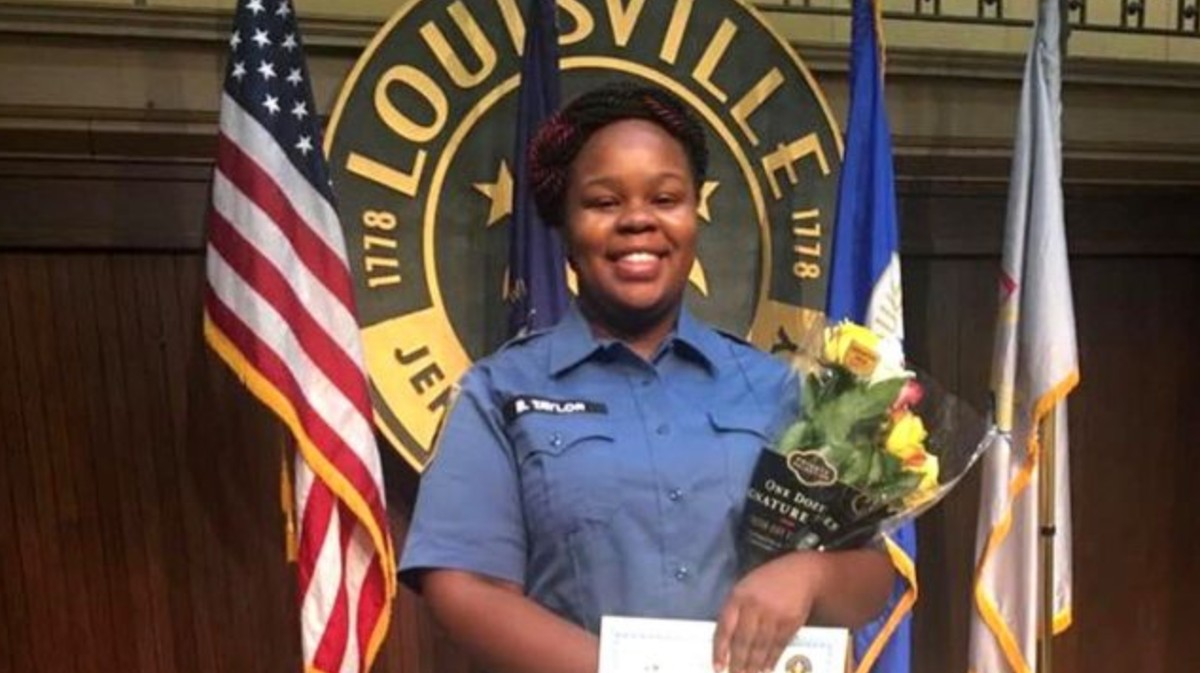 Breonna Taylor’s mom knew something was wrong when she got a call after midnight on March 13 from Taylor’s boyfriend. He said that he believed their home was being broken into.

“I think they shot Breonna,” her boyfriend told Taylor’s mother over the phone.

Taylor, a 26-year-old EMT, was killed in her Kentucky apartment by cops who were executing a search warrant as part of a narcotics investigation. The police say Taylor’s boyfriend shot a cop, and they responded with a volley of bullets, at least eight of which struck Taylor.

But Taylor, who had no criminal record, wasn’t the subject of the investigation, and the police found no drugs in her home.

Over the last two months, Taylor’s death has sparked national outrage and a lawsuit from Taylor’s family. Now, the mayor of Louisville, Kentucky, is launching an investigation into her death. But lawyers representing Taylor’s family have argued that the tragedy hasn’t gotten the attention it otherwise would have, because of the coronavirus pandemic.

“Breonna’s name should be known by everybody in America who said those other names, because she was in her own home, doing absolutely nothing wrong,” said Benjamin Crump, who is also representing Ahmaud Arbery’s family, told the Washington Post.

The police department, which has said it’s conducting an investigation, has stayed tight-lipped on the details because their investigation is ongoing.

Here’s what we know about the case so far:

How the cops wound up at Taylor’s apartment

In their lawsuit, the attorneys say the police executed two search warrants early in the morning on the day that Taylor was killed. They were looking for a suspect, Jamarcus Glover, when they executed the warrant on Taylor’s home.

The cops had a no-knock warrant, and entered Taylor’s residence without announcing themselves according to the lawsuit. Taylor and her boyfriend, Kenneth Walker, were in bed, and thought their apartment was being broken into.

Walker fired a shot that struck an officer, according to his lawyer. The police responded by firing more than 20 rounds. Some of the bullets passed through the walls into an apartment next door, home to a 5-year-old child and a pregnant mother.

Walker is now facing charges of first-degree assault and attempted murder of a police officer. He’s not facing any drug charges, though the cops were conducting a narcotics investigation.

“Breonna had committed no crime, posed no immediate threat to the safety of the defendants, and did not actively resist or attempt to evade arrest prior to being repeatedly shot and killed by the defendants,” the suit says.

Taylor was a medical worker without a criminal record

Her death has left her family wanting for answers.

“Not one person has talked to me. Not one person has explained anything to me,” Tamika Palmer, Taylor’s mother, said in an interview. “I want justice for her. I want them to say her name. There’s no reason Breonna should be dead at all.”

Taylor was ready to go to work during the pandemic, according to her mother. Palmer said she was more concerned about her daughter’s safety as a healthcare worker than she was about her safety in her own home.

“She was an essential worker. She had to go to work,” Palmer said, according to the Washington Post. “She didn’t have a problem with that.”

Louisville’s mayor, Greg Fischer, stressed in a short statement about Taylor’s death that “expansive comments are not appropriate until all the facts are fully known.”

“Police work can involve incredibly difficult situations. Additionally, residents have rights,” he wrote in the statement. “These two concepts will and must be weighed by our justice system as the case proceeds.”

A Change.org petition asking Kentucky Gov. Andy Beshear to speak out on Taylor’s behalf had amassed nearly 70,000 signatures as of Wednesday.